Yuri Molchan
More than one million in Ethereum has been transferred by anonymous whales as ETH hits $515 and keeps rising; meanwhile 30% of ETH has been locked in by validators 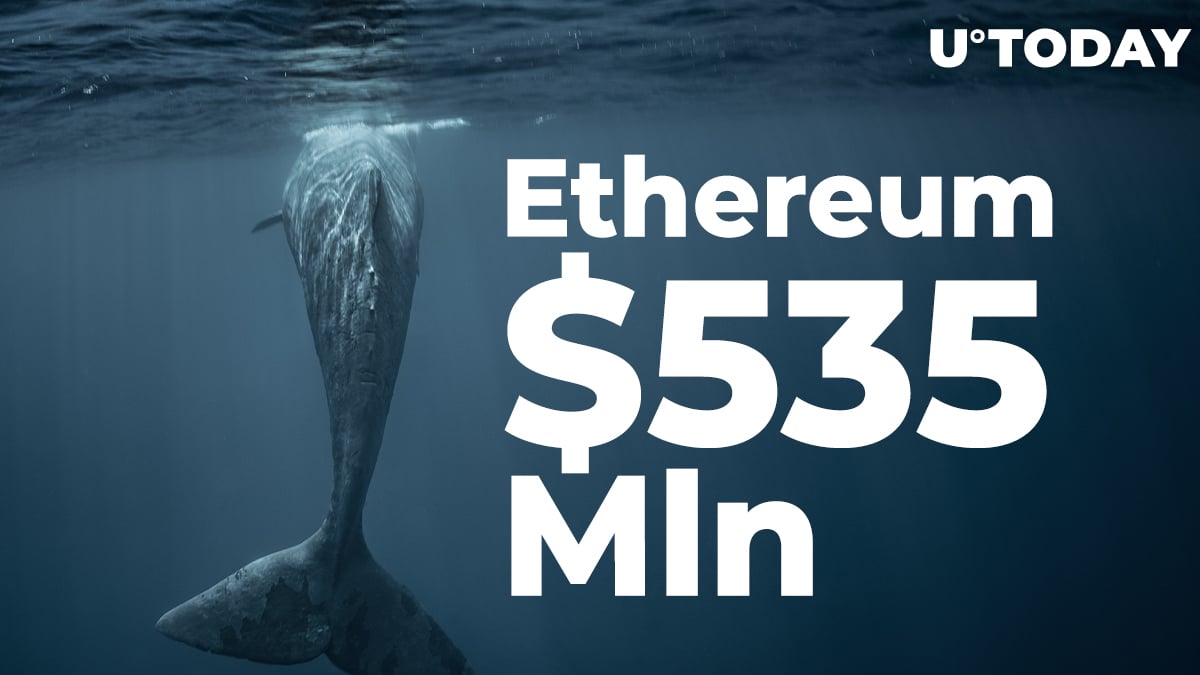 Crypto whales have pushed one million ETH between their wallets, large blockchain tracking service Whale Alert reports, while ETH has soared to the $515 level and keeps going higher.

According to the data shared by Whale Alert, over the past eight hours, a jaw-dropping amount of consecutive ETH transactions that carried slightly over 1 mln ETH ($535 mln in fiat).

The transactions were made between anonymous wallets, carrying lumps of 60 mln to 70 mln ETH each.

ETH surges to the highest level since 2018

The second biggest currency created by Vitalik Buterin’s mind reached at all-time high of $1,357 on January 10, 2018. Since then, after going below the $500 level, Ether has not been seen at it again, except now.

The majority of crypto market in the green at the moment, following the firm rise of Bitcoin above the $18,600 level. All of the top ten coins are on the rise, apart from USDT.

More good news today is that, slowly but surely, another ten percent of the necessary ETH amount has been sent by validators to the ETH 2.0 contract.

Two days ago, the number of deposited Ethereum totaled 105,000 ETH ($81 million), which was around twenty percent of the expected amount.

He added that over the past twenty-four hours, the biggest ETH amount has been deposited. The aforementioned amount stands for 30 percent of the 524,288 ETH necessary to kickstart the ETH 2.0 upgrade on December 1 on scheduel. That requires each validator to lock in a minimum of 32 ETH.

“158,016 ETH ($81 million) has been sent to the deposit contract with the last 24 hours representing the highest amount of deposits in a single day. This is ~30% of the amount needed to kick-start the eth2 Beacon Chain.”