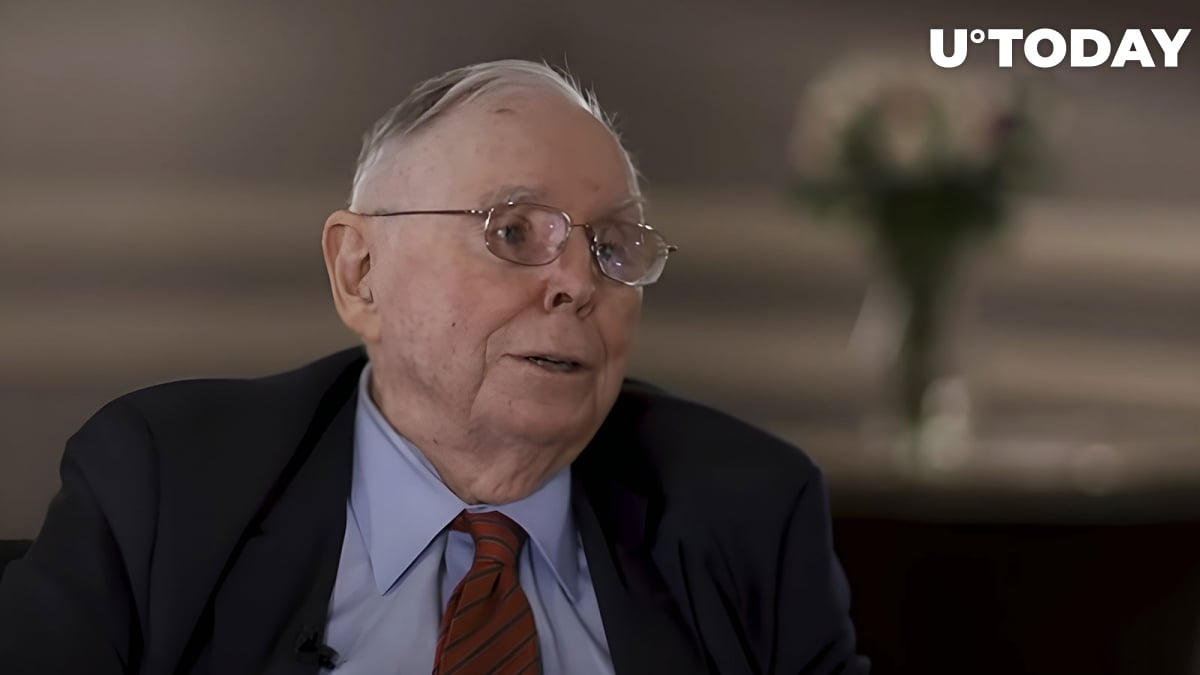 The 98-year-old billionaire investor said that crypto is "partly fraud and partly delusion," categorically rejecting the idea that there is a real crypto.

Warren Buffett's right-hand man expressed his disappointment with some reputable people who pivoted to crypto just because it was hot.

Not mincing words, the American investor called the idea of getting rich off minted tokens as "demented."

Munger has been exceling at Bitcoin bashing for a long period of time, seemingly upping his game with every new interview.

Munger also predicted earlier this year that the price of the largest cryptocurrency could collapse to zero.

As reported by U.Today, a 2018 video showing Buffett criticizing cryptocurrencies went viral on Twitter following the dramatic implosion of the FTX exchange. In the video clip, the Oracle of Omaha said that the cryptocurrency industry was attracting charlatans. Munger also called Bitcoin "disgusting."

Many started commenting that the two legendary investors, who are known as ardent crypto haters, were vindicated following the collapse of the FTX exchange.

Buffett dismissed Bitcoin for the first time back in March 2014. Back then, he predicted that the cryptocurrency would not be around in 10-20 years.