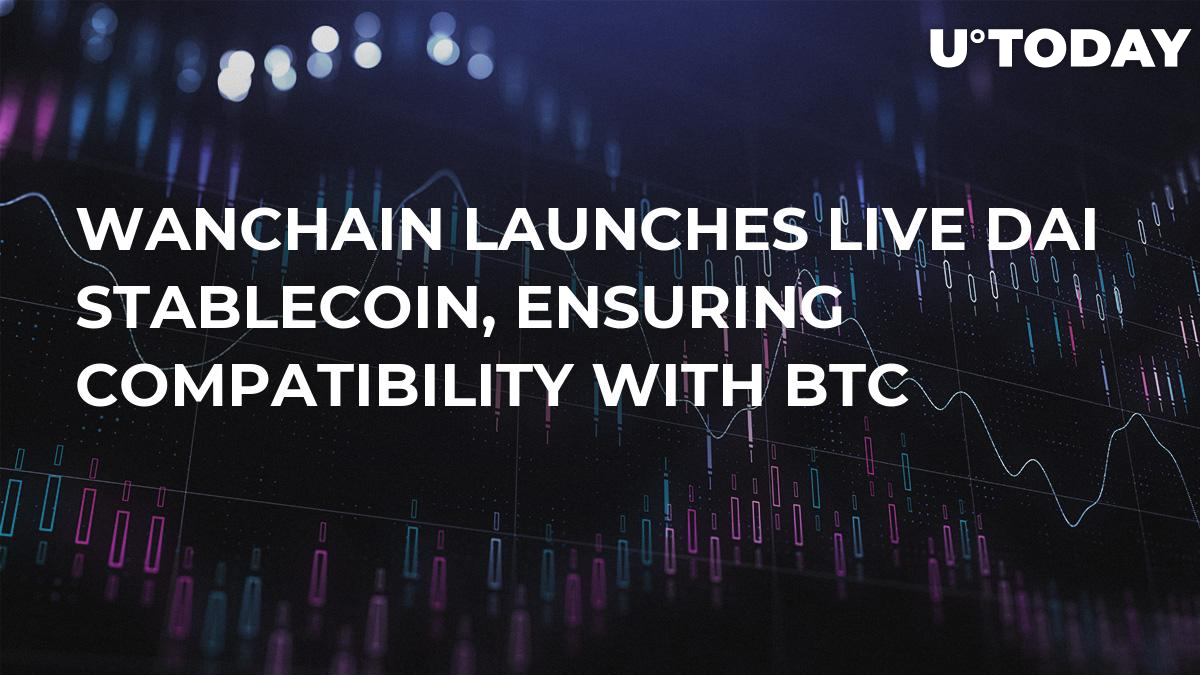 On Thursday, December 13, Wanchain company announced on its Twitter-blog that today two ERC20 coins, Dai and Maker, produced by MakerDAO, joined their chain and their community. Along with all other numerous communities, they are linked with so-called ‘Wanchain-wrapped’ Ethereum-based tokens.

Dai gets onto the upgraded network

The stablecoin Dai has now been released onto Wanchain’s open ledger after its version Wanchain 3.0 came out recently. The new blockchain will enable customers to swap Dai for BTC and vice versa, making this a totally decentralized process. Customers will also be able to add BTC to their collateralized debt position, adding it to ETH, thus making Bitcoin compatible with Dai and Ethereum.

Apparently, Wanchain 3.0 was made, having Dai and MKR implementation as one of its specific purposes. This was confirmed by the CEO of MakerDao, Rune Christensen. He reckons that Wanchain will improve Dai’s potential, which is crucial for a stablecoin.

The CEO of Wanchain, Jack Lu, is also satisfied with the adding of Dai to the company’s network, since they wanted to get some kind of a stablecoin anyway, so Dai was perfect for that, as per him. He also expects that in the near future this event will ensure a lot of new use cases for Wanchain.

Dai is a stablecoin issued by MakerDAO, supported by collateralized debt positions in Ethereum.

Maker (MKR) is another coin by the MakerDAO network, which the company made with several goals in mind. It makes the Dai rate stable since the platform can issue or burn MKR coins to hold the Dai price near $1 to the maximum possible extent.

Also, MKR is utilized in the platform’s model of governance. MKR holders are entitled to vote in the decentralized system of the company. Later this year, Wanchain also intends to launch MKR live, when the mainnet widens its connection to ERC20 tokens.

Wanchain 3.0 says it connects BTC with ETH and ERC20

Now that the new mainnet has been released, Wanchain now provides a link between Bitcoin, a few ERC20 coins and Ethereum. This is very important for ETH-powered platforms since they need interoperability between these major blockchains.

Now, as the Wanchain CEO says, anything created on Ethereum, whether it is a DEX, dApp or a protocol, can expand to the Bitcoin community as well. Decentralized exchanges will be able to give its users BTC trading pairs, which will ensure extra liquidity.