Yuri Molchan
On Dec 12, the market is covered by another red wave. Bitcoin is showing a slight decline, trading at $3,455, with its market cap being slightly over $60 bln 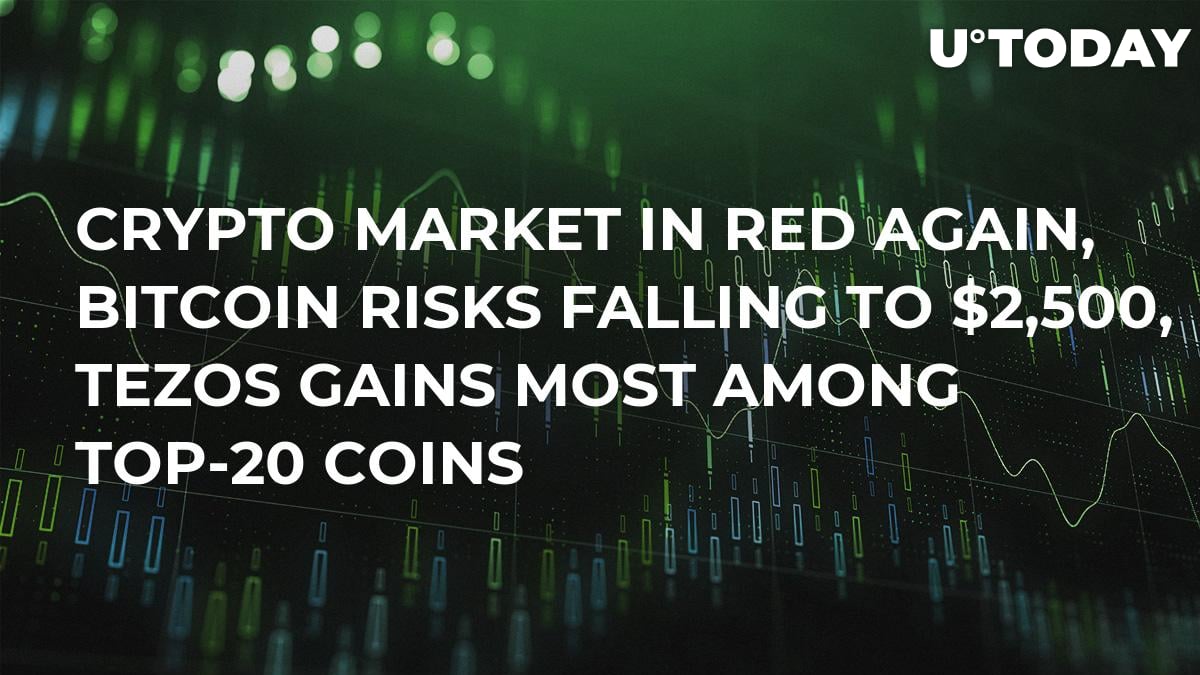 The whole top-10 category of coins is currently going down, Stellar being the biggest loser – nearly 4 percent over the last 24 hours. Next to it is Bitcoin Cash SV, which has lost 3.49 percent and is currently in position 8. Its ideological rival, Bitcoin Cash ABC, is holding on to place 6.

The major crypto coin has attempted to break through the resistance point at $3,700, which technical analysts have been talking about recently.

The current trading volume of BTC is holding at $4 722 135 927, whereas earlier in December, Bitcoin showed a daily volume of $6 bln. Experts believe that a continuous decline of the price without spikes in the trading volume is a signal that the coin is dropping without much selling pressure.

A crypto trader who works with technical analysis, Josh Olszewicz, better known on Twitter as “BrotoshiMoku”, believes that Bitcoin may keep falling to $2,500 unless it can show any decent momentum quickly.

However, he also reckons that BTC can in theory overcome the main points of resistance and step into the $4,000 area. The analyst also writes that a drop in the selling pressure of Bitcoin may let it start a correction and go up within a short term.

Some spots of green start below the position of Tron, the number 10 coin on the list based on the size of crypto assets’ market cap. 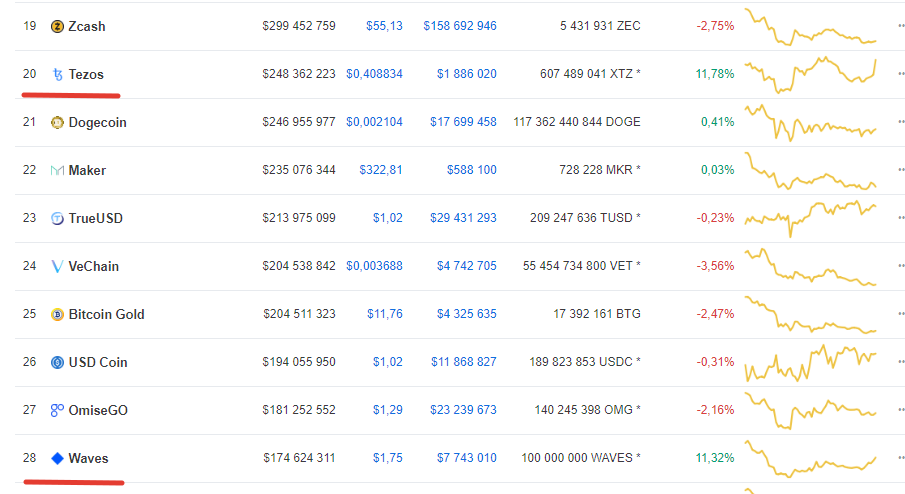 The biggest gainer here so far is Tezos, having shown a rise by 11.78 percent, being in place 20.

Just recently this place was held by Dogecoin, but now it is one position down the list.

Among other coins that are in the green today are Cardano (+0.44 percent), and Binance Coin, which has managed to climb back to place 13, pushing out IOTA and NEM (+4 percent).

Many altcoins below the top-20 list are showing at least a small rise today. Among the three biggest gainers is the Waves coin (+11.32 percent). This can have to do with the roadmap for 2019 that the founder and CEO of the platform, Sasha Ivanov, published on his Twitter account. On the agenda is a decentralized 2-factor authentication, as well as atomic swaps and the launch of ERC20 tokens on the Waves decentralized exchange, etc.

$waves roadmap for 2019, and this is not all, there are some other things within $waves ecosystem (#Vostok, special projects), not mentioned here. Some of them might be bigger than the ones mentioned. #WavesPlatform is more than a blockchain, it's an ecosystem, working in synergy pic.twitter.com/CRqOid79d1