Darryn Pollock
The markets continue to fall as Bitcoin wipes out its recent gains, but some coins are bucking the trend, while others suffer even heavier losses 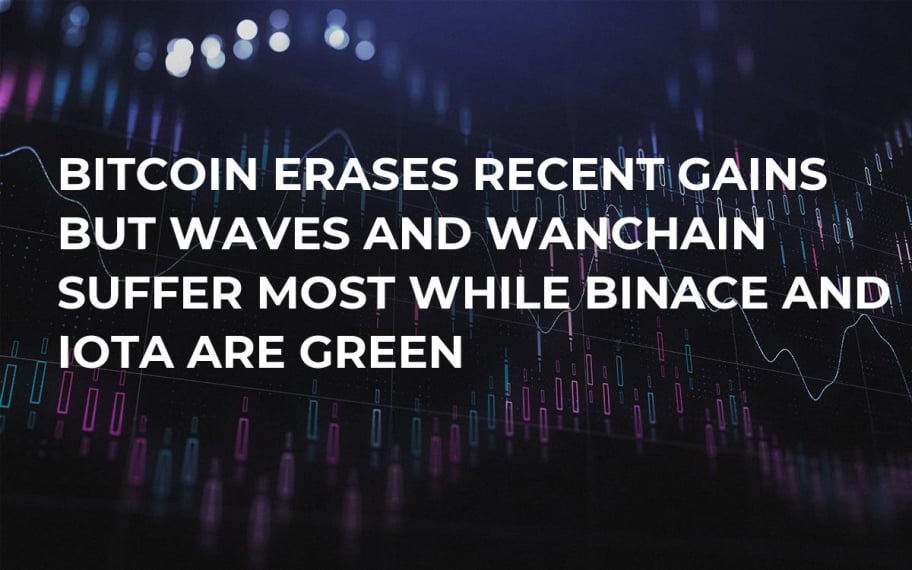 The cryptocurrency market has continued its downward slid, following Bitcoin which broke below $8,000 for the second time this week and has landed up pretty much back where it started just above $7,200.

While most of the markets are in the red, emulating the major cryptocurrencies, there are some that are really feeling the pinch, such as Waves and WanChain, both dropping more than 20 percent.

There is some positive news for investors in IOTA and Binance coin with these two cryptocurrencies seeing green with relatively good growth of three percent. The biggest winner though is Emercoin.

After Bitcoin suddenly broke past $8,000 many thought that the market had gone through a reversal and that the bulls had returned. It even managed to ride the wave of a failed ETF application from the Winklevoss twins as it dipped and rebounded back to above $8,000.

However, the second break below $8,000 has seen Bitcoin essentially erase all its gains as it sits at a position of support at around $7,200. This has had its effect on the market in general as the majority of the top 10 coins have also fallen between three and nine percent over the last 24 hours.

That is except Ripple and IOTA.

Ripple and IOTA are two of the bigger coins that have not been brought down in the recent slump as the latter is showing gains of almost three percent while the former is just peaking into green numbers over 24 hours.

However, it is Emercoin that is leading the way in terms of growth in this market downturn as it is up almost seven percent. This could have something to do with a host of 16 updates on the Emercoin Blockchain including  SegWit, TX Optimizer, STUN and 13 More.

On the other side of the spectrum, Waves and WanChain, a coin focusing on revolutionizing banking and the way that consumers and business interact, are both down more than 21 percent facing a steady drop ever since Bitcoin began it break below $8,000.