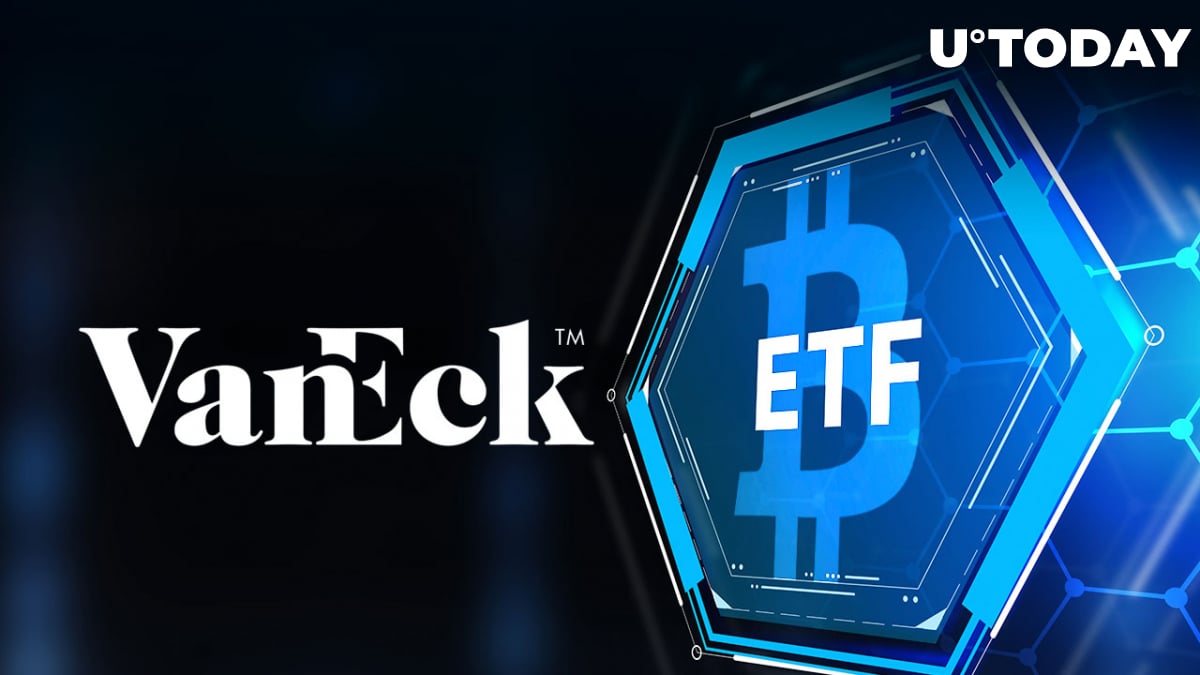 VanEck, a global investment manager based in New York, has refiled its application to roll out a spot Bitcoin exchange-traded fund.

The investment behemoth's previous attempt to launch such a product was shut down by the U.S. Securities and Exchange Commission last November. The SEC reiterated its concerns about market protection in its rejection letter.

The SEC is yet to greenlight a spot-based Bitcoin ETF despite approving several futures-based products in the past.

The agency's reluctance to approve a Bitcoin ETF has been a major source of frustration within the cryptocurrency community.

Related
Grayscale’s Bitcoin Fund Reaches Record Discount After SEC Snub
As reported by U.Today, the agency recently rejected Grayscale's attempt to convert its Bitcoin trust into an ETF, delivering a major blow to the company. GBTC shares hit a record discount of more than 35% on Thursday.

Grayscale has filed a lawsuit against the SEC in a long-shot attempt to push back against the recent decision.

CEO Michael Sonnenshein said that his company would remain "laser-focused" on obtaining regulatory approval to convert the trust into an ETF.
#Bitcoin News