U.S. Representative Tom Emmer: “My Position’s Very Clear. XRP Is Not a Security” 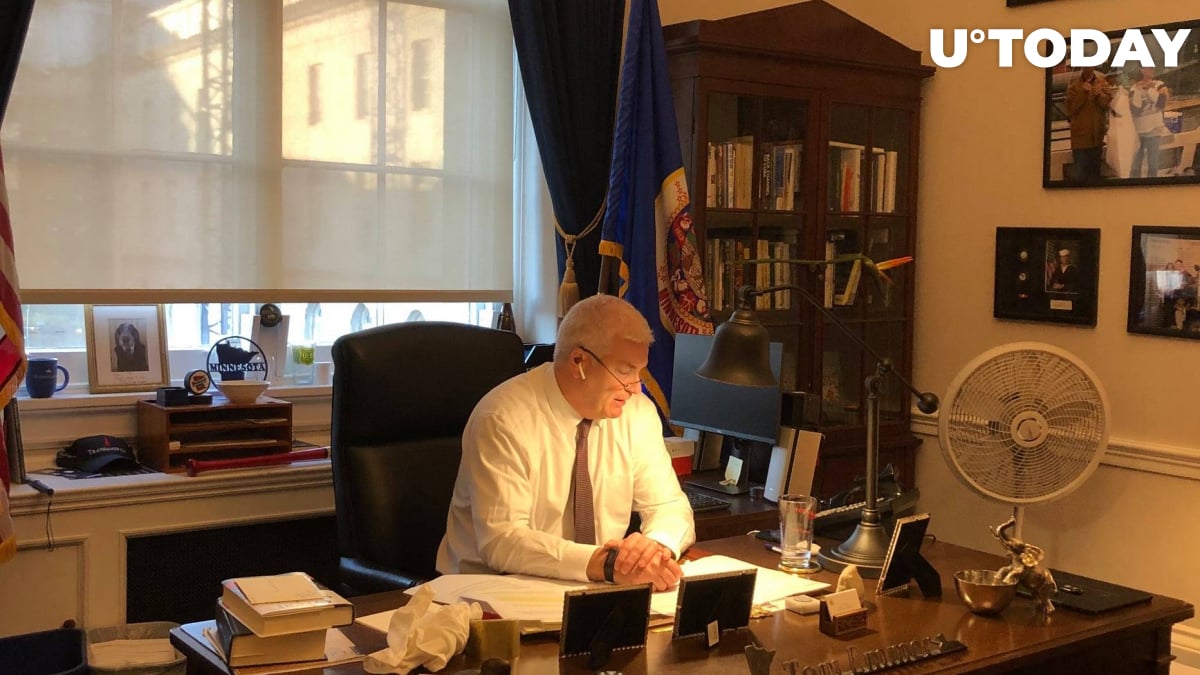 Congressman Tom Emmer (R-Minn.), opined that XRP, the fourth-largest cryptocurrency, is not a security during the very first cryptocurrency townhall he spearheaded on Aug. 20:

“First of all, my position’s very clear. XRP is not a security, all right?”

The lawmaker singles XRP’s ability to cut the middlemen as his favorite thing about the cryptocurrency:

“One thing that I love about XRP (and there’s lots to love) is that you don’t need an intermediary.”

Keeping companies in the U.S.

Ripple CEO Brad Garlinghouse, who took part in the event together with Circle CEO Jeremy Allaire and other industry luminaries, notes that it’s been two years since the Securities and Exchange Commission (SEC) declared that Bitcoin and Ethereum are not securities.

The uncertainty around how XRP and other assets are going to be defined by the SEC is one of the biggest challenges for Ripple, according to Garlinghouse:

“It restricts innovations, and I think that having that clarity and certainly allows companies to invest in and activity that is happening organically, but it will happen more quickly.”

Emmer predicts that this lack of regulatory clarity in the U.S. will make entrepreneurs in the likes of Ripple “start looking elsewhere”:

“Money will go where it’s easiest to flow. And the more government puts in obstacles (and one of them is just inaction), the less opportunity we have to position the U.S. as the leader.

Leaving Silk Road in the past

Emmer says that a lot of members of Congress still think about cryptocurrency in terms of Silk Road, the illegal dark web market that was shut down in 2013. The website was considered to be the driving force behind Bitcoin’s early adoption.

Bitcoin-bashing representative (D-Calif.) Brad Sherman infamously called for a blanket ban on Bitcoin back in 2018 because of its illicit use cases.

Emmer, who currently sits on the House Financial Services Committee, is vowing to continue educating his colleagues.

The congressman is now accepting cryptocurrency donations via BitPay, and Garlinghouse says that Ripple will contribute XRP to his campaign.