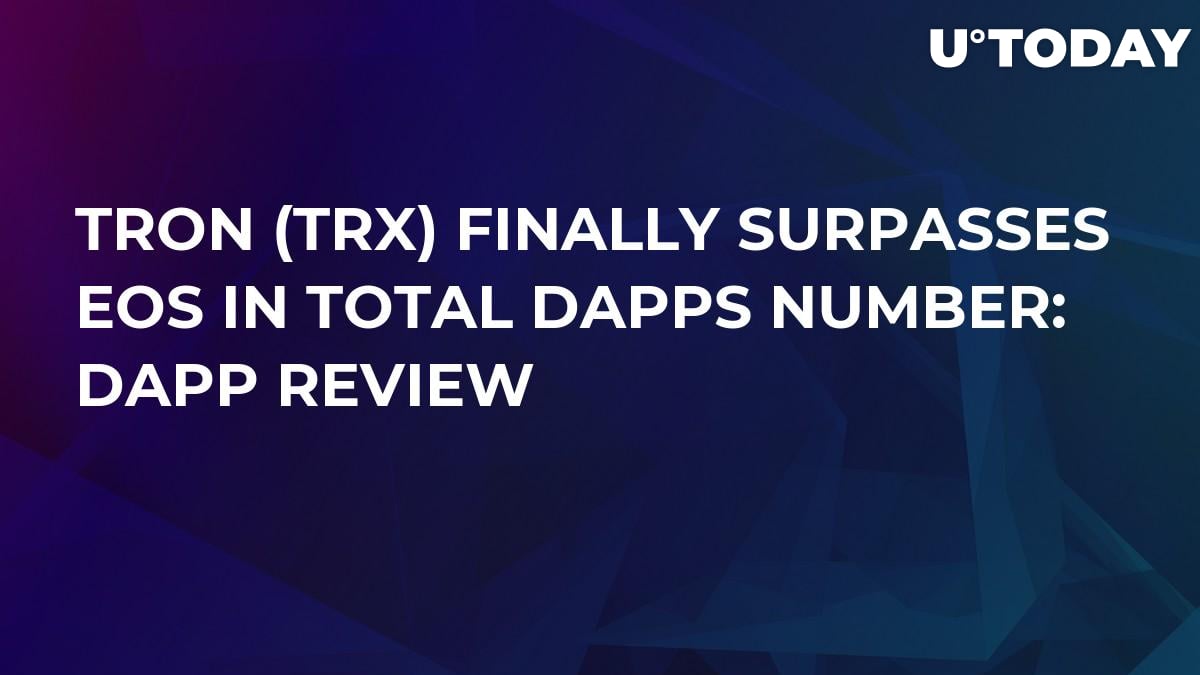 Justin Sun of the Tron Foundation (TRX) never ceases to outline the superiority of his platform over that of its closest competitor, EOS by Eos.io.

Finally: The First After Ethereum (ETH)

Three weeks ago, Mr. Sun excited the community by the statements about Tron's superiority. He used the source by the same analytical explorer, dApp Review.