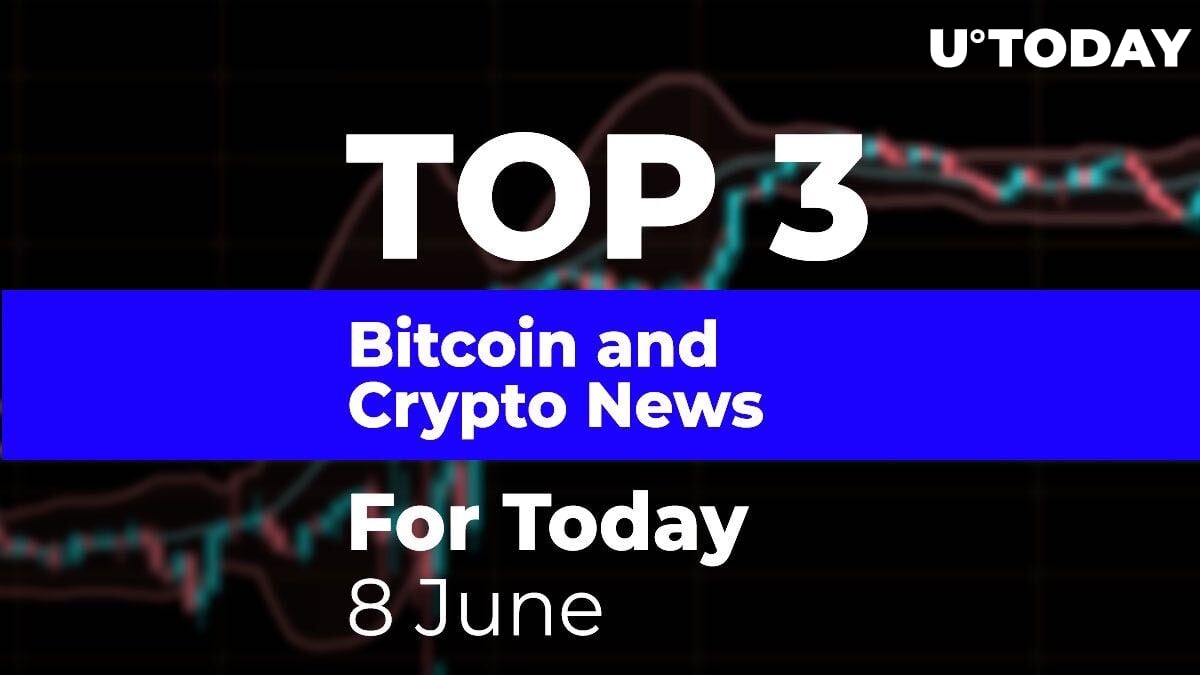 Wall Street appeared to be riding the news from last Friday’s jobs report, adding 2.5 million jobs in May. Shares from airlines, leisure, and travel stocks also surged on the hopes of reopening the U.S. economy. On the pessimistic side, the National Bureau of Economic Research (NBER) said that the COVID-19 pandemic has officially put the U.S. economy into a recession, thus ending the longest of economic expansion on record.

As for news within the crypto sphere, some of U.Today Crypto News’ headlines include a price analysis for Ethereum (ETH) and whether the altcoin will reach the $250 mark, CoinMarketCap’s new rankings algorithm surprising some of the cryptocurrency derivatives platforms, and Saudi Arabia deploying blockchain technology to interact with local banks.

Last weekend, the price of Ethereum (ETH) tried to stay above the two-hour EMA 55. However, sellers on Sunday took advantage of the fact that buyers could not break the $247 resistance mark, rolling back the price to $234.

Yet, buyers from the Asian trading session were able to push the ETH/USD pair above average price levels but were unable to break through the $247 resistance level.

Buyers will continue to try setting a new high for the month of June between the $265-$275 resistance zone. However, if that does not happen, then one should expect a rollback to the $222 support level.

Looking at the 4H time frame, the altcoin successfully bounced off its $237 support level, confirming that the slight decline was just a correct before another upswing. In this particular case, the bulls will need to break through the first resistance level at $248 in order move higher. If this happens, then one can expect new local heights.

Looking at the daily time frame, ETH is forming a big triangle pattern. Even though ETH is trading within this pattern, the bullish scenario remains relevant. The only factor that may influence a potential rise is its trading volume, which is currently at the same level. If it increases, then the resistance level, which is reflected in the triangle at $290, will be reached sometime in July 2020.

CoinMarketCap (CMC), the world’s most popular provider in crypto statistics, implemented a new cryptocurrency exchange ranking algorithm. However, the new ranking algorithm has created confusion for several derivative traders as well as for some cryptocurrency derivates platforms. For example, BitMEX was ranked #175, while its closest competitors Bybit and Deribit were ranked #177 and #179 respectively.

Deribit even took to Twitter in sharp yet sarcastic tweet, highlighting the misleading nature of the new algorithm:

Binance, the crypto exchange ecosystem that recently acquired CoinMarketCap, came as the undisputed champion with exceptional metrics. This fact made several individuals on Crypto Twitter treat the new ranking algorithm in an ironic manner.

Amidst the backlash, CMC released a public statement that highlighted that the new ranking algorithm should only be applied to spot cryptocurrency exchanges.

[Update as of Jun 8: Please be reminded that the exchange ranking algorithm change below applies for spot market pairs and exchanges only. A separate page for derivative exchanges will be available in the near future.]

In May 2020, CMC began implementing a new ranking mechanism that was based on integral metrics. This included Web Traffic Factor, Confidence Indicator, and Average Liquidity Indicator. Such metric data is collected from multiple sources and processed in order to produce only legitimate results.

The Saudi Arabian Monetary Authority (SAMA), the country’s central bank, announced that it recently injected a significant portion of its liquidity into local banks via blockchain-based instruments. This will support local banks and enhance their capabilities to deliver credit services.

This announcement highlighted the next stage for the Kingdom of Saudi Arabia (KSA) and its financial authorities experimenting with cutting-edge technology. While it may sound like a novelty idea, this announcement is also crucial in terms of the global adoption of distributed ledger technologies in the financial sector.

SAMA is taking part in a multi-purpose program designed to facilitate the technical, marketing, and regulatory progress of the blockchain sector within the KSA. For example, SAMA launched The Fintech Saudi Initiative in cooperation with the Capital Market Authority and implemented its Regulatory Sandbox for decentralized financial instruments.