Alex Dovbnya
The "overly attached girlfriend" NFT has fetched over $400,000 worth of Ethereum 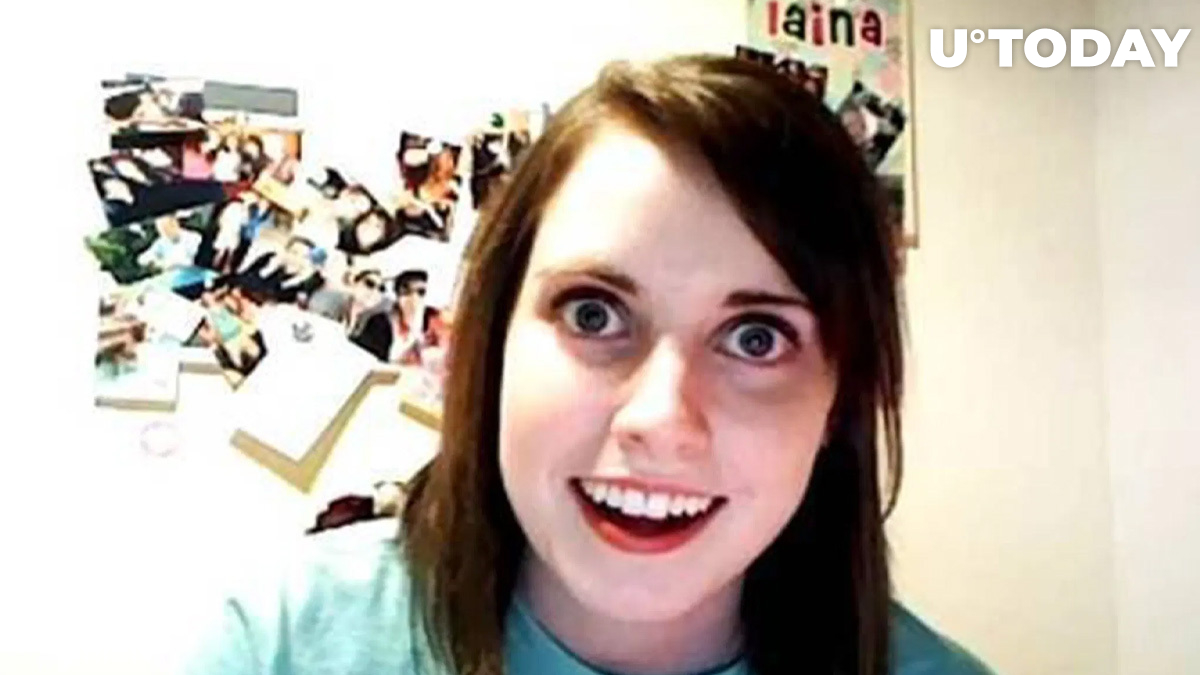 The woman behind the "overly attached girlfriend" meme has become the latest famous internet personality to bank on the non-fungible token craze.

The auction was won by Farzin Fardin Fard, the CEO of international multimedia group 3F Music who has recently turned into a digital art whale.

Not hiding her excitement, Morris claims that this amount of money is “life-changing” in her recent tweet:

Truly, you have no idea how this is going to change my life. I mean it. I am so incredibly thankful and also still just BLOWN AWAY.

Apart from its hilarious lyrics about an overly controlling girlfriend, her webcam video is particularly memorable because of her creepy stare that went on to become a popular internet meme.

Morris is not the first viral social media sensation that has sold his or her meme as an NFT.

Last month, an unflattering yearbook photo known as “Bad Luck Brian” was sold for $41,000. Meanwhile, the Nyan Cat meme was auctioned off for an unbelievable $600,000 in February.

At this point, it’s only a matter of time until the Pain Harold will join the party.