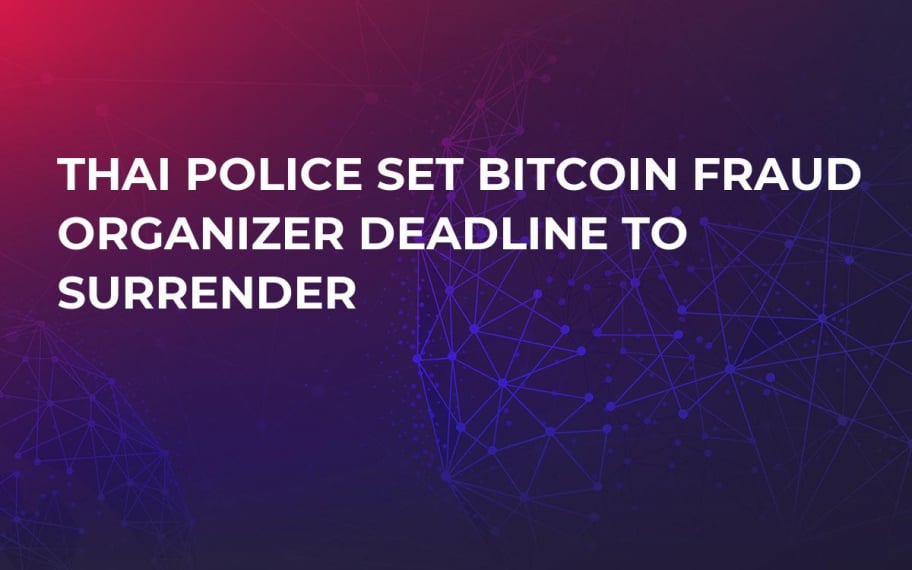 The primary suspect in the case of the fraud involving almost 6,000 Bitcoins and a victim from Finland called Aarni Otava Saarimaa, Prinya Jaravijit, has been given a choice– give in or expect the police to come for him. The deadline will be over on Sept. 17.

Reportedly, Prinya was supposed to come to the police on Friday, Sept. 14, but he did not. His lawyer asked for a later date claiming the suspect needs more time to find evidence for his defense.

The criminal may face extradition

The commanders of the Crime Suppression Division will initiate arrest procedures regarding Prinya. Apparently, this is not the first time Prinya Jaravijit has ignored a summons from the police.

The man is thought to currently hide in the US, he is the only suspect who has not surrendered yet.

Other participants of the fraud have already come to the police to help conduct the investigation. Prinya’s younger brother, a local film series actor Jiratpisit Jarajivit, has been given charges in court but he was let out on a large bail. He is forbidden to leave the country.

Jiratpisit claims that Prinya has used his bank account without consulting him and sent there a transfer of $649,000. Prinya’s younger sister also received part of the Finnish investor’s money from him- $4.2 mln. Both Jiratpisit and Suphitcha, the sister, have pleaded innocence and say they are willing to return the money to their elder brother-scammer.