Short-Term Bottom for Bitcoin is Most Likely to be at $6,400

Joseph Young
Cryptocurrency traders say that $6,400 has the greatest probability of becoming the short-term bottom for Bitcoin. 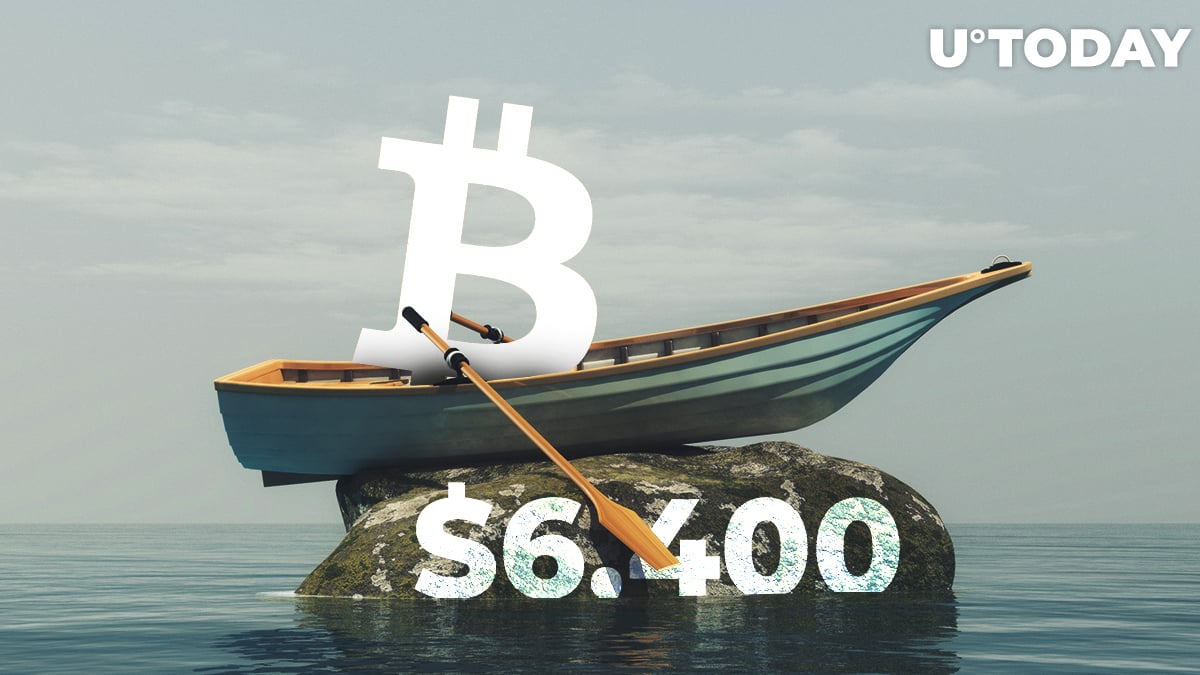 According to technical analysts that specialize in cryptocurrencies, $6,400 has the greatest probability of becoming the short-term bottom for Bitcoin (BTC).

While BTC has had a slight rebound in the last 24 hours, a drop to the low $6,000 region remains a possibility as it is a logarithmic channel bottom. There is also strong interest to return this area, which has not been seen since 2017.

In previous instances, where BTC had a clean break below its $7,500 support level, the cryptocurrency has historically tested deeper support levels in the low $6,000 region. For example, on May 17th, BTC dropped swiftly to $6,380 before recovering to the $8,000 region.

Since its big drop, the price of BTC has increased from $6,730 to $7,200. However, the recent performance of this asset has investors cautious about re-entering the cryptocurrency market at its current price. One such individual is cryptocurrency analyst Cole Garner.

Confluence forming around the $6400 area as $BTC's highest probability bottom.

I don't expect to see a weekly close below that. pic.twitter.com/KfwdcjgIqW

Josh Rager, a prominent cryptocurrency trader, has also noted that a continuous drop to the $6,000s is possible in the short-term given the weakness in the trends of BTC and other major cryptocurrencies.

Recently, Rager said, “Out of a position right now and waiting on a good entry to, dare I say, short Bitcoin down to the $6ks Looking for at least $7400-$7500s (price could possibly hit slightly higher). Price doesn't reverse down to $7k again just to move right back up, this might take a while.”

Will Bitcoin Recover By Year’s End?

If the price of BTC drops to the low $6,000s, then the volume’s gradual decline could make it more of a challenge for the dominant cryptocurrency to rebound by year’s end. This tends to occur between late November and December.

It also remains to be seen whether these sustained low prices will lead to instability in the operations of smaller miners and mining centers, further intensifying the pressure to sell the cryptocurrency.