Dmitry Cake
Bitcoin critical support still holds, but the future is uncertain. The market is frozen by indecision. 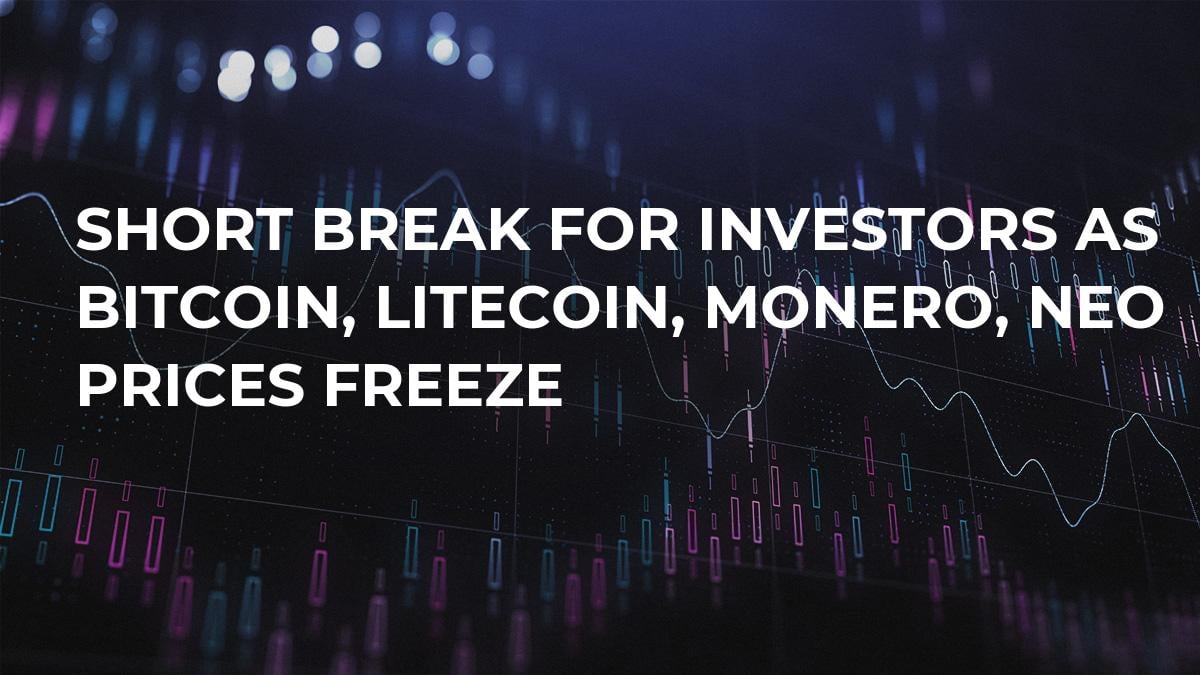 All that the market could achieve by the end of the week is a continued state of uncertainty and indecision about taking the initiative, shown both by bulls and bears. Nevertheless, the data of technical analysis indicates that on Friday and over the weekend the situation can evolve more rapidly and, possibly, dramatically.

Market capitalization grew by a tiny $5 bln in the course of the day , and the assets are exhibiting multidirectional movement. Most of the growth is in altcoins: in the first 100, of special note are Tron (plus 35 percent) and Ontology (plus 30 percent) which, by the way, has been growing steadily, even against the market, since the launch of the project. In the top ten, EOS distinguishes itself once again, gaining 10 percent.

Crypto not welcome in India

Despite the success of individual coins, the general trend does not leave any room for doubt. The news about the alleged ban of cryptocurrencies in India added fuel to the fire. Later, it turned out that actually, it was not a ban, but some restrictions imposed by the Central Bank of India on individuals and legal entities that deal with cryptocurrencies. The market’s reaction was not too acute, but this news is a clear example of the new wave of FUD that we spoke about yesterday.

Bitcoin spent the last 24 hours in lateral movement within a small price range from $6,600 to $6,900, and at the time of writing it’s trading exactly in the middle - at $6,750. Reduced volatility has led to the creation of an equilateral triangle which should be resolved soon. The price nearly reached the apex of the triangle, once again confirming the lack of initiative in the market - usually, such triangles are already activated at three quarters of their height.

Taking into account that BTC has not been able to break away from the boundary of the ascending channels, as well as the general downward trend, we assume that the price will exit down from the triangle. The first decline target is $6,600, then $6,000 and then - according to the scenario that we described just yesterday.

There is still a chance to push off the current values ​​and take an excursion upward, in which case the goal range will be squeezed between the 0.618 and 0.786 Fibonacci extensions and the price levels of $7,150 - $7,300. It is important to understand that slight local growth in the current situation does not negate the possibility of further decline.

Litecoin continues to loiter on the bottom, with an increasing risk of making that bottom even deeper. On Thursday, the volatility of the asset decreased significantly, as did trading volumes. Now it’s a hostage of the situation, and does not have any independency. It doesn’t look any better or worse than the market, but given previous “successes,” it’s not attractive to investors.

The range of LTC fluctuations on Thursday was only $5 - the price chart practically stretched into one long thread. Some resistance from above is given by $120, below there is $110 and the boundary of the descending channel as support. A local Bitcoin reversal could help its little brother reach up to $130, but there are no signs of that for now. In case of decline, all bear targets remain relevant: after breaking through the support, we can expect a fall to the region of $100.

NEO is in a situation that is very similar to Litecoin, so let's be brief. Lateral trading can either become a good springboard for growth or a future resistance in case the price goes even lower. The activation of the global wedge (red convergent trend lines) doesn’t look realistic at this point.

The key NEO support is at the level of $42 - $43, and the intermediate support is at $45. Under the less likely growth scenario, the first target for bulls is located at the 0.5 Fibonacci expansion - exactly $50. Further, buyers will encounter resistance in the form of the boundary of the ascending channel, which can be difficult to overcome.

Monero looks somewhat better than LTC and NEO, but only due to the fact that the price is not contained by the nearest descending parallel channel. The buyers deserve no credit for this, however - XMR just fell out of it, without volumes or enthusiasm.

The level of $160 seems to be a good aid for investors: the price has rebounded from it 3 times already, although the next storm in the Bitcoin Sea will have no trouble punching a few holes in this support. Now, as before, the bottom is at $150 - it’s enough to look at the chart and observe the powerful mirror level to confirm the truth of this. In case of descending to these depths, we expect a worthy response from the buyers, and encourage our readers to consider purchasing this asset.