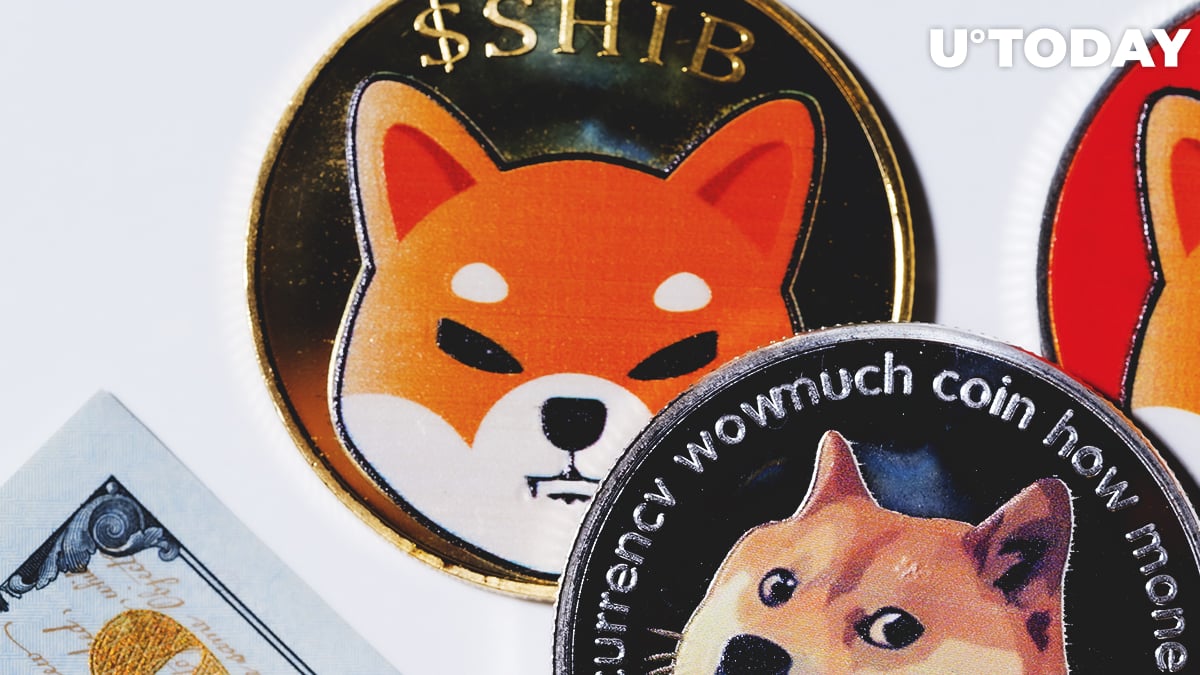 Joe Weisenthal, a Bloomberg TV and podcast host who often criticizes Bitcoin, has touched on the difference between Shiba Inu and Dogecoin in his Twitter thread, claiming that SHIB has something that DOGE does not. Here's what he is talking about.

"DOGE is a boomer meme coin"

Weisenthal tweeted that today he dedicated his regular newsletter to Dogecoin. The red thread in it is that, according to the crypto critic from Bloomberg, DOGE has turned into a "boomer meme coin."

He has enumerated the major advantages of SHIB that Dogecoin does not have: the coin is being developed in accordance with a fast-moving roadmap, it has its own decentralized crypto exchange and there are NFTs based on Shiba Inu and advanced capabilities for smart contracts.

Further, the Bloomberg TV host stated it is a lot cheaper to buy than DOGE. He believes that SHIB is about to flip Dogecoin in terms of position in CoinMarketCap's top 10. At the moment, SHIB holds 11th place, preparing to take 10th place away from DOGE, he believes.

Everyone talks about $SHIB like it's just some joke derivative of a joke.

But unlike $DOGE, it has a fast moving development roadmap, its own decentralized exchange, NFTs, and advanced smart contracting capabilities.

And of course it's WAY cheaper nominally.

"DOGE's low price is its USP against BTC and ETH"

Joe Weisenthal also stated that, as for Dogecoin, its low price at the moment is a major selling point compared to Bitcoin and Ethereum. The author is a Bitcoin critic, so he does not seem to take into account the more important advantages of Bitcoin beyond its price and does not believe in BTC as a store of value that is overtaking gold now for many institutional investors.

Therefore, he only compares DOGE, Bitcoin and Ethereum by price. However, he adds that the emission of DOGE is much greater than that of BTC and ETH, so cheapness here is not quite a sustainable edge.

SHIB is better than DOGE, according to Eric Wall

According to a recent tweet by Arcane Assets CIO Eric Wall, SHIB is a much better meme cryptocurrency than DOGE. This is due to the fact that SHIB is not linked to Litecoin in mining, unlike Dogecoin.

Besides, he reckons that not being inflationary by nature and being invulnerable to Elon Musk's tweets, as has been proved recently, are also great advantages of SHIB.

On Sunday, the Tesla CEO stated that he holds no SHIB and that he prefers projects in which goods and services are produced for fellow human beings and not focused on making money at any cost. After this tweet, SHIB first plunged about 14%.

However, later the coin started going up despite this tweet and despite the fact that last week the Robinhood CEO avoided giving a direct answer to the question about the much-expected SHIB listing on the platform.

Related
Bitcoin Drops Below $60,000 as $500 Million in Crypto Gets Liquidated in One Hour

The expectation of this event has been spurring the coin's massive rally recently. However, today it has flipped several consecutive all-time highs without getting listed by Robinhood. The latest historic peak reached by SHIB was $0.0000594.

Besides, the petition on Change.org that wants to require Robinhood to list Shiba Inu token has surpassed 326,000 signatures.