Arman Shirinyan
Shiba Inu, Dogecoin and other assets are getting enough support to stay afloat but not move forward 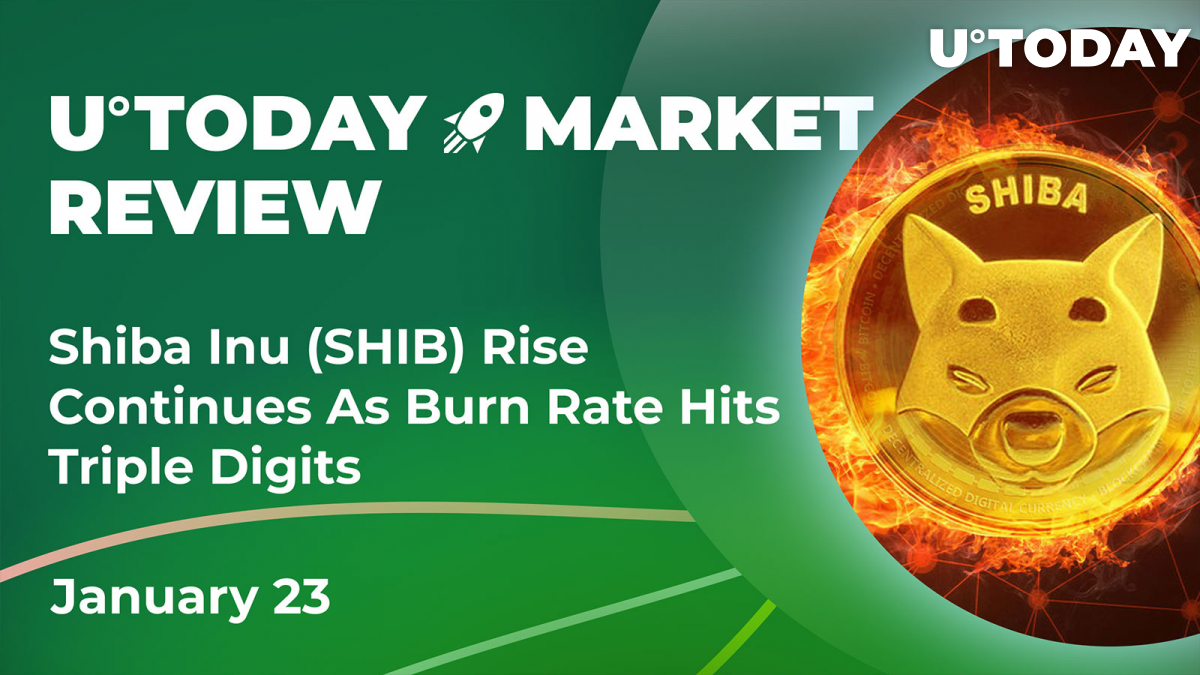 As cryptocurrency investors take a wait-and-see approach to the market, the majority of assets are slowly entering local consolidation channels that might act as a temporary cool off before the volatility returns to markets.

Despite the deceleration of the rally on Shiba Inu, the meme asset could still be aiming at a further recovery following the increased amount of Shiba Inu that gets destroyed on the market daily. Additionally, users are becoming more confident about the launch of the Shibarium project that should bring more fundamental value to the network.

From a market perspective, Shiba Inu acts as one of the best risk exposure tools in the cryptocurrency industry. SHIB's volatility has always attracted short- and midterm retail traders and investors who were trying to catch quick profit by utilizing SHIB's enormous changeability.

Since the beginning of the rally, Shiba Inu gained more than 47% to its value in less than a month. Such explosive performance attracted the attention of the aforementioned investors and led to an increase in network activity, which directly affects the burn rate.

At press time, Shiba Inu is trading at $0.000012 and consolidating at the pivotal resistance level reflected in the six-month trend line which, if broken, should act as a strong start for SHIB's movement upward.

Prior to the recovery of the market, most investors were too afraid to lose their funds in staking contracts due to the inability to realize assets on the market due to the lockage period. Lido Finance partially solves this problem by providing liquid tokens in exchange for staked Ethereum that are tied to the main cryptocurrency at a 1:1 ratio.

Dogecoin is not falling behind

Despite the lack of action on the first meme coin on the market, DOGE may still surprise investors in the future. Compared to the rest of the market, Dogecoin is moving relatively slowly, gaining "only" 30% to its value compared to SHIB's triple-digit gain.

However, DOGE barely broke through the serious resistance level and might soon deliver the golden cross signal between the 50- and 200-day moving averages. Such a strong signal might become fuel for the massive inflow of funds to the asset and launch a proper rally.

Prior to the market-wide recovery, Dogecoin has been ranging after a strong price increase after Elon Musk's Twitter takeover. No drivers for DOGE appeared, after which a stalemate occurred, along with the further decline of the meme coin.