Arman Shirinyan
Market-wide rally is not fading as some analysts thought, considering price performance that assets like Dogecoin and Shiba Inu are showing us 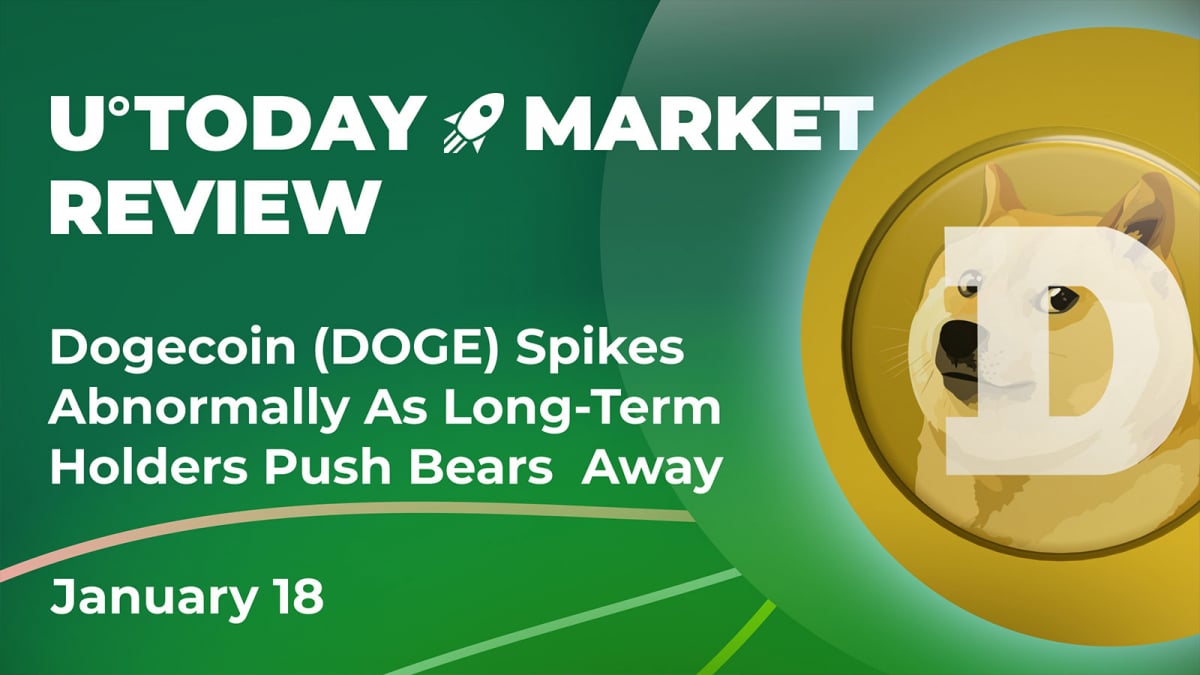 As soon as the first signs of momentum fading occurred on the market, the reversal on numerous assets commenced. However, in less than 24 hours, the situation on assets like Shiba Inu and Dogecoin changed drastically, causing moves on assets no one could have expected. But unfortunately, not every cryptocurrency on the market can boast of such an effective move.

One of the least expected moves on the market was a massive 20% comeback of Shiba Inu after days of consolidation around the same price level. More than 12 trillion SHIB have been traded during the enormous bounce the meme coin showed us. According to the movement of funds on whale addresses, retail investors were actively buying SHIB after more news about Shibarium occurred in the space.

The massive price spike could be the result of poor liquidity on the Shiba Inu market, where the lack of volume and depth causes volatile moves fueled by the occurrence of noteworthy buying power. The lack of resistance levels led to the surge, which dragged SHIB token's price to a level the market has not seen since November 2022.

From a technical perspective, Shiba Inu broke through the local 200-day moving average resistance level that acted as a selling guideline for the token since 2021. Unfortunately, it is too early to call Shiba Inu's move a full-blown reversal considering the enormous losses investors had to take throughout 2022.

In order to become profitable for the majority of holders, Shiba Inu would need to gain almost 100% of its current price level. Without a market-wide rally, such a significant move would be close to impossible since Shibarium alone is unlikely to attract such a high number of investments across the market.

Unexpectedly, Dogecoin has also shown that it is unwilling to lose the momentum on the market without fighting for it. In the last 24 hours, Dogecoin gained more than 6.8% to its value, while losing more than 11% from its price in the last four days.

Considering the lack of fundamental changes around the project and the market in general, DOGE's move could have been fueled by its counterparts' performance. Considering the overall similarity of both projects, there is nothing unusual in the similarity between their market movements.

Unfortunately, Dogecoin's rebound was not as impressive as SHIB's, but it still shows high potential for a further recovery.

Cardano is not joining party

Unfortunately, not every cryptocurrency on the market feels like moving upward. Cardano's price performance against the U.S. dollar has indeed been successful, but at the same time, the ADA/BTC pair shows that Ethereum's competitors do not have enough power to beat the market.

Cardano is currently down 18% from the local high against Bitcoin, which shows that ADA is mostly moving upward only because of the overall tendencies of the cryptocurrency market rather than its independent performance.