Arman Shirinyan
While most of the market is going through a strong correction, Floki does not seem to be bothered 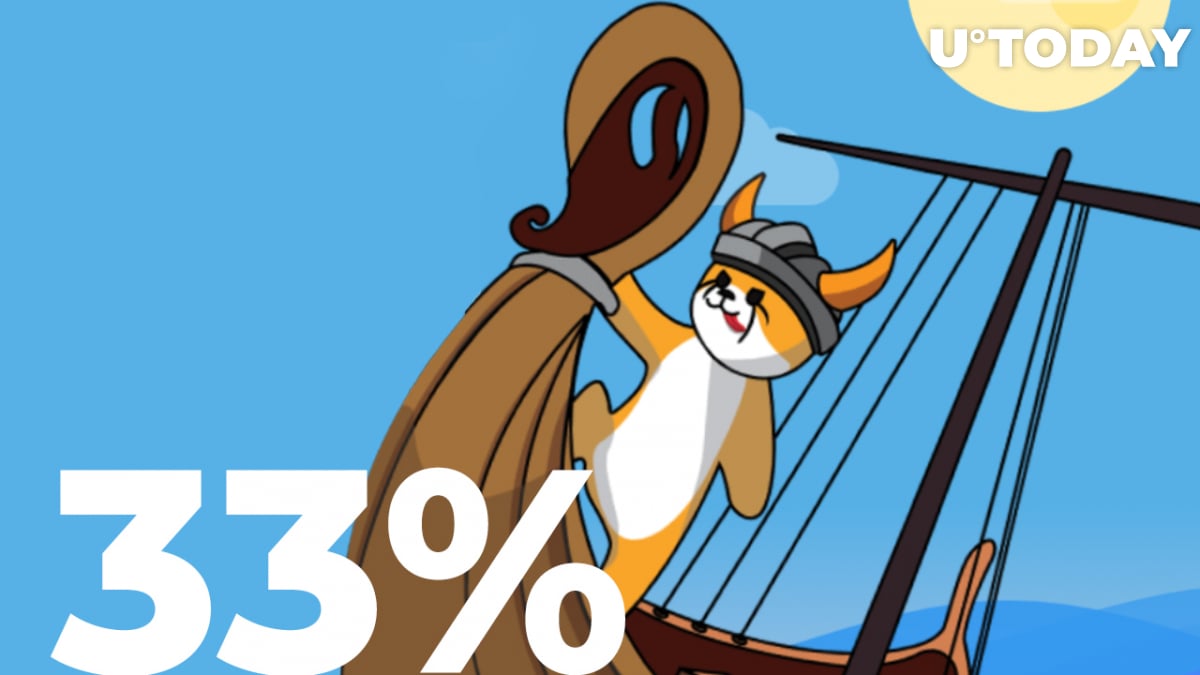 The cryptocurrency market correction continues with the majority of coins on the market rapidly losing their value. Bitcoin is trading with an 8% loss and Ethereum has dipped by 6.5%. Smaller altcoins like Doge and Shiba trading with around a 10% loss but their main competitor, FLOKI, is now up 33%.

While the current market correction remains mostly technical, the fuel for the pump of Floki based on the announcement of a partnership with Kerala Blasters FC, which is one of the most popular football clubs in India.

Previously, U.Today reported that background market and on-chain data for Floki remain neutral with no big transactions happening and the number of whales that hold the Elon Musk-inspired coin decreasing drastically.

Though the initial pump could have started due to the big announcement, the token grabbed a few more percent after a few hours, which indicates that the current price spike is also followed by increased speculation interest.

At press time, Floki is consolidating at the closest resistance of $0.00021, with its trading volume also spiking by 76%, according to CoinMarketCap. The token's volume, unfortunately, cannot be properly tracked since the token is being mostly traded via swap contracts.

Floki is trading with 35% of daily growth, which has neglected the last three negative days in a row. Currently, Floki is trading at end-of-October levels, after which it pumped by another 100% to reach its current ATH.