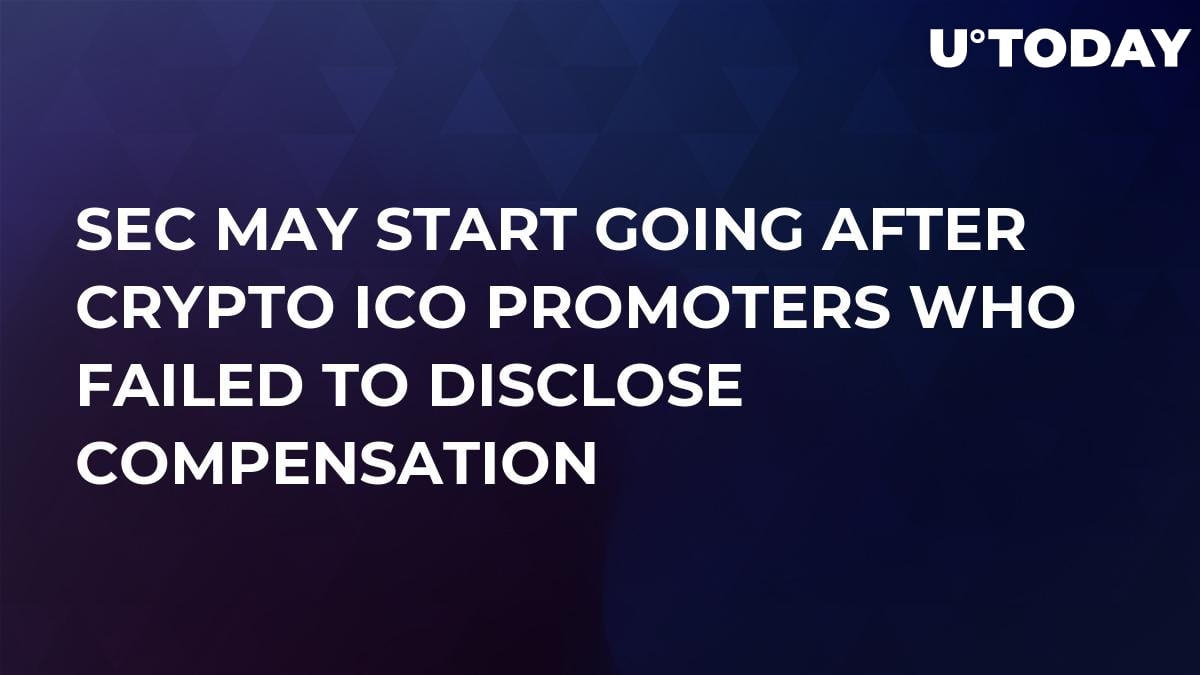 Both Mayweather and DJ Khaled agreed to pay the amount they received as compensation to promote ICOs and a penalty on top of it along with prejudgment interest.

"Investors should be skeptical of investment advice posted to social media platforms, and should not make decisions based on celebrity endorsements. Social media influencers are often paid promoters, not investment professionals, and the securities they’re touting, regardless of whether they are issued using traditional certificates or on the blockchain, could be frauds."

Earlier this week, Reuters reported that ICO projects have been purchasing reviews and articles to promote token sales without disclosing them as sponsored reviews or articles.

ICOs have been paying YouTube celebrities, publications, writers, analysts, and ICO review sites anywhere from $1,000 to $10,000 for a mention.

According to Reuters, ICO promoters that have failed to disclose the exact amount they received to encourage investors to purchase a security fall under securities fraud.

“Any celebrity or other individual who promotes a virtual token or coin that is a security must disclose the nature, scope, and amount of compensation received in exchange for the promotion.”

At the time, the commission clearly stated that the failure to disclose compensation is a violation of federal securities laws and can be considered as fraud.

However, not all ICOs are securities, as seen in the recent U.S. federal court ruling wherein the court ruled in favor of an ICO project against the SEC.

“The SEC brought an enforcement action against a company called Blockvest, alleging that Blockvest’s ICO was a securities offering. Ultimately, the Court found that SEC couldn’t prove the ICO satisfied the Howey test and so SEC lost the motion. Honestly, the loss doesn’t really matter much. As the plaintiff, you’ve got to be aggressive and try for one,” Marco Santori, the president and chief legal officer at Blockchain, said.

Promoting an ICO without disclosing compensation to the viewers can only violate U.S. securities laws if the ICO is considered a security. If the team behind the ICO decides to challenge the SEC and takes it to the federal court, there exists a possibility that the federal court rejects the SEC’s claim and declare the asset as a non-security.

The SEC, as an enforcement agency, does not make regulations; it merely utilizes existing regulatory frameworks and evaluates whether assets fall under certain categories.

The Reuters investigation revealed at least three YouTube celebrities and writers on major publications that have received compensation from ICO projects to promote token sales.

Throughout the months to come, the SEC could continue to crackdown on well-known public figures and organizations, as seen in the case of Floyd Mayweather and DJ Khaled, to establish a precedent in the industry.