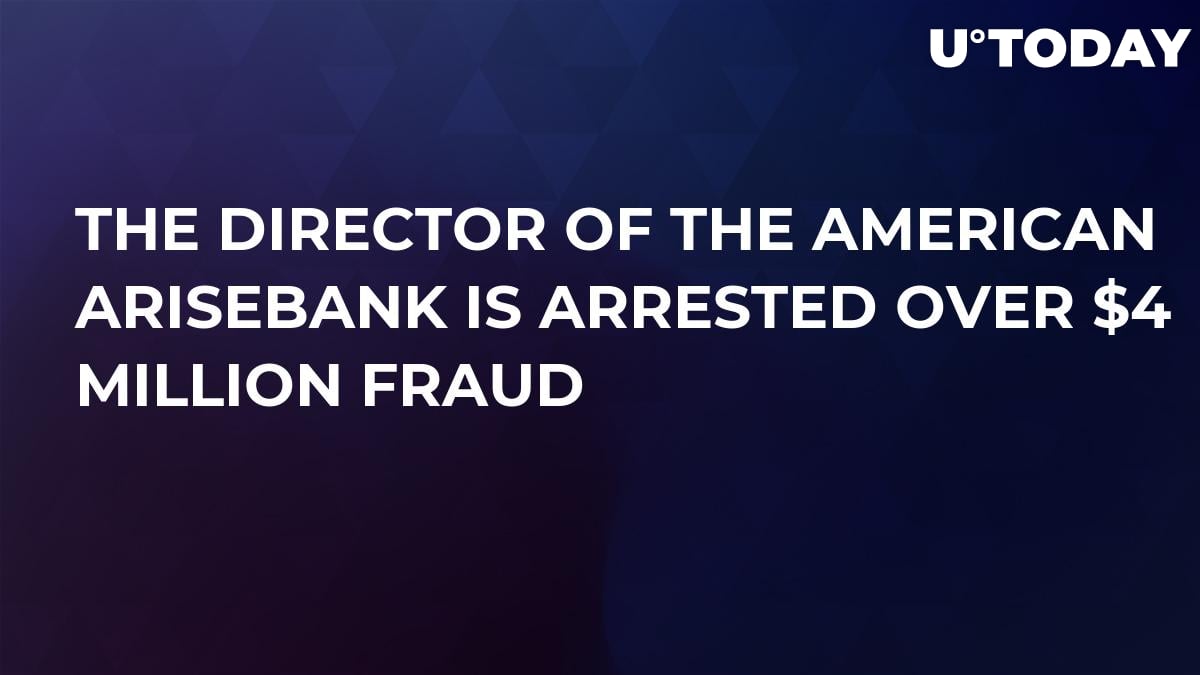 The FBI has arrested the director of the AriseBank crypto platform, Jared Rice Sr., who is accused of multi-million fraud. According to the U.S. Attorney’s Office, the financier is charged with bank fraud. His victims were hundreds of investors, and the total loss is over $4 mn.

Since June 2017, he has promoted AriseBank and AriseCoin in numerous interviews, videos, and via social media.

According to law enforcement, the head of AriseBank called his company a decentralized banking platform and provided potential investors with false information, offering them FDIC-insured bank accounts and cards linked to Visa, as well as cryptographic services using the AriseCoin token.

At the same time, AriseBank had no rights to provide financial and banking services in Texas, didn't insure accounts with the FDIC, and had no partnership with Visa, the Department of Justice noted.

In addition, Rice claimed that his company raised $600 mn within a few weeks in an ICO. He has spent investors' money on his own. In case of conviction, Rice faces up to 120 years in Federal prison.

In January, the U.S. Securities and Exchange Commission (SEC) filed a lawsuit against Rice and his business partner Stanley Ford for fraud and the issuance of unregistered securities during the ICO.

In June, the President of the United States Donald Trump signed a decree about the establishment of a special unit to fight fraud in the digital money industry and make an investigation guide for these crimes.

The unit was expected to be established by the Attorney General with the assistance of the Department of Justice. It will include the Attorney General and the FBI director's deputies and assistants, lawyers, and other officials. Experts will work with cases related to financial and digital fraud. They will provide the President with recommendations on measures to strengthen cooperation between different institutions in the field of investigations related to digital money.