Darryn Pollock
The SEC has kept a level head in fielding questions and concerns about crypto, indicating that there needs to be some changes before they dive straight in 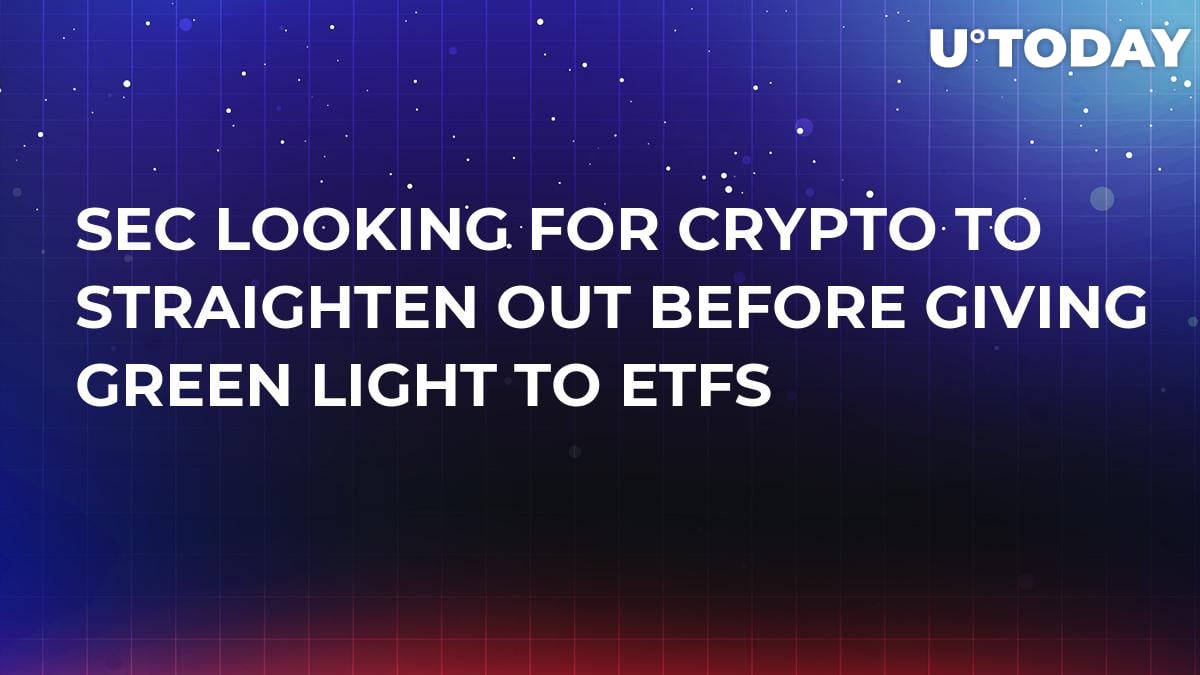 It was not that long ago that the SEC gave its opinion and standing on cryptocurrencies, and their findings were predominantly positive, especially for the major coins like Bitcoin and Ethereum. They were less thrilled with ICOs and coins arising from them, quickly labeling them as securities.

But, the man in the front line between Cryptos and regulators at the SEC, Jay Clayton, has always shown a level and calculated head, not allowing himself or his organisation to be swayed either way.

Cryptocurrency enthusiasts have gone from rejecting regulation, to trying to embrace it, to even imploring the likes of the SEC to get on board for something like the long-awaited Bitcoin ETF. However, probably rightly so, Clayton is still cautious, but not dismissive.

The SEC chairman said at the Consensus Invest Conference in Manhattan this week that there would need to be some changes in the way the cryptocurrency market runs before the SEC would consider allowing a BTC ETF.

Issues like market manipulation and custody issues surrounding exchanges with hacks are still rife in the current climate. Clayton’s assertions are fair and well reasoned, as he is looking for the commodity on which an ETF would be based on to be free and fairly traded.

Clayton is looking for a few things to be straightened out in the cryptocurrency market before he is willing to approve an investment vehicle like an ETF for Bitcoin. His first concern comes in under market surveillance, as most cryptocurrency exchanges don't use the same monitoring tools as stock exchanges, so Clayton said investors may not get a fair assessment of bitcoin's price.

"What investors expect is that trading in the commodity that underlies that ETF makes sense and is free from the risk of manipulation," Clayton said at the Consensus Invest Conference. "It's an issue that needs to be addressed before I would be comfortable."

Clayton also went on to address the issues of exchanges which have had a chequered past in the history of Bitcoin, including major hacks of digital funds at Mt. Gox and Coincheck, to name the two biggest.

"We've seen some thefts around digital assets that make you scratch your head," Clayton added. "We care that the assets underlying that ETF have good custody, and that they're not going to disappear."

Already working on it

What is good to see is that even before Clayton made his concerns public, there is already evidence of these two major issues being addressed.

In April, Nasdaq announced a collaboration with digital currency exchange Gemini, founded by early Bitcoin investors Tyler Winklevoss and Cameron Winklevoss. The deal gives Gemini access to Nasdaq's surveillance technology to help make sure the platform provides a fair and rules-based marketplace for their own participants.

Furthermore, exchanges issues are being tackled, both in the States and abroad, with the likes of Japan and South Korea coming down heavily on poorly run businesses.

A good example of more stringent exchanges is Fidelity, who said in October that they were launching a separate company to handle cryptocurrency custody and trade execution for institutional investors.

Coinbase, Gemini, BitGo, Ledger and ItBit are among those already working on similar solutions.

Despite the poor performance in the price of Bitcoin currently, it is pleasing to see that even the likes of the SEC and Clayton are cautiously, but positively, waiting for things to be better and grounded in steady footing in the cryptocurrency space.

The way in which Bitcoin skyrocketed in December last year was never sustainable or even operable in the long run, as it was fueled by greed and left out key fundamentals of an emerging market and technology.

The fact that institutionalised groups and regulators are now involved and taking it slow and steady indicates there is still large room for growth going ahead.