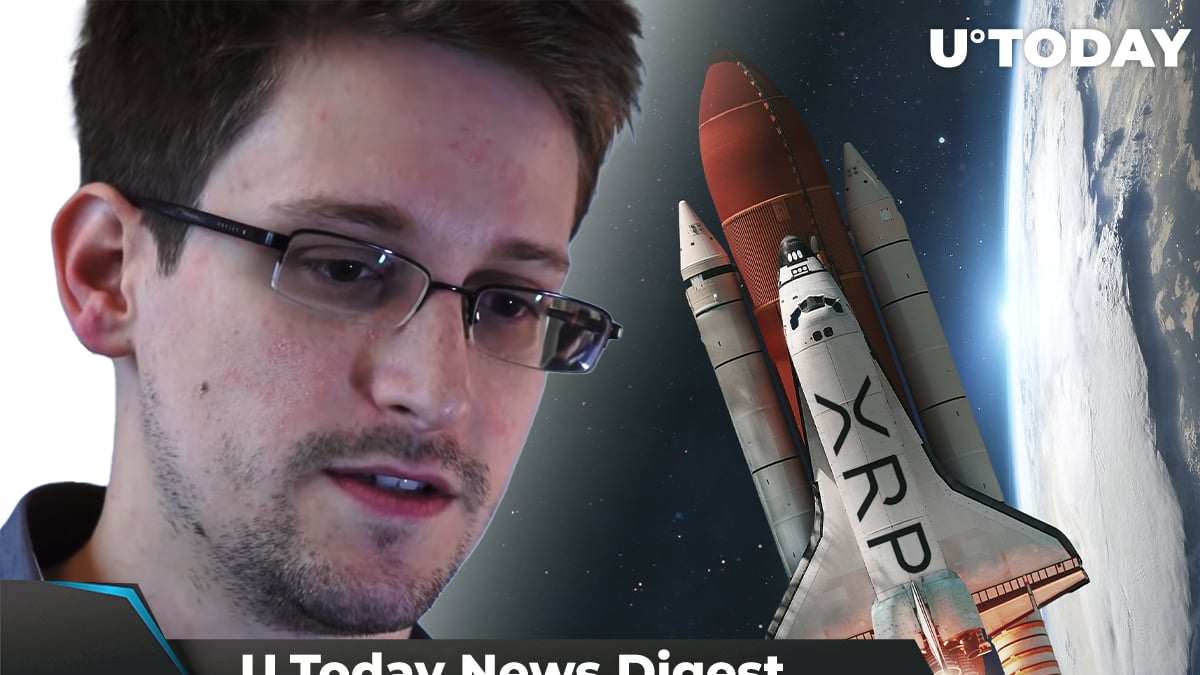 Here are the top five news stories over the past weekend:

According to Ripple’s Q3 report published on Friday, the company has logged a 211% quarter-over-quarter increase in its XRP sales. It sold $491.74 million worth of XRP during the previous quarter, which is $333.82 more than in the second quarter of the year. The reason behind the growth is the success of Ripple’s ODL service, which uses XRP as a bridge between fiat currencies.

Also, in its Q3 report, Ripple confirmed that during the third quarter, it had made its final transfer to co-founder Jed McCaleb.

Former National Security Agency consultant Edward Snowden recently poured cold water on meme cryptocurrency Shiba Inu. On Sunday, a famous whistleblower posted a tweet in which he cautioned his followers against investing their funds into a “clone of dog money” or, if they are still going to do so, to weigh their odds of outsmarting the market. Snowden’s comments are similar to those made by Tesla CEO Elon Musk, who tweeted that he purchased some crypto out of curiosity, urging his followers not to bet their farm on the speculative asset class.

Yesterday, everyone who happened to be in New York City's Times Square caught sight of a gigantic digital billboard promoting Shiba Inu, promising to “reach the moon soon.” The price of a single Times Square billboard can reach $50,000 for a one-day showing.

Shiba Inu is not the first meme coin to appear in Times Square. Earlier this year, when Dogecoin and Safemoon were at their respective peaks of popularity, their proponents also bought ad space in one of the busiest pedestrian areas in the world.

Last Thursday, NASCAR driver Keith McGee was surprised to discover $181 million worth of Shiba Inu tokens in his Coinbase account. While many people would be happy to find the balances of their exchange accounts a hundred million dollars larger than they thought, this is not the case with the 40-year-old race car driver from Alaska. McGee claims that this money does not belong to him; he wants to return it, and he will keep trying to right the wrong for "as long as it takes."

On Saturday, Colin Wu, journalist and expert in the Chinese cryptocurrencies market, reported that Tron CEO Justin Sun removed $4.2 billion in various digital assets from Aave's lending pools. The withdrawal, in the journalist’s opinion, may be attributed to concerns about the potential vulnerability of Aave Finance's design. Allegedly, this vulnerability is similar to the design flaw in Cream Finance that resulted in a $130 million hack that took place three days ago.