Alex Dovbnya
Ripple's partner MoneyGram destroys its previous record of transactions during the holidays, plans to prioritize digitization in 2020 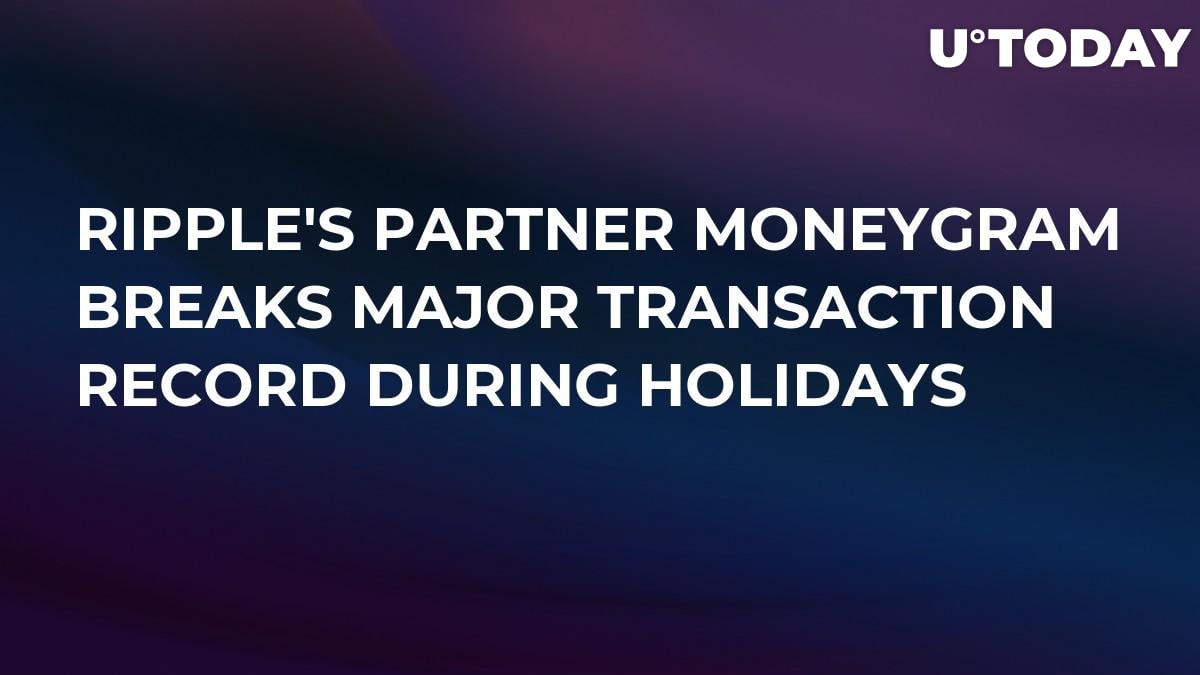 According to a recent press release, legacy money transfer company MoneyGram has shattered its previous record of transactions during the holidays. The major partner of blockchain behemoth Ripple now boasts a 70 percent increase compared to the previous year.  Notably, this percentage increases to a whopping 120 percent if to include the US.

The digital transformation of MoneyGram

The company emphasizes that around 80 percent of all transactions were made with the help of mobile devices. The total number of smartphone owners surpasses three billion people, which means that there is an enormous market for hassle-free international payments.

MoneyGram CEO Alex Holmes says that the company's new mission is mobilizing the movement of money.

"The success of our mobile app throughout the year, and especially during this holiday season, demonstrates the value consumers place not only on our user experience, but also on our global distribution network," said Holmes.

The old-school player will continue to work on the digitalization of its business in 2020. They plan to debut new "product enhancement" in the likes of Visa Direct. As reported by U.Today, MoneyGram became the first company in its line to start using the real-time payment solution by Visa.

Ripple now owns a 10 percent stake in MoneyGram after putting $50 mln into the company that is struggling big time to become profitable. The investment is supposed to help MoneyGram to step into new markets with Ripple's On-Demand Liquidity (ODL) solution.

During his recent CNN interview, Holmes described Ripple's ability to move as "magical" while praising the innovative nature of XRP. However, the MoneyGram boss also revealed that neither he nor his company holds any XRP tokens.