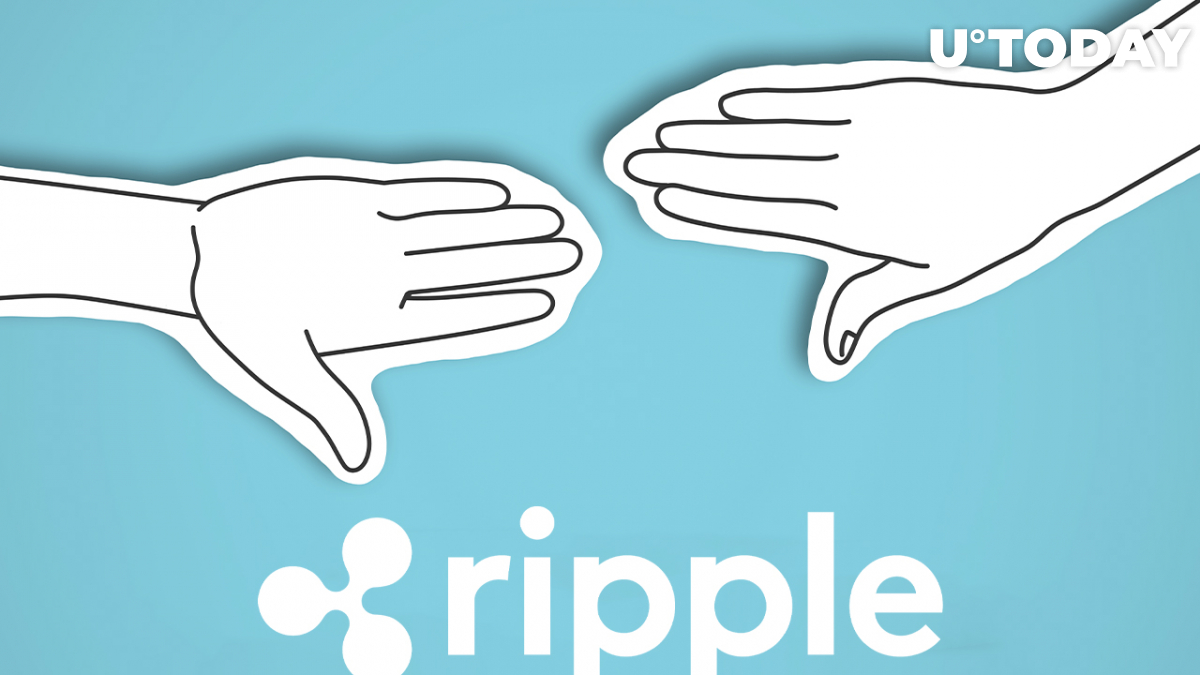 Ripple's Head of Public Policy Susan Friedman states that many entities in the crypto space, including Ripple, seek to work proactively with Congress and regulators on smart regulation - for a digital asset space that both fosters innovation and protects consumers. 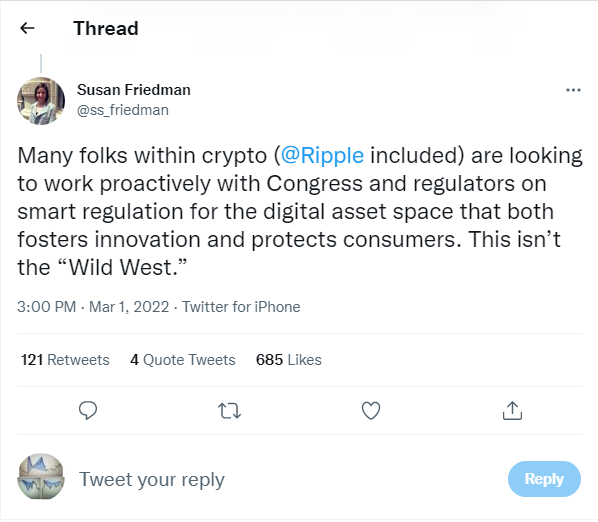 The Ripple exec says this while noting that the cryptocurrency sector ''isn't wild west'' as it is often claimed to be. In late September 2021, SEC Chair Gary Gensler - while arguing for greater oversight of crypto - called the sector the "Wild West" when he testified before the U.S. Senate.

Ripple is in the middle of a lawsuit with the SEC as the agency accused Ripple and two top executives of conducting an unregistered offering of $1.3 billion in XRP between 2013 and 2020.

The court's "biggest decision in the Lawsuit," according to Cryptolaw founder John Deaton, is around the corner. The SEC is currently arguing the DPP ruling by asking for reconsideration while claiming that the ''Estabrook notes'' are privileged.

Over the weekend, Ripple and the individual defendants filed their opposition to the SEC's motion for partial reconsideration and clarification of Judge Netburn's DPP ruling.

The latest update in the lawsuit has Ripple co-defendant Brad Garlinghouse filing a response to the SEC's opposition to an earlier motion from Ripple seeking the disclosure of ''Estabrook notes'' taken during a Nov. 9, 2018, meeting between former SEC Commissioner Elad Roisman and the Ripple CEO.

Cryptolaw founder John Deaton believes these notes, if produced, might bolster Ripple's case against the SEC. They may corroborate the Ripple CEO, Brad Garlinghouse, who left the 2018 meeting feeling confident that ongoing sales of XRP were not those of unregistered securities, Deaton says.

Yes, a one hour settlement discussion happened a couple of months ago.

It didn't settle which means that the next most likely settlement time would be at mediation (see arrow below) which will be hosted by the one and only JUDGE NETBURN who has seen ALL the documents in camera. pic.twitter.com/yDARTALdaf

Attorney Jeremy Hogan, a partner at the Hogan & Hogan law firm, recently posted a document outlining a few rules that the SEC and Ripple might follow, including a settlement meeting 14 days after fact discovery is completed. The XRP community-friendly attorney provided his thoughts on the Ripple case in a series of tweets.

He notes that Judge Sarah Netburn, who has seen all of the documents on camera, hosting the mediation might work to Ripple's advantage.

Jeremy Hogan stated that he believes a settlement might be reached in April or May.