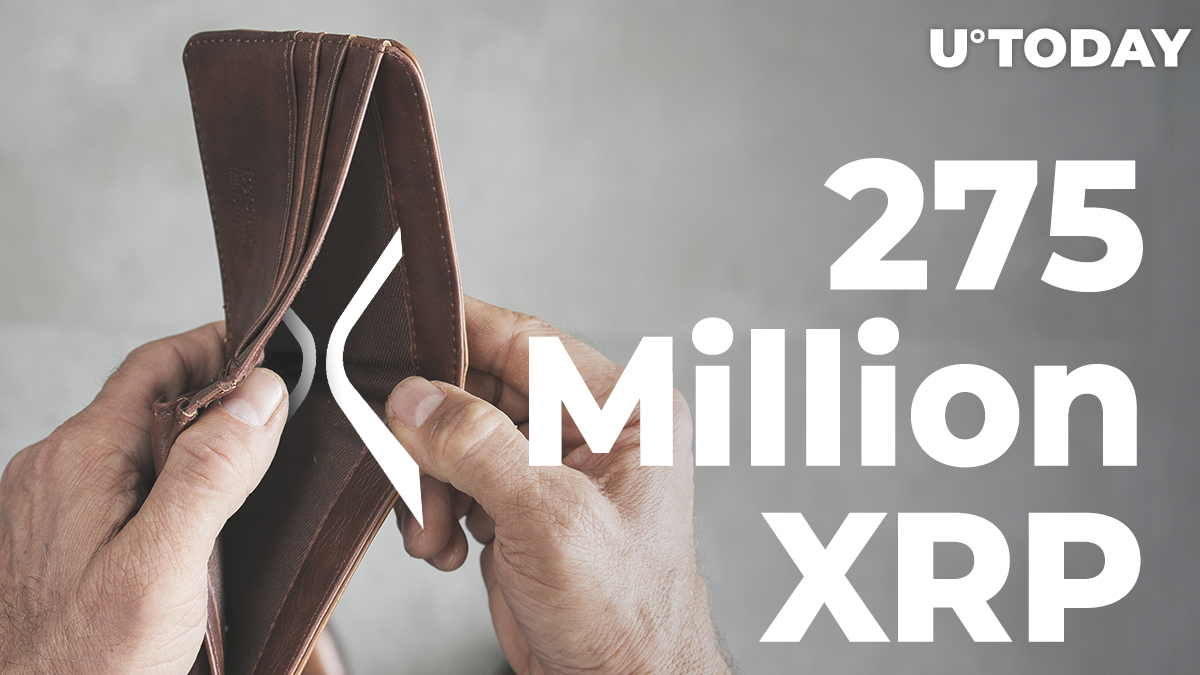 Whale Alert, the popular crypto tracking service that shares the details of large crypto transactions on its Twitter page, has spotted several major transfers. It tweeted that, in the past 17 hours, the Ripple behemoth has moved several eye-popping XRP stashes, one of which was sent to Jed McCaleb's wallet.

He is one of the co-founders of Ripple and was the company's first chief technology officer but stayed on in that position for only about a year.

Ripple shifts 275 million XRP, over half of it goes to McCaleb

Whale Alert has spotted two massive crypto transactions carrying a whopping 100 million and 174,862,720 XRP. The first one sent the funds to one of the wallets Ripple frequently uses – RL18-VN, which is often used for transferring XRP tokens outside the company – to crypto exchanges or financial institutions.

Almost 175 million XRP were moved to the "taconstand" wallet that belongs to Jed McCaleb and was set up when Ripple Labs started – back in 2012.

The amount of 174,862,720 XRP totals approximately $210,051,020. Earlier today, it was reported that McCaleb's "tacostand" wallet's balance is now 709,911,469 XRP. Researcher Leonidas Hadjiloizou tweeted that the wallet from which the Ripple giant had been sending XRP to Jed is empty now.

On Aug. 16, McCaleb's wallet contained 821 million coins remaining. Since then, before receiving 175 million XRP on Sept. 1 from Ripple, Jed has sold 112 million coins, according to data from XRPscan.

According to forecasts from the jed.tequ.dev website built by the XRP community, Jed is likely to sell all of his XRP by Dec. 5, Dec. 22, Dec. 24 or January 2022 – depending on the weekly and monthly scale of his XRP sales.

On Sept. 1, Ripple unlocked one billion XRP coins from escrow. A total of 55 billion XRP were locked in it initially, and Ripple has been releasing one billion coins on the first day of each month since 2017. The plan was to continue doing it for 55 months, which means these programmed released should stop next year.

As has been happening for a couple of years now, approximately 800 million coins have been locked back in escrow, along with 200 million XRP taken by the company to cover its current costs and to send to investors and exchanges.