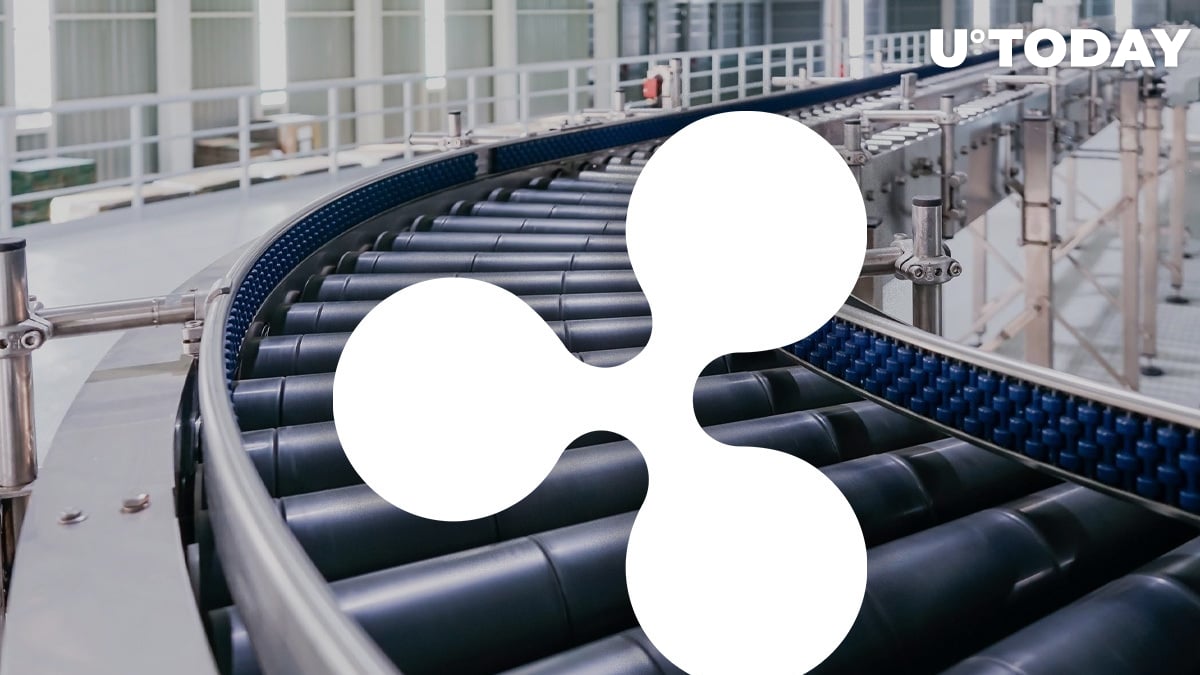 Another billion XRP tokens has been withdrawn by the Ripple DLT behemoth from escrow on July 1.

These releases of massive XRP amounts have been programmed to take place on the first day of each month for a few years in a row already.

The blockchain decacorn continues to do that even while it is fighting a legal battle against the US security regulatory agency – the SEC.

In the meantime, the seventh largest cryptocurrency XRP has still not recovered from the fall below the $1 level and is exchanging hands at $0.6615 at the time of writing. 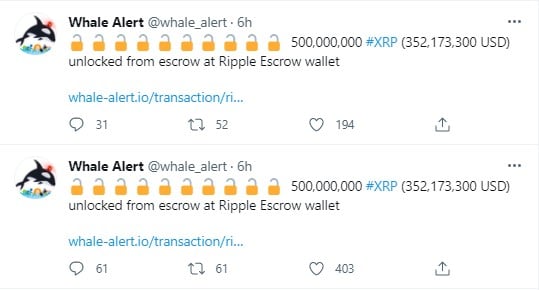 As July 1 arrived, the San-Francisco-based blockchain giant unlocked another billion of the cryptocurrency affiliated with it. That is equal to over $704 million in fiat.

Ripple has released its regular 1,000,000,000 XRP in two transfers of 500 million each. As a rule, around eighty percent of this astounding amount of crypto is usually locked back in escrow (800 million), while the rest gets sent to crypto exchanges to support XRP’s liquidity, generate fiat cash for the company’s operational expenses and to financial institutes that Ripple collaborates with.

Partnership agreements between Ripple and banks, payment companies and other institutions (over 350 of them) often require them to utilize Ripple’s payment network RippleNet and the XRP token as well.

In the past, many in the crypto community blamed Ripple for preventing the XRP price from rising by these regular releases of 1 billion XRP. A petition on the change.org portal was launched to demand that Ripple stopped throwing large amounts of XRP to the market.

However, with time this attitude changed as it became clear that the price of the coin (which a couple of years ago held the third spot among the top-ten coins) was not impacted by the coins unlocked from escrow every month.

Related
214.4 Million XRP On the Move, Wired by Ripple and Top US and Asian Exchanges

The US regulatory agency on securities and exchanges initiated the legal action against Ripple Labs and two of its highest-profile executives – Christopher Larsen (co-founder and former CEO) and Bradley Garlinghouse (the current CEO).

The SEC accuses the company and the two executives of selling unregistered securities (XRP) to institutional investors since 2013 and earning over $1.3 billion on these sales.

Still, Ripple continues releasing XRP from escrow and sending part of it to financial institutions that cooperate with Ripple and use the blockchain tech provided by it.