Redditor: Bitcoin Will Become Unsustainable in Terms of Energy Cost by Around 2030 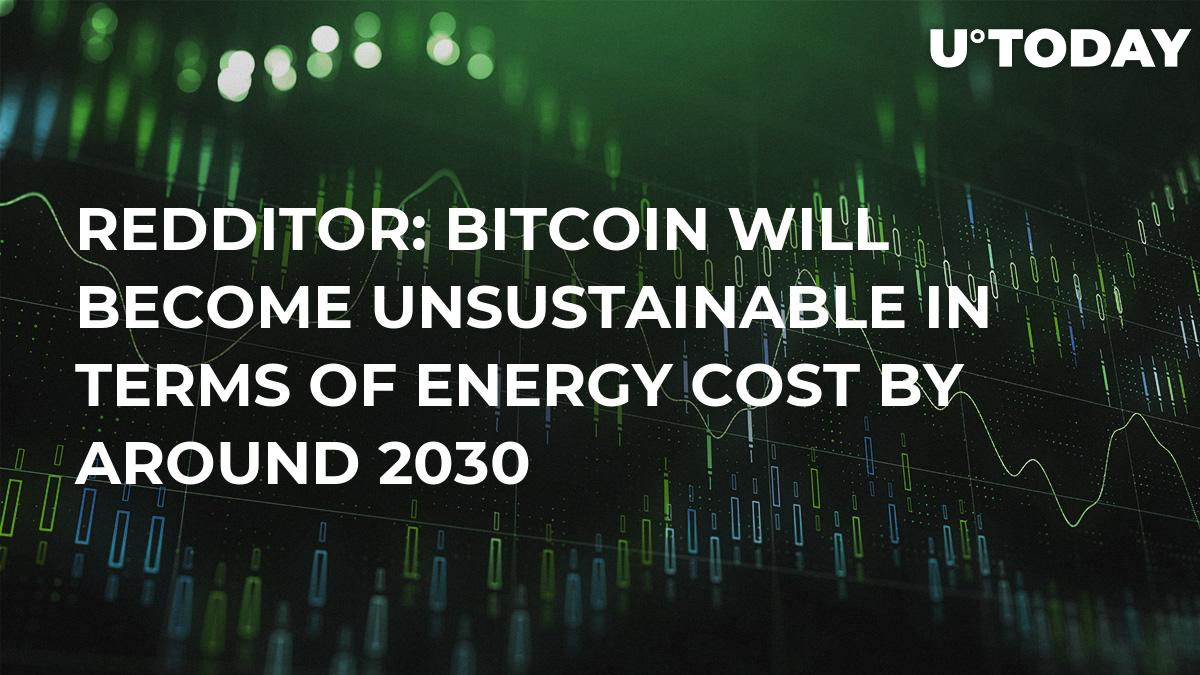 A redditor Illsellyoullbuy has provoked a heated discussion on the platform, posting an opinion of his friend who is “who is a computer engineer and quite expert on blockchain”, who claims that in 11 years Bitcoin will become too expensive to mine thanks to the continuous halvenings and a high electricity costs.

Miners will be forced to give up their business, the ‘expert’ says and without them extracting new Bitcoins will become impossible.

The community’s reaction, however, was quite skeptical that the quoted friend was an expert on blockchain.

Some also argued that electricity rates will inevitably go down in the future as new technologies are developing, providing more and more people with renewable sources of energy.