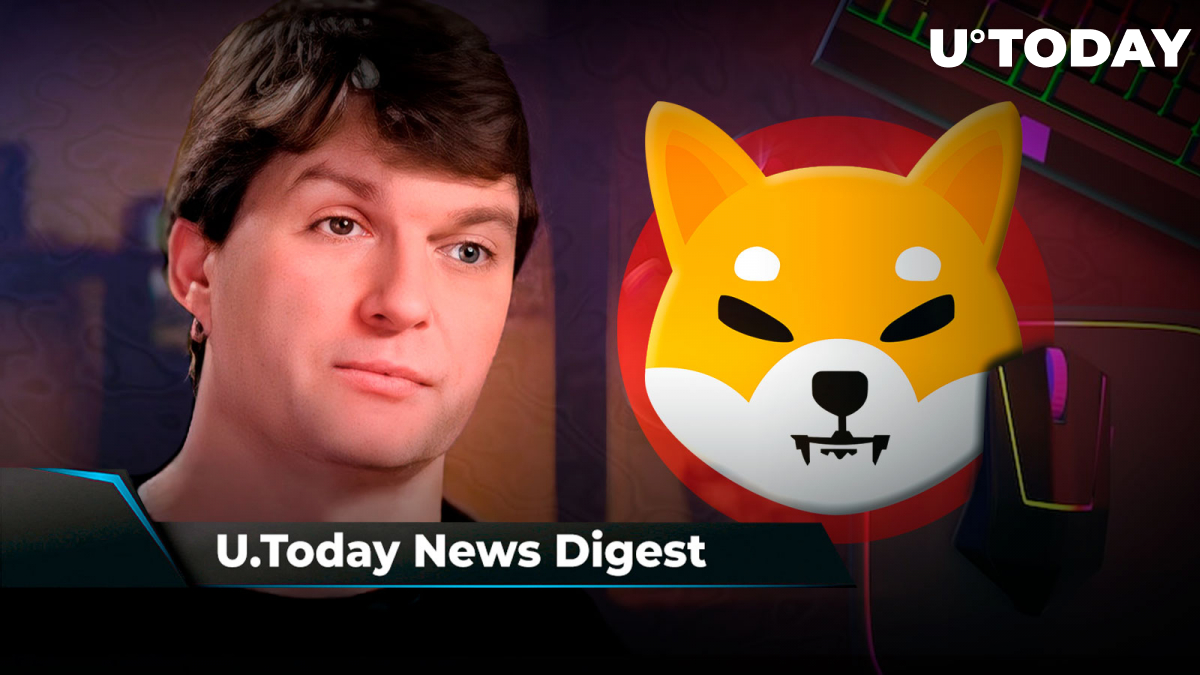 New Shiba Inu game is already a hit in Vietnam

In a recent tweet, Shiba Inu Games’ alpha director William Volk shared a follow-up of the early testing of Shiba Eternity, a new collectible card game, in Vietnam. He stated that due to a higher-than-expected number of players, the team had to increase the capacity of gameplay servers 50-fold, which indicates that the game is already seeing great popularity. Shiba Eternity was created in partnership with Melbourne, Australia-based game developer PlaySide Studios, and its name was unveiled in early August to much fanfare. Apart from Shiba Inu Games’ success, the meme coin gladdened its community by climbing to 12th place by market capitalization on CoinMarketCap.

Ripple’s little victory of being allowed to serve nonparty subpoenas to authenticate some videos of top SEC officials giving speeches inspired the XRP community to help the fintech giant to find justice, being the true amici curiae. They pointed out several publications citing XRP as a nonsecurity, including the one by HSBC on DLT technology. The publication mentions Ripple’s XRP ledger, stating that it “provides real-time cross-border settlements, using tokens that represent central bank currencies.” As previously covered by U.Today, Goldman Sachs' Investment Banking Division identified Ripple as an "opportunity in payments," alongside Circle and Coinbase, in its "Overview of Digital Assets and Blockchain."

"Big Short" hero Michael Burry exits all markets; is it a sign for crypto?

Michael Burry, the hero of the "Big Short" movie who predicted the great crisis of 2008, sold off 95% of his holdings, keeping only one asset on his balance sheet. It seems that the analyst is betting on a further market downturn, which, if it happens, will have an impact on the majority of cryptocurrencies. The only stock left in Burry's portfolio is GEO Group, which invests in private prisons and mental health facilities in the U.S. At the moment, the trader holds $3.3 million worth of GEO. Back in July, Burry stated that we are halfway through the bear market, and he expects another plunge. If he is right, both traditional and digital assets markets will see a massive crash in the upcoming month. Some crypto investors have also predicted a correction, as fundamental signals are moving in divergence with the price of most assets.

Ripple to power remittances between Japan and Thailand via new partnership

San Francisco-based fintech giant Ripple teamed up with SBI Remit to launch a new joint project to streamline Japan-Thailand money transfers. In collaboration with Thailand’s Siam Commercial Bank (SCB), SBI Remit, Japan's largest payment provider, is using RippleNet to power real-time remittance payments between the two countries. As stated in Ripple’s press release, the implementation will make it possible for more than 47,000 Thais in Japan to freely send yen to Thailand using ATMs, and in one second they will be available for withdrawal in Thai baht there. Previously, such a transaction would require the involvement of a special agent and was mostly done only via cash.