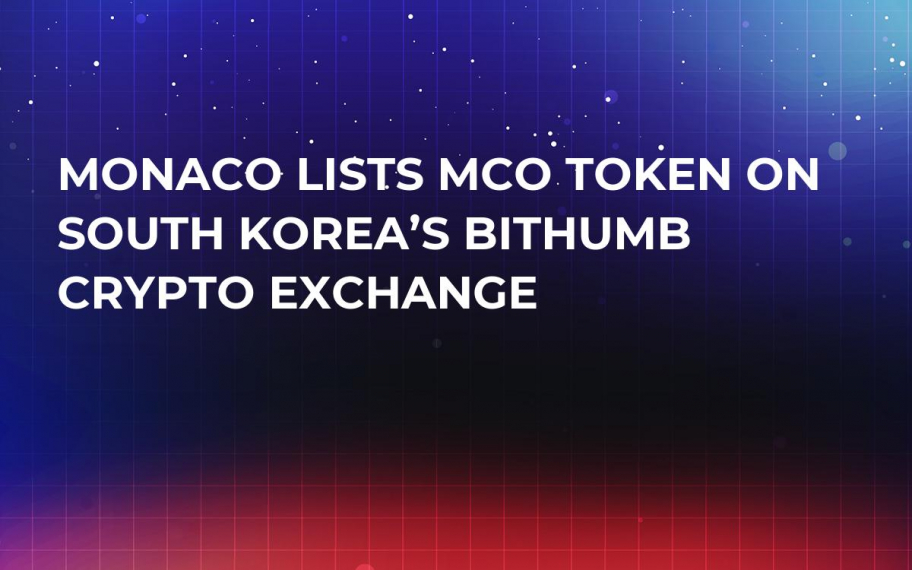 "Local partnerships such as this one are an essential part of our game plan to make the MCO Token accessible globally,” said  Kris Marszalek, co-founder and CEO of Monaco in a statement.

The MCO tokens price has spiked to $14.79 today and more than doubled since its precipitous decline to a year-to-date low in early Feb. to $5.45. MCO’s total market cap is nearly $2.3 bln, according to data collected by Coinmarketcap.

“South Korea is one of the most important markets for cryptocurrencies, and with the support of Bithumb, we look to expand the scale and reach of Monaco to fulfill our vision of 'cryptocurrency in every wallet."

The company also added South Korean language content to its website and said it has launched a number of Korean social media channels to engage with the community.

The Monaco Visa card, an e-wallet, and mobile app also allow users to buy, exchange, and spend fiat and cryptocurrencies, such as Bitcoin and Ether.

Founded in June 2016, Monaco raised $26.7 mln in ICO and is headquartered in Switzerland with offices in Hong Kong and Singapore.

Bithumb, founded in 2014, ranks as the number one cryptocurrency exchange in the world and trades nearly $9.7 bln in volume per day.