Dmitry Cake
Bulls are weak and bears are hesitant. Market volatility is low with no news to shake it up. 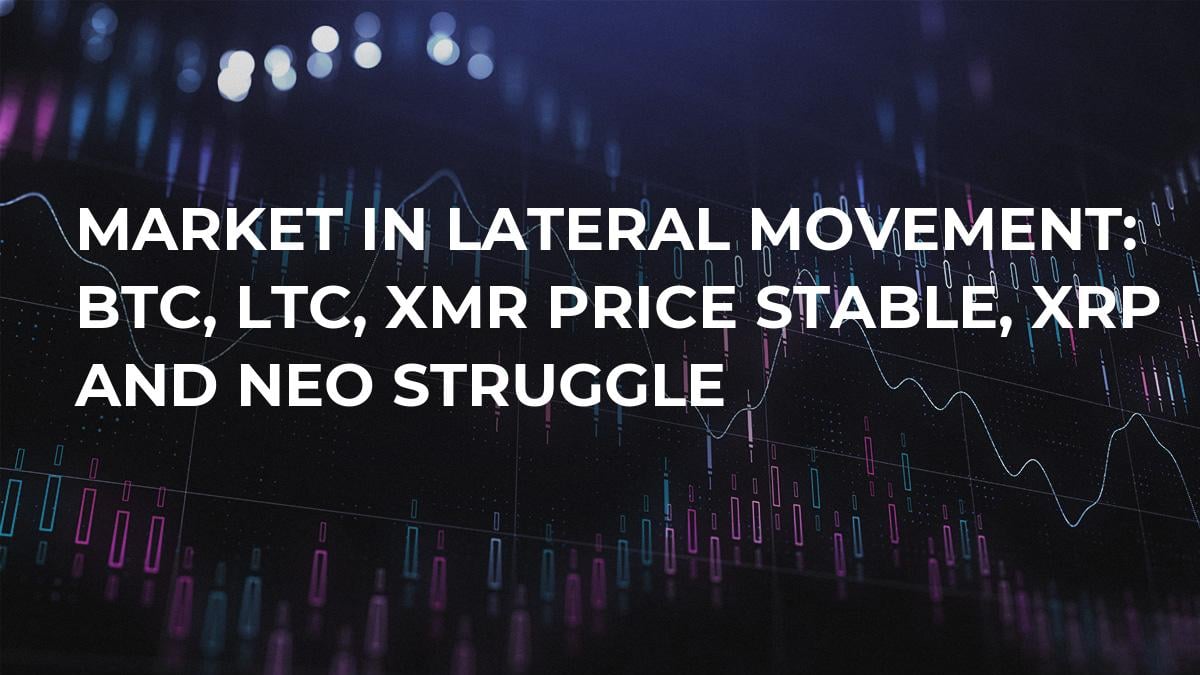 Lateral movement in the market is known to be a nightmare for traders. For a week now, bulls and bears are waging positional warfare, trying to exhaust each other without either side making significant gains. Sometimes a mysterious trader comes to Bitcoin’s rescue at the critical moment and supports the asset with purchase volume, but then bears find the strength for yet another attack, and so on.

Market volatility is declining, the price corridors are narrowing, and tempers are flaring. In such a situation, an organic movement is hardly possible. We are more likely to see either rapid growth or a wave of panic sales- we will find out which in the coming week.

No news is bad news

Over the past weekend, market capitalization has remained at the same level and by the beginning of Monday is at $330 bln. Bitcoin price fluctuated in the $750-wide corridor from a maximum of $9,050 to a minimum of $8,300, and dominance is unchanged at 44 percent.

Taking advantage of relative stability, some altcoins showed good growth around 15-20 percent, but this pertains mainly to the second hundred assets. The top 10 blindly follow Bitcoin, so no surprises here. There are no leaders or outsiders to point out; price fluctuations ranged from minus to plus two percent.

Over the past week, Bitcoin price rebounded three times from the level of $8,300, which can now be declared as the nearest support. Every time, four-hour candles supported by this value had long lower shadows, which means that buyers are not giving up yet.

For now, the fair price for two months, which is $8,450, remains a magnet. However touching the $8,300 level for the fourth time can prove fatal and bears will get an opportunity to test the $8,000 level, which we wrote about previously.

If the bulls gather their strength and push the price above $8,700, next we will see $8,900 where the main struggle will unfold for the reversal of not only Bitcoin but the market as a whole. Purchases at these levels are possible, but only with short stop-loss orders set at the classic two percent.

Litecoin continues clinging desperately to $157 and has even formed a triangle, contained on one side by the upper boundary of the global descending channel, and on the other side by the support level mentioned above.

Given the lateral movement of the market, the triangle has little significance as a figure of technical analysis. Its activation is only possible if the market sharply rises or falls at the decisive moment for Litecoin.

In this case, the targets will be either $170 or $146, depending on the direction of the market movement. The first target is determined by the 0.236 Fibonacci retracement, the second by a strong 0.618 level of the same grid, in addition to the boundary of the uptrend. To our readers who are trading in the short term, we recommend the setting a stop-loss order just below $155.

Even the news that Spanish bank Santander is launching a payment application based on Ripple’s Blockchain could not breathe life into the coin’s trades. For five days now, XRP is trading in the narrow channel of $0.61-$0.65, while trading volumes tend to decline.

Investors can be comforted by the fact that the descending channel, marked in red, has been overcome, though without much enthusiasm. At the moment of the breakthrough, the bulls made an attempt to chase the price up to $0.68, but it was not successful. This value remains the first target for growth. In case of a decline, in addition to the already mentioned level of $0.61, bears will try to lower the price to $0.58, where the support is provided by the mirror level and the 0.786 Fibonacci retracement.

Monero is doing slightly better than Ripple, the main difference being that the price is still above the 0.5 Fibonacci retracement. This means that in case of continued decline, investors can expect more support. The price corridor is in the range of $195-$215, its width being 10 percent.

In case of going beyond the limits of the corridor, the bulls’ target will be $222, which coincides with the 0.236 value of the Fibonacci grid, and for the bears, $188 will become an attractive level. Just as with Ripple, we recommend that readers refrain from trading while the price is in the bears’ sharp claws. Despite the fact that the descending channel was broken, further decline is quite likely.

NEO’s graph is confusingly similar to that of Monero, and all the conclusions made for the previous coin are relevant here. Although, for this asset, the downtrend is slightly more pronounced, and the price (currently $64.5) is pressing up against the 0.5 value of the Fibonacci grid from below.

The next target for bulls is apparent- it's $60, where buyers might show some activity, enticed by the round, psychologically attractive value.

However, we are obliged to conclude among the assets we considered today, NEO looks the weakest from the point of view of technical analysis. We will tactfully refrain from discussing possible growth targets. The bulls will be lucky to regain lost positions and win back $68.