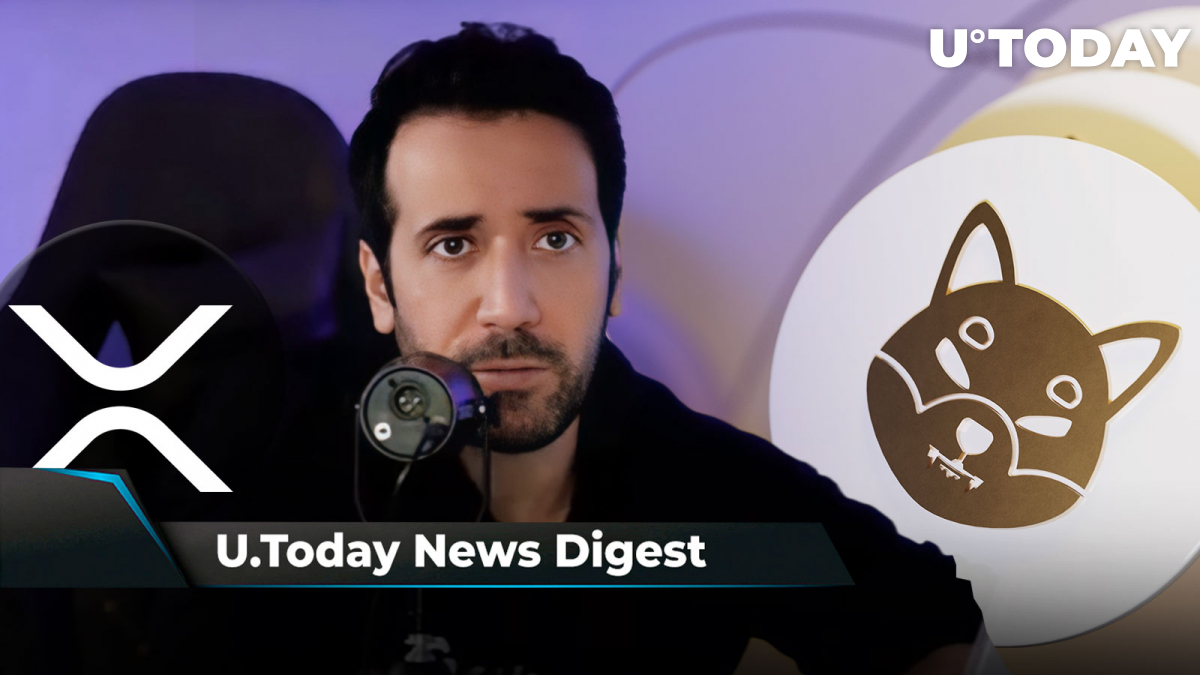 XRP standard to be used by major Сommonwealth bank: details

According to an announcement by Bank of Australia's largest financial conglomerate, CommBank, it will start migrating cross-border payments to the ISO 20022 standard this month. CommBank intends to finish the transition of all of its payments to the advanced standard in three years. It is interesting to note that Ripple already meets the standard as its RippleNet network was initially developed to comply with ISO 20022. The only similar company is Stellar, which was, like Ripple, co-founded by JedMcCaleb. CommBank is not even the first major Australian bank that strives to meet the new interbank correspondence standard. In March this year, the National Australia Bank (NAB) began to adopt ISO 20022 through RippleNet.

Data provided by WhaleStats shows that Shiba Inu’s holder count continues setting new highs, with its current number constituting 1,274,161. Notably, the percentage of long-term holders (holding SHIB for more than a year) outnumbered short- and midterm speculators. Thus, 51% of SHIB owners have held their tokens for more than a year, 43% have held them within a year and 6% have held onto their tokens for less than a month. Even though the number of holders has little immediate impact on the asset’s price, it does signify long-term interest in the asset. Meanwhile, SHIB is slowly recovering from lows of $0.00000854, currently changing hands at $0.00000916.

In a recent tweet, crypto influencer and founder of Gokhshtein Media David Gokhshtein stated that assets like XRP "make more and more sense now" if you zoom out and look at the entire picture. As most cryptocurrencies, including XRP, have underperformed so far this year, Gokhshtein claims he was referring to current happenings rather than the price. Meanwhile, amid the ongoing crisis, Ripple has disclosed its expansion. Ripple CEO Brad Garlinghouse gives the statistics as follows: $30 billion in payments on RippleNet for both fiat and crypto, and Ripple's ODL enters its sixth continent, Africa, as part of the company’s new partnership with MFS Africa, a digital payment gateway.

Shytoshi Kusama, lead developer of Shiba Inu, has recently shared a mysterious but seemingly bullish tweet with his followers. In this tweet, Kusama stated that the "initial design" has been approved and that now he can "double down." However, the developer did not specify what exactly this positive news was about, which made SHIB enthusiasts speculate in the comments: some suggest that it was about Shibarium, while others believe that the post concerned the Shiba Eternity 2 mobile game. Yet, Kusama has not commented on the matter. Overall, however, despite the murky tweet, the reaction of the community was positive. In the meantime, earlier this week, the SHIB team unveiled two new hubs for the metaverse: “Dunes” and a tech trench hub.