Alex Dovbnya
Nano (NANO), the 24th biggest cryptocurrency by market cap in the world is now available for the deposits and withdrawals on the Hong-Kong based KuCoin exchange 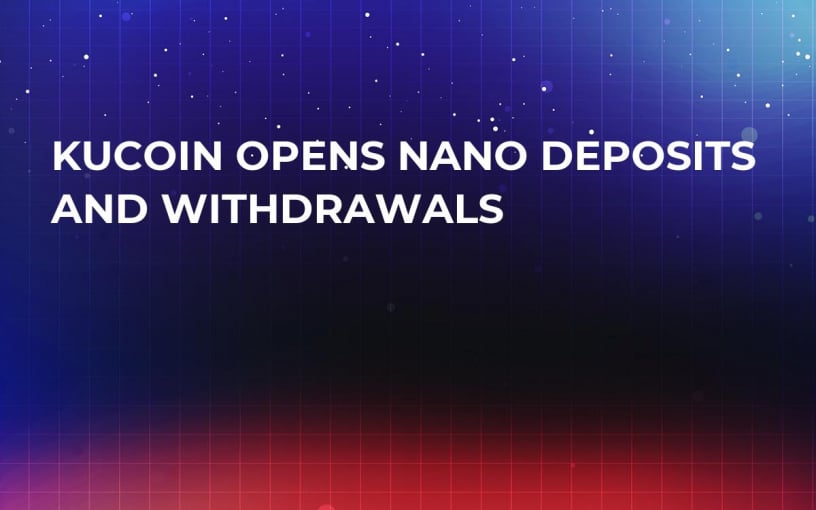 Nano (NANO), the 24 biggest cryptocurrency by market cap, is now available for deposits and withdrawals on a Hong-Kong based KuCoin exchange. The exchange posted an official announcement on Aug. 27.

Earlier, NANO’s experienced an unprecedented 34 percent surge in value in just one day (115 percent in one week), which subsequently almost tripled its daily trading volume. The currency even briefly managed to reach the $100 mln mark. As of now, NANO’s trading volume is sitting at $80.6 mln while the currency is suffering from double-digit losses over the last 24 hours.