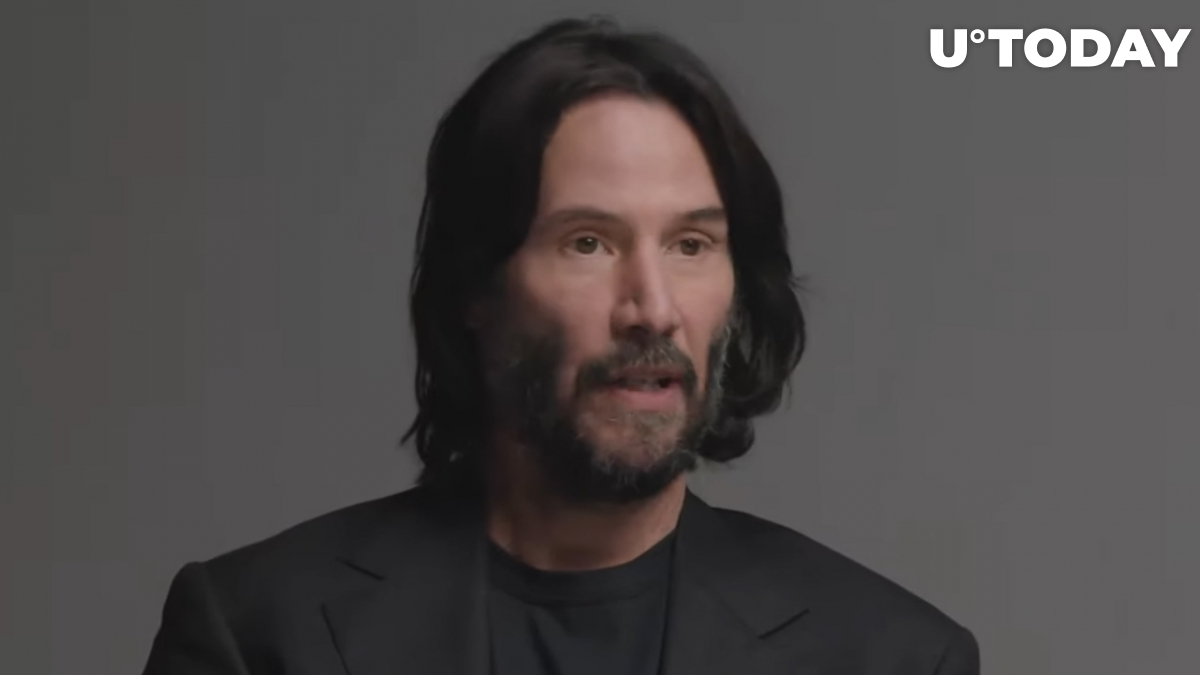 Canadian actor Keanu Reeves, who’s mainly known for starring in the “Matrix trilogy,” went viral on Friday after dismissing non-fungible tokens in the funniest way possible in a recent interview with The Verge.

When asked the inevitable question about his stance on NFTs and digital scarcity, the acting legend stated that these artworks can be easily replicated before he started laughing uncontrollably:

Reeves’s comments have spawned plenty of jokes on Twitter. David Zhou, Shopify’s engineering manager, tweeted that the actor’s laugh was everything that he wanted for Christmas.

Keanu's laugh in response to NFTs in this @verge interview is everything I wanted for Christmashttps://t.co/v4pix60nX9 pic.twitter.com/1J5EcoijDs

Some also noticed the reaction of Reeves's fellow star, Carrie-Anne Moss, to tiring and unnecessary questions about crypto and NFTs.

i don't know which i loved more, keanu's subtle digs at the interviewer's questions or carrie-anne's reactions to said questions pic.twitter.com/VBujWobi7u

Even though Reeves is critical of NFTs, Warner Bros. was still tempted to jump on the most recent fad.

It recently announced a drop of 100,000 NFTs together with startup Nifty ahead of the much-awaited premiere of The Matrix: Resurrections sequel that is going to take place on Dec. 18 in the U.S.

Despite not being a fan of NFTs, Reeves confirmed that he does hold some crypto, but he didn’t mention the name of a specific cryptocurrency.

The crypto that the 57-year-old actor owns was bought for him by his friend.

Taking a stand against Meta

The “Matrix” star was also critical of Facebook’s foray into “metaverse,” noting that the whole concept wasn’t invented by the company.

As reported by U.Today, the company recently changed its name to Meta to highlight its focus on the new venture.

Yet, Reeves, who spoke favorably of decentralization wants the tech behemoth to stay out of it.

The term “metaverse” was coined all the way back in 1992 by Neal Stephenson in his dystopian book called “Snow Crash.”