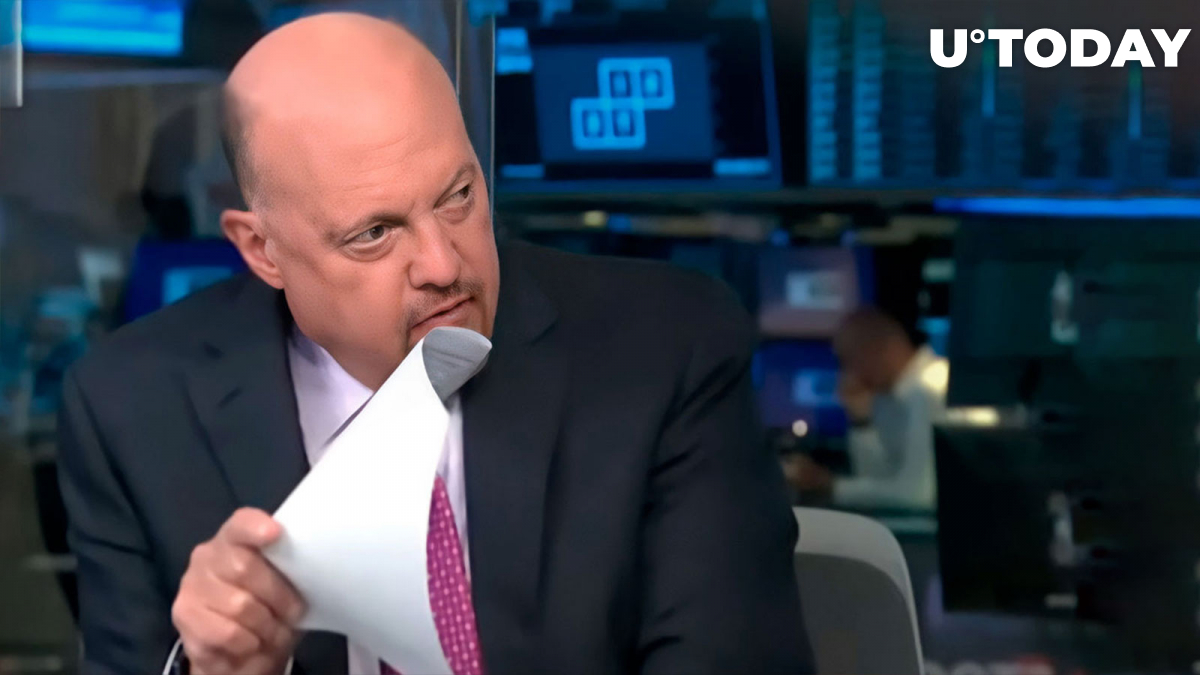 Longtime CNBC host Jim Cramer has offered a scathing critique of cryptocurrencies during his Thursday appearance on "Squawk Box," describing the whole thing as a "gigantic" con. "The whole thing seems so bottomless that I don't know how to fathom it," he said.

According to Cramer, XRP, Dogecoin (DOGE) and Solana (SOL) are all "cons."

The financial journalist believes that CNBC should not follow crypto prices, taking a dig at XRP and questioning why cheap stocks do not get the same treatment as digital assets. "If mean, if we think that XRP/USD Coin is something that we should be following…Well…we should put up Rent the Runway (RENT) and Stitch Fix (SFIX) up there."

Earlier this week, Cramer also predicted that popular altcoins, including XRP and Cardano, might crash to zero.

Cramer has seemingly taken an often-heard stance on cryptocurrency assets that revolves around the idea that only blockchain technology holds value, not crypto itself. "No one thinks blockchain’s bad," the CNBC host remarked.

The former hedge fund manager has complained about people conflating blockchain with "the con."

Cramer has echoed the view of JPMorgan CEO Jamie Dimon who recently praised blockchain while comparing crypto to "pet rocks."

The "blockchain, not Bitcoin" narrative has been gaining traction since 2014, with crypto naysayers arguing that the technology has more promising use cases beyond speculative trading.