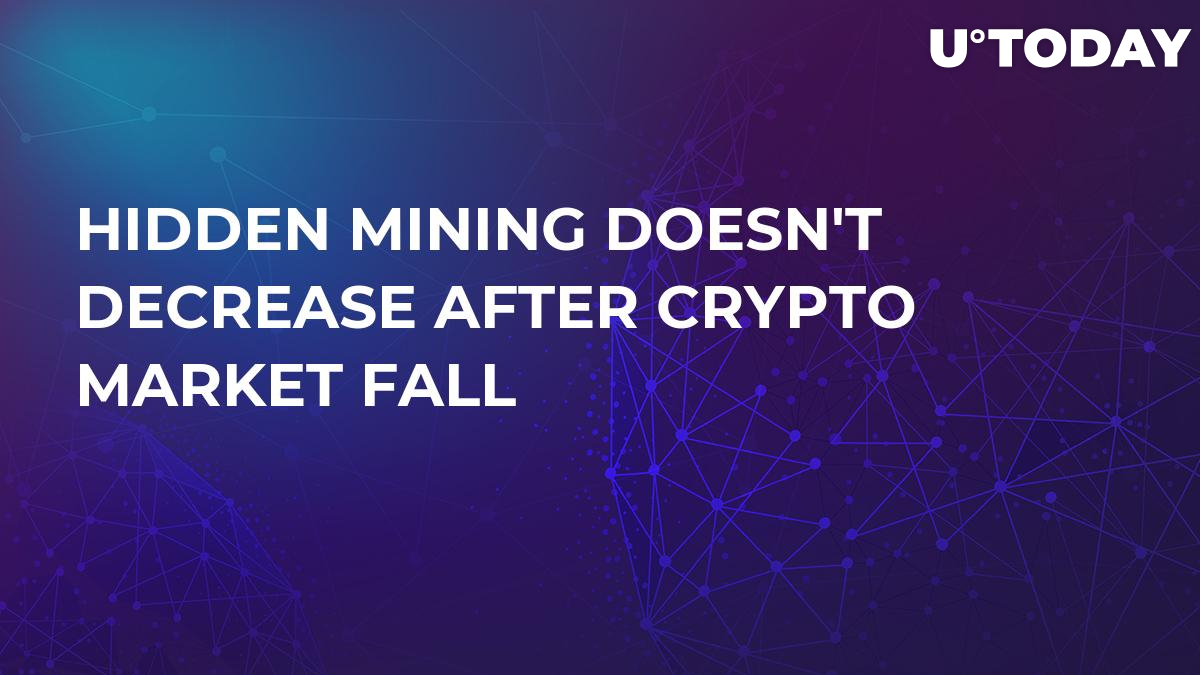 The number of unique internet users who were attacked by crypto miners in the first three months of 2018 has increased dramatically, Kaspersky cybersecurity company reports.

As a result of such attacks, malicious software is installed on computers, secretly redistributing the computing power of infected machines to the production of cryptocurrency. The proceeds are sent to the attacker.

According to Kaspersky company reps, by autumn the number of recorded infections increased even more, and the threat remains relevant. At the same time, it isn't clear yet how the current cryptocurrency market collapse will affect the intensity of these attacks.

According to analysts, a noticeable decrease in the intensity of distributed denial of service (DDoS) attacks may be attributed to the orientation of bots to cryptocurrency mining.

Cybersecurity experts explain the increased interest of criminals in crypto mining by the fact that after the distribution of software, the police and victims often can't establish and prove the fact of the attack.

The company also cites the dependence of the number and intensity of hidden mining depending on the regions. Territories with a weak legislative base against piracy and illegal software are much more likely to become victims of attacks by black miners.

Residents of the United States are the least affected, accounting for 1.33 percent of the total number of detected cases, and users from Switzerland and the United Kingdom are also well protected. At the end of the list are computer owners from Kazakhstan, Vietnam, and Indonesia.

As Kaspersky notes, the wide possibility of extending unlicensed software generates more hidden mining cases. This is confirmed by statistics that show that hidden miners are most often loaded onto the victims’ computers along with pirated software.

In this case, the user independently downloads these installers – for example, from file sharing such as free software or keys for activating licensed products. However, experts have also recorded cases of miners spreading through vulnerabilities in software.