What is Crypto Pump and Dump: Simply Explained For Beginners 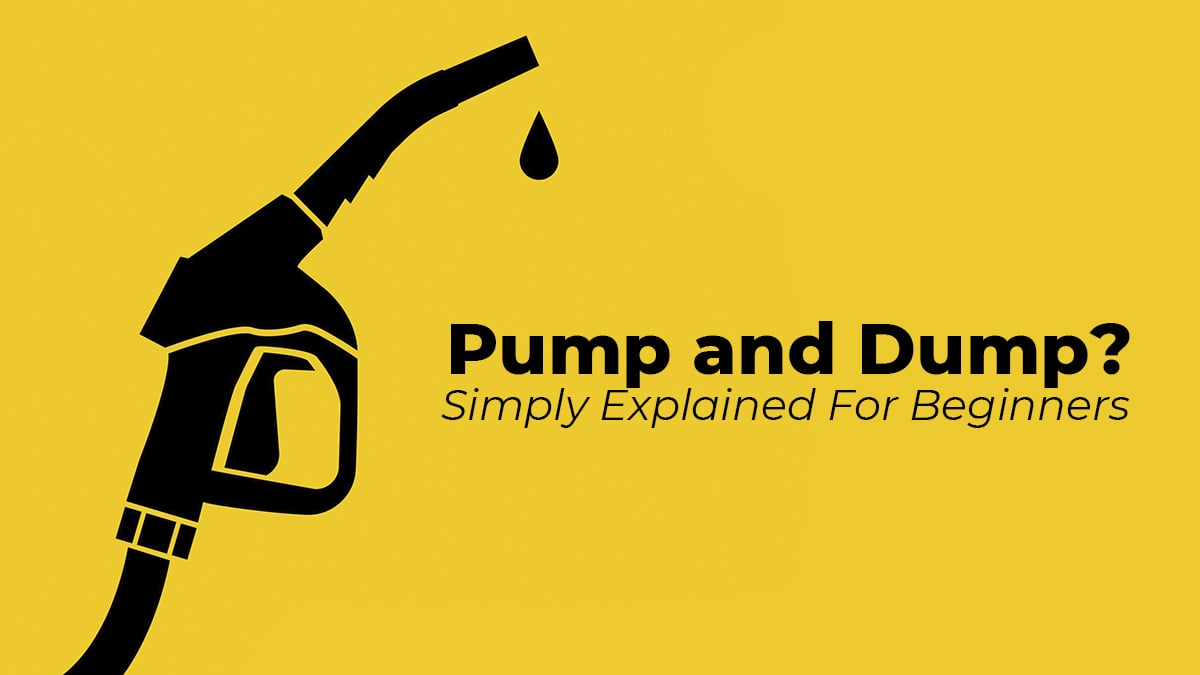 What is pump and dump?

Crypto pump and dump represents a situation when a group of individuals tries to hugely profit off an asset by pumping it. ‘Pumping’ basically means buying a large amount of crypto (or stocks) in order to artificially increase the price of a specific coin. In such a way, pumpers take advantage of the basic law of supply and demand: if the demand goes up for something, the price would normally increase as well.

Scammers often pump and dump crypto, because, unlike traditional financial assets, it is tightly traded. Moving prices on a single exchange could have a substantial impact on the whole market. Pumpers normally target rather unpopular altcoins that do not need a lot of investments for price manipulations. For example, you would need to pump Bitcoin ad infinitum in order to provoke another bull run, but even $1,000 would be enough to effectively speculate on some new cryptocurrencies.

How pump and dump works?

There are crypto pump and dump groups of people who buy extremely cheap altcoins and then they want to sell it off at a significantly higher price. Their task is to convince people that the coin is constantly increasing its value. They deploy different means of outreach including spam Twitter accounts, Telegram groups with thousands of active users in order to promote a new coin. Until recently, they would also put additional resources in buying Facebook and Google ads, but the recent crackdown on cryptocurrencies and ICO advertisement now prevents it.

Many inexperienced traders would invest in such a ‘promising’ asset out of fear of missing the boat on another big crypto. People are not generally interested in a plethora of obscure coins, but any cryptocurrency will attract their attention if it starts experiencing a major bullish uptick.

Then the pumpers dump the coin to their victims. That dwindles the hype and, subsequently, leads to a major drop in price.

Large pump and dump crypto groups usually have a very complicated structure. They consist of the following layers:

Obviously, organizers and some individuals from the inner circle run the whole thing: they decide what kind of coin they would like to choose and how they are going to promote this asset. On top of that, they are also responsible for timing. Being one of the organizers is very pricey and time-consuming, but at the same one get a huge profit in everything goes as planned.

Members from the inner circle find out what cryptocurrency they are going to pump in a few seconds after the decision. All other members of the community (including the outer rim and last-minute pumpers) find out all the information only in about 30 seconds. After such a period of time, most of the move already takes place, so it is almost impossible for run-of-the-mill pumpers to hugely profit off dumping.

The process of pumping and dumping

How to pump and dump crypto? First of all, the inner circle decides what kind of currency they would like to choose for promoting. They get the biggest profit due to the fact that they purchase the coin prior to other members of the system. However, there is also a high-risk factor, since may they may experience some bug on the exchanges or some technical issues on their side which may slow down the process (even a few seconds are crucial in P&D schemes). It may also be possible that two or more groups will be operating at the same time creating havoc with the system.

Once the pumping starts, the participants should be fully prepared with funds already deposited to their accounts. On top of that, they have to make sure that their computer has enough processing power in order to swiftly conduct a large number of transactions (the same applies to the speed of their internet connection). Sometimes they deploy a whole bot army, which is capable of purchasing altcoins in a matter of seconds. Once the insiders have cashed out, they inform other lower-level members of pump and dump groups about crypto of their choice.

When it comes to the pumping stage, organizers try to involve as many ordinary folks who from the outer circle who will buy the currency at a higher price. Since the effect is really short-lasting, these investors are going to invest significant losses. The price of the pumped coin will drop like a rock in a couple of days.

How to avoid pump and dump?

Is pump and dump legal?

Is pump and dump crypto illegal? Such practices of giving a push to companies, which are on the cusp of a major ‘breakthrough,’ is nothing new in the world of finance. The cryptocurrency industry is still going through ‘growing pains’ with little to no regulatory efforts. Even such openly fraudulent activities like pump-and-dump still remain legal on cryptocurrency exchanges. In February 2018, however, CFTC came up with an official warning for inexperienced traders and offered as many as $100,000 for any insider who would expose major pump-and-dump schemes. CTFC also states that up to 80 percent of ICOs may be involved in fraudulent activities, so traders should be exceptionally cautious before making some serious investments.