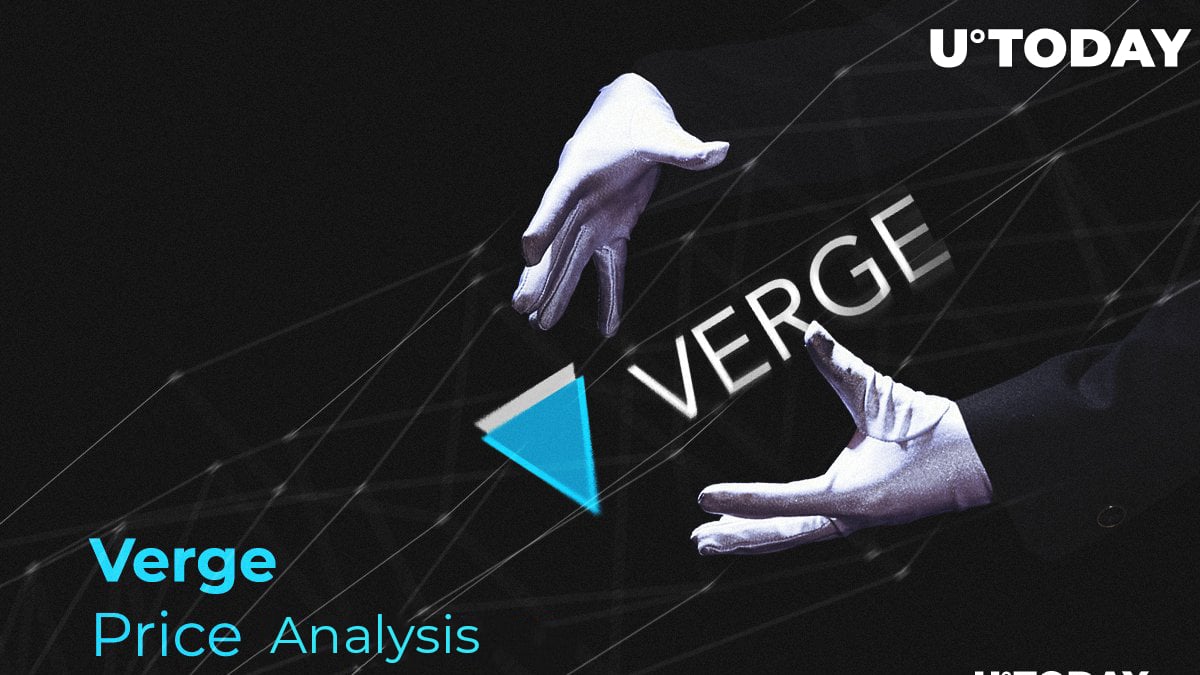 After being in the shadow of Bitcoin and other coins alike, Verge finally started making waves and attracted the attention of crypto traders from all over the world. Wonder whether it is a good option for investment? Let’s find out the Verge price prediction for the nearest future and decide whether the game is worth the candles.

Verge cryptocurrency was initially invented in 2014 and initially called “Dogecoin Dark.” However, the name was changed to avoid association with crimes. Its creator, “Sunerok,” decided that Bitcoin doesn’t sustain proper anonymity, so he developed a Blockchain that would guarantee private fund transfer. Verge hides everything: the owner of currency, historical transactions and account balances. Therefore, it’s best suited to tackle anonymous transactions.

Were the previous XVG predictions justified?

To get better insight, let’s learn about the history of the coin right from the start. The peculiar fact that Verge was launched without an Initial Coin Offering and even without pre-mining contributed to zero popularity of this project. Until 2016, the rebranding year, no one knew about Dogecoin Dark.

In November 2017, Verge coin prediction was as follows:

In three weeks of December, the cost of Verge sprang from $0.005 up to $0.14, which was an increase of 2,700 percent! However, in a week, it dropped down to $0.09. Apparently, Verge coin price predictions were too optimistic back then, but what happened truly amazed the investors.

Although Verge experienced a severe drop since January 2018, some investors are sure that it may rise by 100 percent and higher by the end of this year. So, what’s Verge price prediction 2018? According to market analysts, XVG is in the ‘bullish’ zone, which means investors believe in its potential, and their contribution makes the coin grow in price.

A good example is a tweet posted in March 2018. Verge claimed they would establish a “Mystery Partnership,” which actually was postponed, but made Verge rise quickly and even reach $0.11.

Here are some other versions of Verge coin price prediction 2018:

The last three months of 2018 promise to become interesting: Verge price can still grow considerably. First, Verge will establish a partnership with TokenPay (they will even release a debit to be funded with Verge). Secondly, Verge can become one of the first privacy coins to promote the smart contract technology. The team is tight-lipped about the creation of the proprietary Rootstock protocol, and if released successfully, it can trigger the XVG price considerably.

According to megacryptoprice.com, Verge will rise to $0.169428 in a year, which will add 1,100 percent to the current value. Verge coin price prediction on WalletInvestor is less optimistic: while users expect it to rise to $0.02, Facebook is more optimistic with its forecast $0.07. The website claims XVG will grow to $0.039 in a year. Coinfan website shows that the price can grow from $0.029 to $0.12.

In 2020, we can witness a significant growth of Verge price: according to Coinfan, it can grow from $0.1 to $0.45. WalletInvestor shows that Verge price will be around $0.06 in 2020. TradingBeasts has the same numbers.

How much is Verge now?

With the market cap of $212 mln and a huge circulating supply of 15,172,086,051 coins, Verge sells for $0.01402. XVG is on the 41st place in the rating of world cryptocurrencies. It is present on different exchange platforms, so you can easily purchase some coins.

What may influence Verge cost?

Verge XVG price prediction will be defined by a whole range of factors. Let’s check how its cost can be impacted:

Taking all these factors into consideration, it’s hard to give some precise forecasts: you never know which factors will play the key role.

So, is Verge a worthy investment? Although it’s hard to give any certain forecasts, this crypto coin promises to grow. Slowly but steadily. Therefore, if you’re ready to wait two to three years to get revenue, invest right now. Verge is one of the crypto pioneers in the niche of private transactions, so should definitely retain its position.