George Shnurenko
Litecoin is seen as Bitcoin’s silver, so one way to pick up a few pieces of digital silver is to mine it yourself 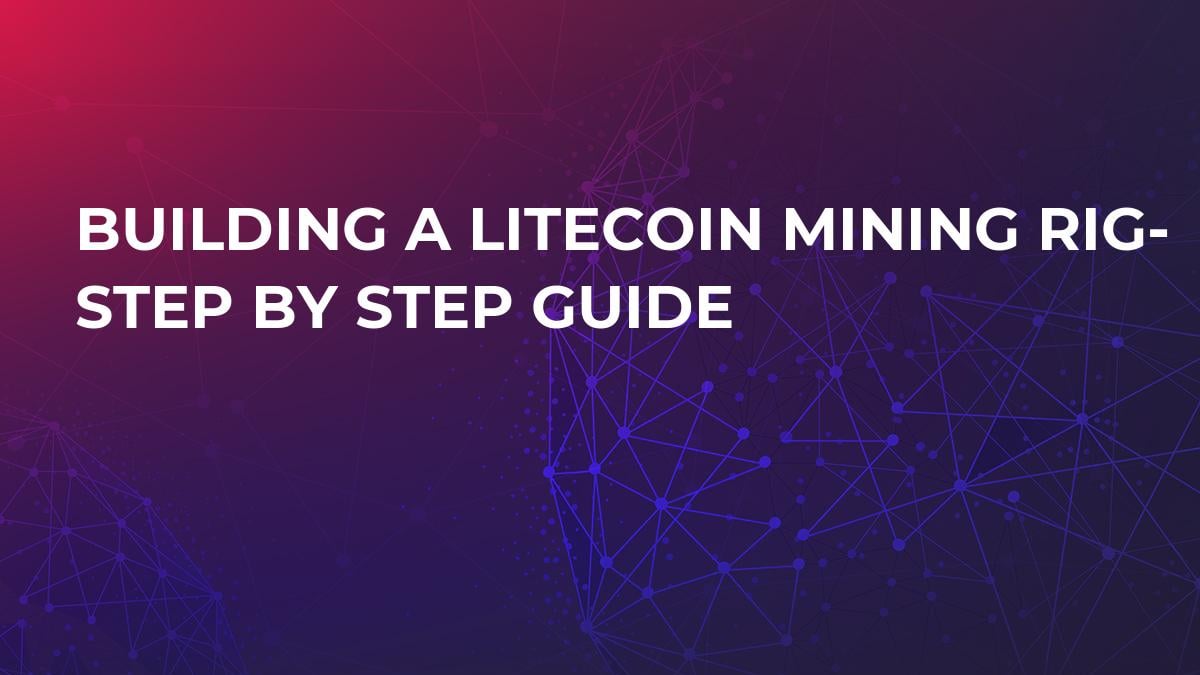 How to start making money on cryptocurrency? The easiest way is building your own Litecoin mining rig! Learn to create a green-field mining rig: our step-by-step instruction will help you.

All of us are trying now to get into currency mining– it seems to be the easiest way to obtain crypto without investing mind-blowing sums of money. If you’re planning to become a miner, pay attention to such resource as Litecoin– one of the top-10 current cryptocurrencies that continues gaining value steadily. But don’t rush to search for a Litecoin mining rig for sale– you can save considerably doing it by yourself. This guide will teach you to build a Litecoin mining rig from scratch.

The golden days when you could mine Bitcoins on your PC or smartphone are over – the difficulty of mining has grown exponentially, and your investments in Bitcoin mining aren’t likely to pay off. Luckily, there’s a myriad of altcoins that are GPU-mineable, and Litecoin is one of them. Just like Bitcoin, Litecoin uses proof-of-work for building a chain, but the processing is several times faster, so it’s easier to mine. Litecoin price in May 2018 is $168 and is expected to continue growing. This is one of the most promising cryptocurrencies and is still not hard to mine.

Litecoin vs. Bitcoin: What to choose?

The difficulty of Bitcoin mining is overwhelming: today, it’s hard to mine this cryptocurrency on your own, while an ASIC Litecoin mining rig can still bring you a considerable revenue. Here are the main reasons for choosing Litecoin mining instead of traditional Bitcoins:

Mining is the process of maintaining the Blockchain– the distributed ledger containing all transactions made. What miners do is receive the transaction details from different network participants and assemble the transactions into certain structures by finding a suitable hash.

Hash is the result of running a chunk of data through a cryptographic algorithm: the set of data will return only one hash. Hash cannot be used to obtain this data, but it ensures its safety and integrity. If one symbol in the string is changed, the hash will become unrecognizable. Since each block has the hash of the previous block, the network will know if someone attempted to insert a transaction into the ledger.

Mining is becoming more and more competitive: the first miner to generate a correct has is rewarded with Litecoins, the others get nothing. Therefore if you want to outperform the rivals, you need to have a lot of computing power. There is a specialized gear for mining– the hobby has turned into a real profession, and people around the world get involved by building mining farms and rigs.

Creating a Litecoin mining rig in 2017 was a simple and profitable initiative, and it may still bring you considerable revenue. You just need to organize facilities properly.

Prior to building Litecoin mining rigs, you need to create a wallet where you will keep your coins. The easiest way is to open the homepage of the Litecoin and find the download link for the wallet app. If you have issues with that, there are numerous community forums on the Net. Most wallets are based on the Bitcoin-Qt client and they are reliable, but you may need to wait when the entire Blockchain downloads.

Instead of buying a ready system (which is hard to get and expensive), you can buy Litecoin mining rig hardware and assemble the unit on your own. Here’s what you’ll need:

GPU – Which one is better?

The choice of the graphics processing unit is crucial for the efficiency of your mining rig. In this table, we’ve performed Litecoin mining rig comparison based on the GPU models.

AMD Radeon RX580 is a real hit that’s always on demand among miners. However, this is the reason why it’s rarely in stock and people cannot find it in stores.

If you know how to work with Linux, you can simply download it for free (some users suppose that Linux is the best variant for Litecoin mining– it ensures the best mining ROI). However, undervolting and overclocking is always better with Windows thanks to its powerful drivers. Windows 8 and Windows 10 are pretty good for mining. Although you can install an OS with a thumb drive, some prefer loading the OS from an install CD– do as convenient for you.

Advantages of mining on Linux OS:

- It already comes with mining software

- Its EthOS version is tailored for mining altcoins

Now when the hardware and software are ready, you need to assemble the mining rig. Follow these steps to finish the process:

As soon as the hardware is assembled, you need to install OS and the corresponding mining software. Prior to installing all six GPUs, you can try connecting only one. If the processor sees it, and it’s working properly, install and connect all the rest. If the CPU cannot find them, you need to install drivers and specify the paths manually.

Double-check that things are working properly and make sure that cooling is sufficient– GPUs emit a lot of heat. To guarantee minimum downtime, try WatchDog timer– it reboots the mining rig in case of power outage and system failures.

Cryptocurrency is all around us, and there’s the whole gamut of possibilities to make money on it. If you need passive income, building a Litecoin mining rig is the golden opportunity you shouldn’t let slip by! Invest in hardware, follow this guide to create the rig, and soon you’ll be a proud owner of brand-new Litecoins.