What is a Decentralized Exchange (DEX)?

Eric Eissler
Remaining anonymous and still using an exchange is possible with a DEX, but there are downfalls 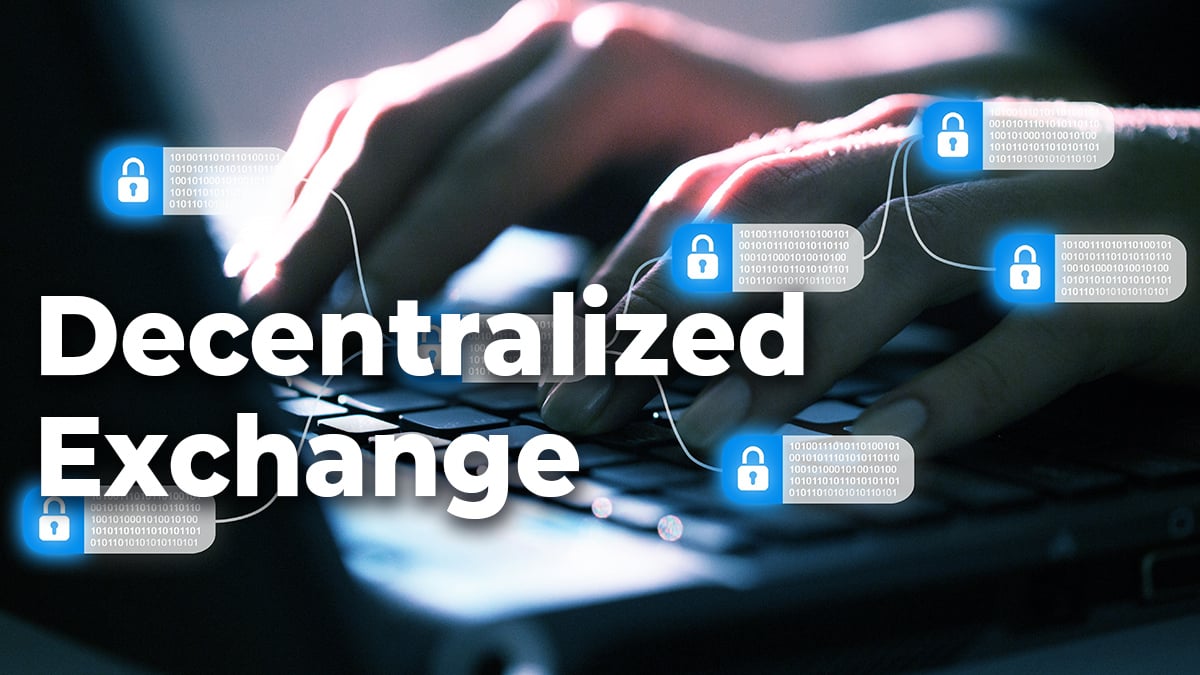 In an era of decentralization made possible with the advent of Blockchain technology, we are seeing many everyday things that we use start to shift from centralized to decentralized forms. Bitcoin is the best example of this as it is a currency that does not have a central issuer, instead, it is controlled by all the millions of miner nodes on the network. There is no central authority figure who is controlling it all. So how can decentralization translate to an exchange? Sure there are crypto exchanges, such as Coinbase, Gemini, Bittrex, etc., but these exchanges are still centralized.

A decentralized exchange (DEX) is an exchange market that does not rely on a third-party service to hold the customer's funds, such as Coinbase. Instead, trades occur directly between users in a p2p network through an automated process. This system is created by making proxy tokens, which are crypto assets that represent a certain fiat or cryptocurrency. Another way to do this is to use assets, which can represent shares in a company for example, or through a decentralized multi-signature escrow system, among other solutions that are currently in development.

This system contrasts with the current centralized model in which users deposit their funds and the exchange issues an IOU that can be freely traded on the platform. When a user asks to withdraw his funds, these are converted back into the cryptocurrency they represent and sent to their owner.

Operational DEXs to check out

Decentralized cryptocurrency exchange platforms are all about anonymity. Consider them to be the distributed Blockchain-equivalent of centralized exchanges.

Government regulations that have entered into force have led to the adherence to strict identification laws. It is difficult to trade anonymously on a centralized cryptocurrency exchange platform. Just recently Coinbase forced all its users to add addresses, social security numbers and identity documents if customers want to continue using the exchange’s services. Who knows what kind of government reporting Coinbase will be forced to do come tax time in early 2019.

There is no need to rely on a third-party intermediary for user authentication. With smart contracts in place and a number of Blockchain protocol implementations, the entire system is built to provide trust-less authentication and authorization of crypto exchange transactions. The system is designed to run on it with the smart contacts enforcing the policy of the exchange and ensuring that users can’t double spend and that they are getting promised payments. The third-party authenticator is removed from the equation.

A decentralized exchange is owned and controlled by all the participants so there is no central authority that has custody of deposits. The control of the money is always in the hands of the customer since the network uses a p2p network. Smart contracts regulate and ensure the proper execution of trades and payments, which occur between users in the network. Additionally, users control their private keys as well as their funds at all times in a decentralized exchange. There are no issues between the exchange authority and the user so some issue, such as lost funds surface.

Potential to provide a platform that facilitates faster, cheaper and more cost-effective crypto exchange/trading transactions than centralized exchanges. The removal of the third-party authenticator drastically reduces fees and lag time before buy/sell orders are processed.

Centralized exchanges have easy to understand tabs and buttons on their websites, whereas many decentralized Bitcoin exchanges have a confusing exchange dashboard that takes some getting used to. These are not for the beginner, and since many people in the cryptosphere are new users, they are going to be left out, until the technology simplifies.

As of now most decentralized exchanges only support the basic cryptocurrency exchange functions: buy and sell. Many of the advanced trading features such as margin trading, stop- loss trading, etc. is one of the reasons why decentralized exchanges have not achieved much popularity in the larger cryptocurrency trading environment. However, as with any technology, we can anticipate that these features will be arriving in due course.

The DEXs out there do not have the ability to trade fiat at the moment which requires there to be crypto in the bank already, or the possibility to move it through another centralized exchange, which kind of defeats the purpose of using a DEX if you must pass through a centralized exchange first.

Since exchanges are not so popular with the masses, that means they have low volumes and low liquidity. This can be a big problem if there is a massive sell order that is executed and all the funds dry up. Users are going to be stuck trying to make withdraws until some buy orders come across the transom.

The future is here!