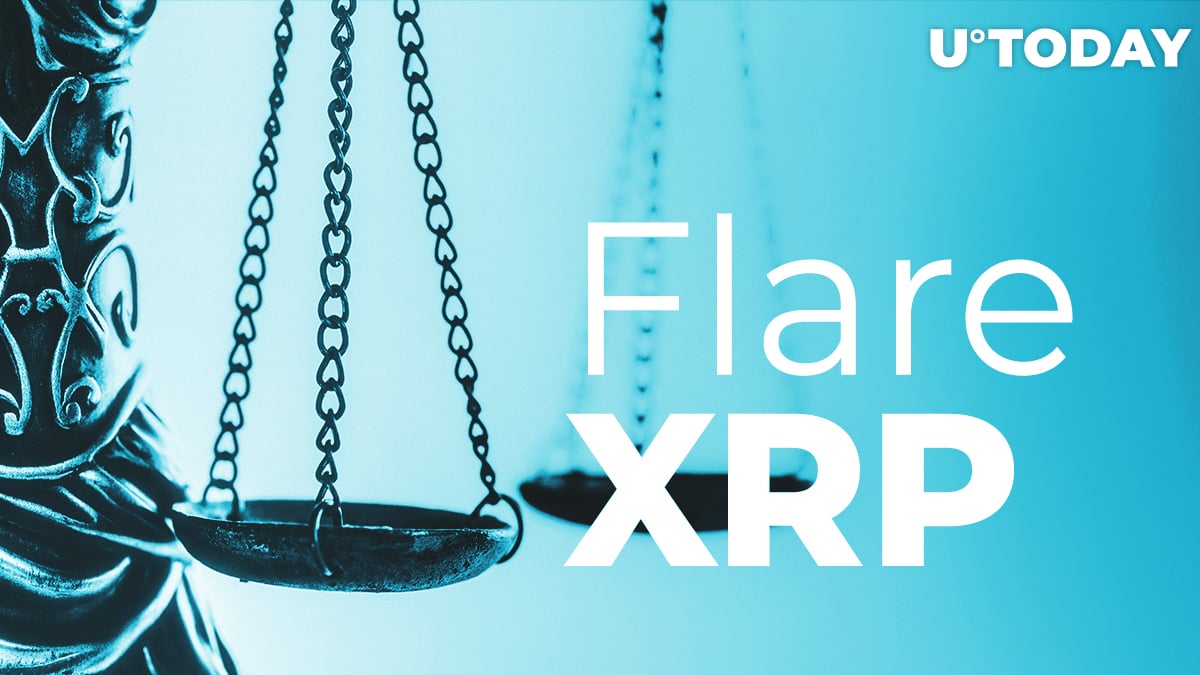 The community-managed Twitter account of Flare (FLR) enthusiasts dismissed the popular bearish narrative that insists that Flare and its Spark (FLR) token would be somehow affected by Ripple/XRP's legal conflict with the U.S. SEC.

FLR and XRP are "separate things"

Today, Feb. 16, 2021, a Crypto Twitter user named Brad Conway asked the administration and community of Flare Networks (FLR) to clarify the details of FLR token airdrops and their availabiliy on exchanges. He literally raised concerns about the exchanges that have already delisted the XRP asset.

As covered by U.Today previously, the U.S. SEC accuses Ripple Inc. and its masterminds, Brad Garlinghouse and Chris Larsen, of illegal securities offerings in the form of XRP tokens. When these accusations were publicized, some top-league exchanges decided to halt XRP trading.

Meanwhile, the Flare (FLR) community announced that FLR and XRP are "separate things," so Flare Network will not be affected by Ripple's legal issues.

It should also be noted that FLR tokens have not come into existence yet. They are available for trading only in the form of IoUs on some exchanges, including XRP-focused Bitrue.

More listing announcements will come when Flare Networks activates its mainnet. According to a recent interview with CEO Hugo Philion, Flare can go live in mainnet in May 2021.

Also, the Flare Networks team shared no plans for an additional airdrop. The only legitimate token distribution will take place after Flare mainnet launch. The snapshot of XRP balances for this one took place on Dec. 12, 2020.

The first portion of FLR tokens (15 percent) will be distributed in one month after Flare (FLR) mainnet launch while the rest of the tokens will go to XRP holders in 24-36 months.