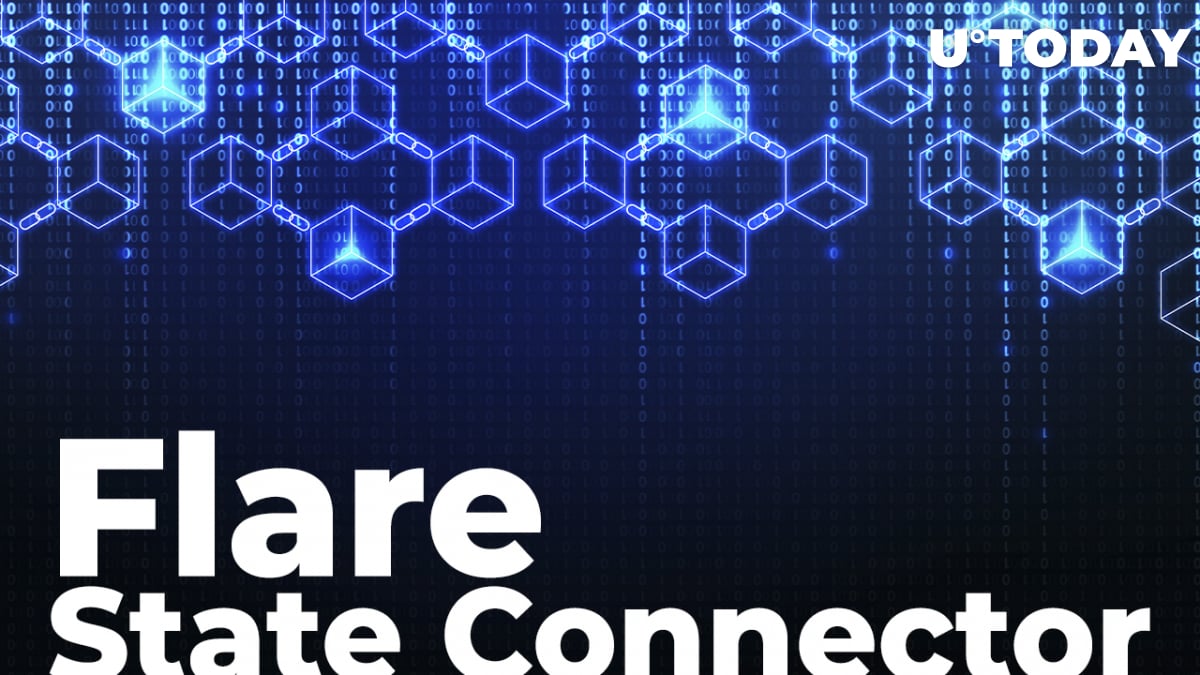 A new-gen interoperabilty instrument is designed to push the barriers of cross-blockchain interoperability without sacrificing security, decentralization and resource efficiency.

According to the official announcement shared by Flare Network's team, its engineers have successfully deployed a state connector to its canary network, Songbird (SGB). With state connector, the state of any on- or off-chain open system can be seamlessly verified through Songbird's smart contracts.

Flare's state connector works much faster than existing oracle- and relay-based protocols. It also does not reduce decentralization: working with state connector, every dApp enjoys the security of a full node.

Also, competitors' solutions are not blockchain-agnostic: they can be incompatible with certain types of DLTs and pre-compiled contracts. As such, the level of interoperability they reach is far from being adequate for the Web3 era.

Multi-purpose cross-chain infrastructure projects such as Cosmos (ATOM) or Polkadot (DOT) require the partners to conform to their own standards. By contrast, Flare's state connector does not require any code modification on integrated networks.

FAssets release is around the corner

Together with the Flare Time Series Oracle (FTSOs), state connector is a building block of the upcoming FAssets module that is set to empower non-programmatic blockchains (from XRP Ledger to Dogecoin) with the disruptive power of smart contracts.

Hugo Philion, CEO and co-founder of Flare, emphasizes that this release is of crucial importance to the progress of the Flare-Songbird ecosystem and Web3 as a whole:

The launch of the State Connector on Flare's canary network, Songbird, is a huge leap forward for Flare, as we accelerate towards the launch of our main network. It's also a huge leap for the blockchain space in general, with the State Connector providing a long needed and compelling solution for secure trustless cross-chain interoperability with any chain. The most exciting part is seeing what developers will build, taking advantage of the combined power of the Flare Time Series Oracle and the State Connector to access the value, information and liquidity on multiple chains via a single deployment on Flare.

As covered by U.Today previously, Flare Networks released Songbird as its "sister chain" or "canary network": it is designed to emulate different financial scenarios and experiment with them.

Related
Here's Why Next Flare Songbird Release Is Crucial

Once stress tests on Songbird are complete, the system will proceed toward the mainnet release of Flare (FLR).