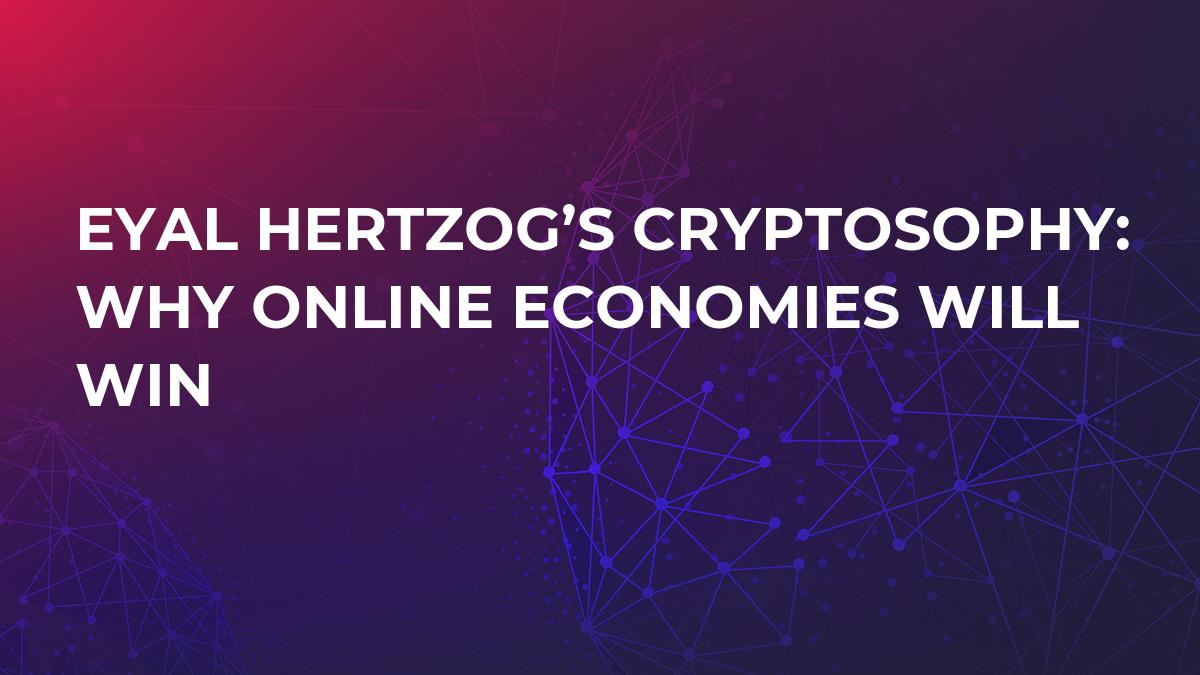 I’ve been an entrepreneur since the dot-com days, and I always thought there was only a single path to realizing a technological vision: founding and scaling a for-profit company. But there is a better model for building technologies based on decentralized systems and community-owned networks.

This new model is not an alternative to for-profit companies. Rather, it is a collaborative framework for creating an online economy made up of many for-profit participants who collectively provide an integrated set of solutions, sharing the same database, user base and currency.

The path to becoming an online economy inevitably involves defining a standard for value exchange.

“Currency moves energy in various forms (such as products, services and knowledge) between the people and organizations that participate in it. This happens much like blood moves oxygen between organs in the body.”

The first wave of online economies to utilize a non-national currency was centralized in nature- game currencies, loyalty points, and virtual world currencies operated by private businesses and in some cases traded in online exchanges. The first online economy not controlled by a central authority was Bitcoin, a simple, single, decentralized and permissionless digital currency.

The second major online economy to emerge was Ethereum, which added a programmable layer for “automated trustees” (aka smart contracts), providing solutions for commercial collaboration between parties that may not fully trust (or even know) each other.

Ethereum’s economy, which uses the ETH currency, is structured as a non-profit (as I believe economies should be structured). However, an economy without active for-profit participants can be compared to a company with no employees.

ConsenSys and Jaxx are two for-profit companies founded by team members who were part of the effort behind Ethereum and are now playing an important role driving its economic growth. They are motivated and mobilized by the ability to make a profit in this economy. Their profit is also indicative of the economy growing, benefiting participants, including those who bet on this economy by holding its currency.

The Ethereum case-study has clearly demonstrated that substantial profits, for the team, contributors and early adopters, are very much possible. This can be done without needing to generate profit from the economic entity itself (in this case, the Ethereum Foundation). This allows the project to focus on what economies should focus on: growth.

Individual companies are comparatively slower to scale, while online economies scale horizontally, through the work of many different entrepreneurs simultaneously. Since online economies use their own unique currencies, economic growth means that participating businesses will see the value of their tokens grow, enabling them to scale their operations as well. This is the essence of a distributed model and the main driver of its network effect.

As an example is the Bancor Network, an online economy providing technological solutions for liquidity. The token of this economy (BNT) is staked by participants, providing them with access to the liquidity network, which enables decentralized conversion of any integrated token.

Bancor is also managed by a non-profit foundation whose mandate is to grow the economy. This may even take the shape of empowering companies that were once considered competitors, to build services and solutions alongside the original creators. This accelerates adoption in this “infinity sum” game where all participants win as the online economy grows.

Bitcoin, Ethereum and other crypto networks have demonstrated the power of secure and decentralized currencies to yield vibrant online economies focused on cooperation over competition.

Big businesses can be painful. We all know it. They tend to become “evil.” It’s in their DNA because by nature they are incentivized to work primarily for their own profits, rather than for the growth of their ecosystems.

“It now seems that a model in which smaller businesses collaborate to provide solutions within a framework of online economies could deliver superior results across almost every vertical and be a lot more fun to build in the process.”

About the author
Eyal Hertzog

Eyal Hertzog is a cofounder and product architect of @Bancor. He is also the co-founder and former CCO of the popular video sharing website Metacafe. Hertzog grew up in Ra'anana, Israel and currently lives in Tel Aviv, Israel. He is also a musician.