Alex Dovbnya
??Jesse Powell calls The Block’s piece ‘an attack’ on his company and expects an apology from Mike Dudas 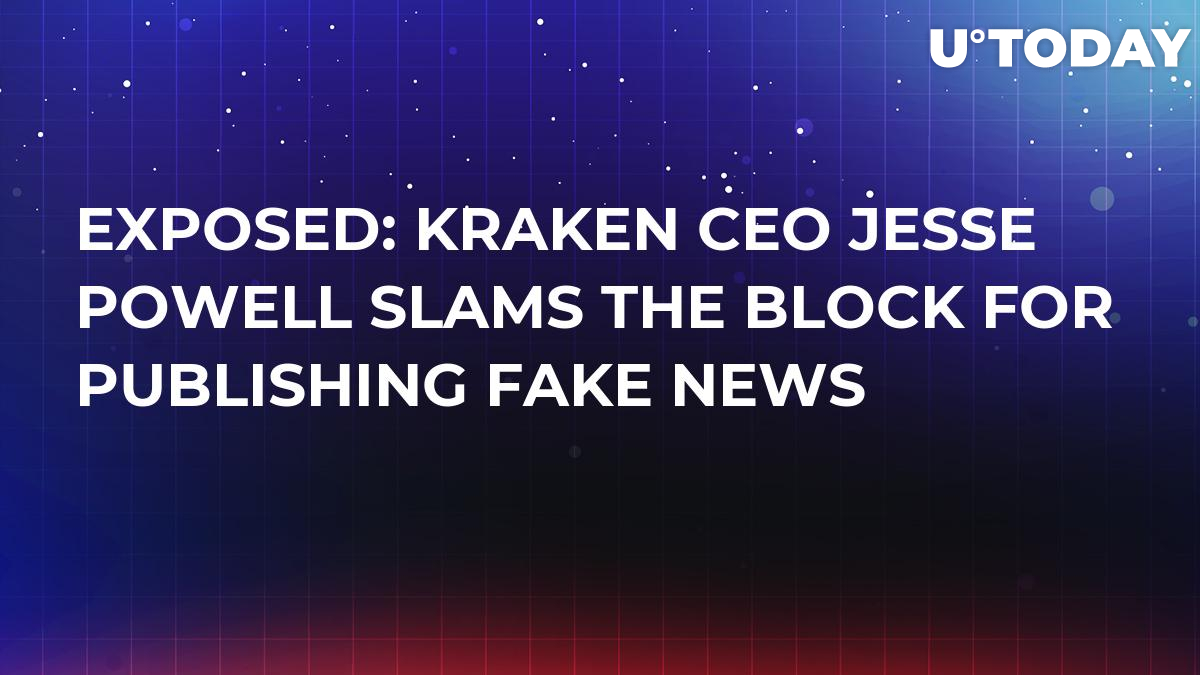 You didn't report "news". You wrote a heavily biased and negative opinion piece based on a one-off tip from a random guy with no effort to corroborate and no effort to seek comment from the company. Of course I'm going to defend myself. I will accept your apology as well.

A tip-off from an anonymous trader

The hit piece that was published by The Block on March 13 cites an anonymous trader who allegedly revealed how an institutional account executed a stop order ‘well below’ the set price. 10K worth of Ethereum (ETH) was enough for the asset’s price to dip 4 percent, which could be an indicator that Kraken wouldn’t report its true trading volumes.

Related
“Abusive and Controlling Ex”: Kraken CEO Once Again Puts New York on Blast Over Its Stance on Crypto

In response, Powell claims that the assumptions and conclusions that were presented in the article are factually false. Hence, it proves that the ‘trader’ behind the tip-off never had any basic understanding of the market. Apart from that, the article contains a lot of blatantly misleading information. For instance, the ‘10K worth of Ethereum’ remark would make uninitiated readers believe that $10,000 (or 76.28 ETH at the time of writing this article) would be able to affect the ETH price.

It was not accurately reported. There are numerous false and misleading statements in the piece. Since nobody over there seems to have a clue wtf is going on, I did your editor's job for you. Here ya go: pic.twitter.com/JnoeYqbn8W

Is The Block in bed with Coinbase?

Prior to that, Powell accused Dudas of being ‘an epic Neutrino apologist’ for trying to silence the #DeleteCoinbase controversy. The Block writer Larry Cermak claimed that Coinbase has no influence on their coverage, but Powell didn’t buy that.

With that being said, The Block readers have every right to be concerned about a potential conflict of interests. Dudas himself claimed that he has ‘multiple good friends’ from Coinbase, and the $8 bln exchange actually invested in his media company on top of that all.

As a journalist + lover of freedom, I'm devastated by the hiring of The Hacking Team members.