Alex Dovbnya
???After a major backlash, Coinbase is dropping all Neutrino employees who are related to Hacking Team 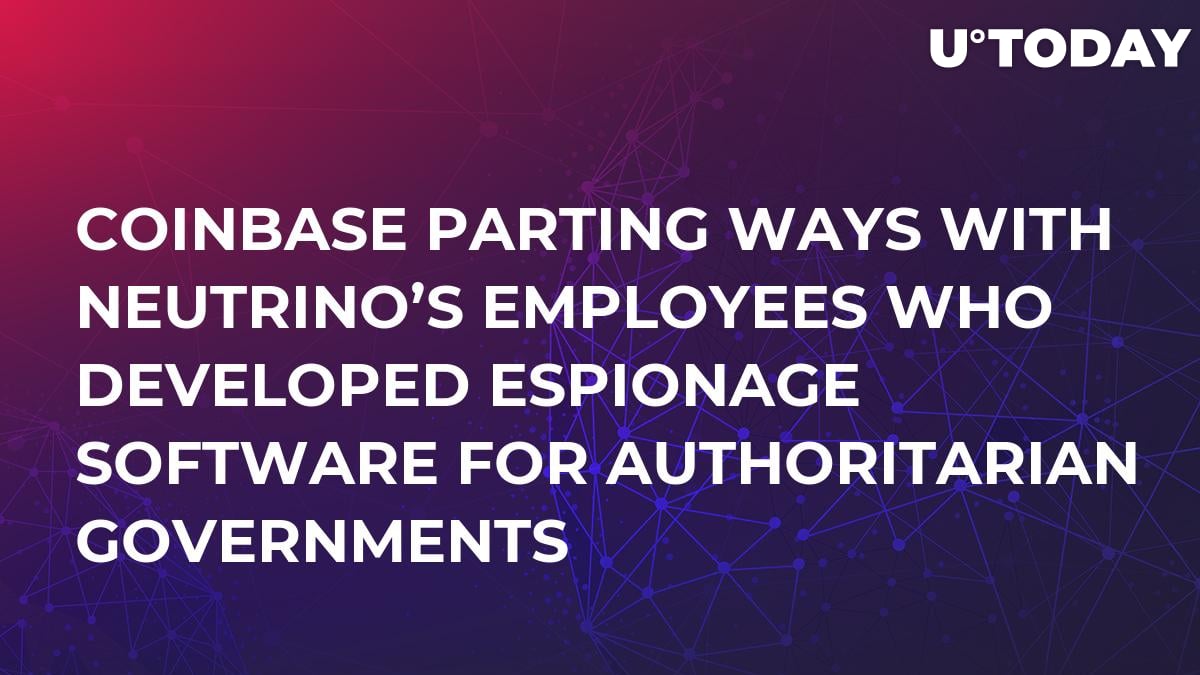 Coinbase CEO Brian Armstrong has just announced that the $8 bln exchange decided to drop those Neutrino employees who previously worked at Hacking Team. The move was prompted by a major controversy that even led to the #DeleteCoinbase campaign.

Coinbase got under fire

Crypto Twitter got furious with Coinbase’s decision Neutrino, the analytics company that helped the governments with poor human right records to spy on their citizens. Obviously, welcoming the hacking team to the family didn’t go well with crypto enthusiasts given that Bitcoin is an anti-authoritarian tech. Multiple users would start posting screenshots of them closing their accounts as part of the above-mentioned #DeleteCoinbase campaign.

Not that I’m @coinbase’s biggest customer by any stretch of the imagination, but I’m done.

I was never a fan, but this is too much. Thanks @davidzmorris, @arjunblj, @J9Roem for bringing this to light.

Living up to crypto values

Coinbase has more users than 21 mln Bitcoins, so a bunch of disgruntled Twitter users wouldn't probably harm the exchange, but ignoring the public outrage wouldn’t be a wise move for one of the biggest crypto-oriented companies in the world. Eventually, Armstrong addressed the controversy and parted ways with the members of Hacking Team (including those who are no longer affiliated with the company).

Coinbase acquired Neutrino since the company has strong ‘technological capabilities’, but they failed to dig deeper in order to see a bigger picture. Eventually, they came to the conclusion that keeping the Hacking Team employees would be inconsistent with their values.

Getting praise from a rival

The move was praised by Kraken CEO Jesse Powell, claiming that he has tremendous replace for Coinbase. However, he previously criticized Coinbase’s decision to allow its users to store their keys with the help of popular cloud services (Google Drive and iCloud).

Tremendous respect for the biz you've built, the product, contribution to crypto accessibility and your charity work. Would love to hear your personal philosophy, thoughts on crypto ethos, Friedman doctrine and corporate social responsibility. What is success for you/CB/crypto?