“Abusive and Controlling Ex”: Kraken CEO Once Again Puts New York on Blast Over Its Stance on Crypto 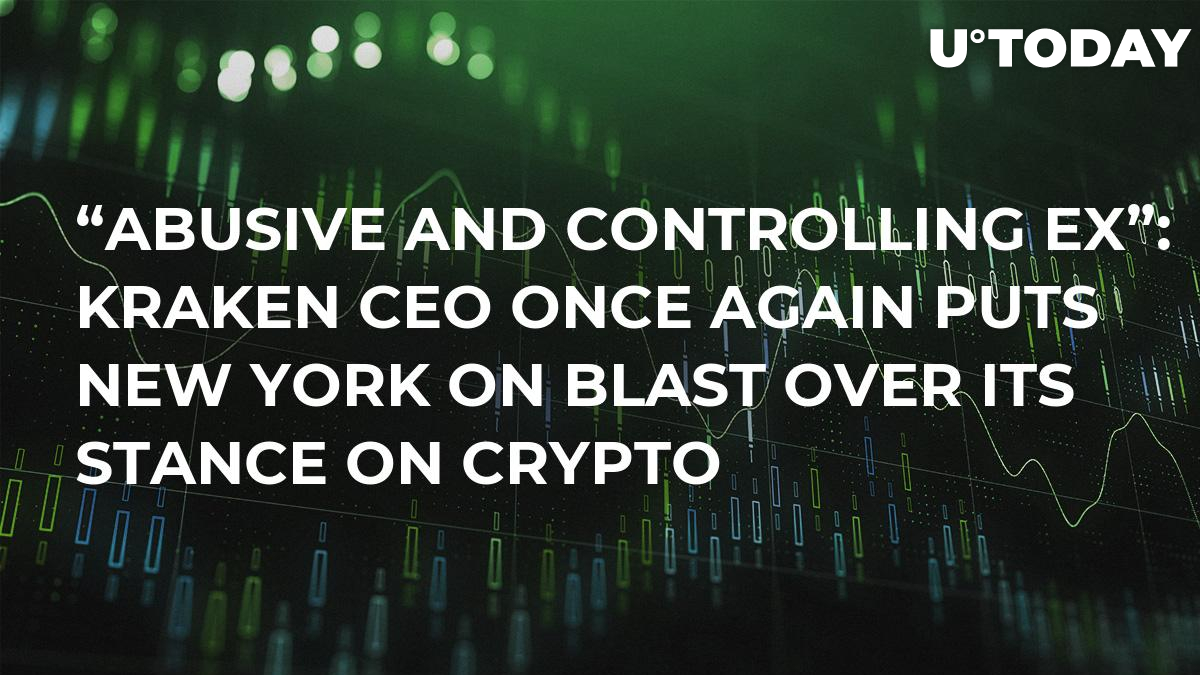 Kraken CEO Jesse Powell once again lashes out harsh criticism at the state of New York after its AG accused the exchange of breaking the law. As U.Today reported earlier, the AG report implied that Kraken and other cryptocurrency exchanges are enabling market manipulation.

It didn’t take long for the Powell to respond on Twitter. He draws a parallel between New York’s stance on cryptocurrencies and an abusive ex-partner who keeps stalking you despite the relationships being over a long time ago.

NY is that abusive, controlling ex you broke up with 3 years ago but they keep stalking you, throwing shade on your new relationships, unable to accept that you have happily moved on and are better off without them. #getoverit https://t.co/DC5S1WyRnp

Indeed, the relationships between Kraken and New York ended back in 2015 after the company left the state’s jurisdiction, not willing to comply with the onerous “BitLicense” regulatory framework.