Thomas Hughes
The crypto market is showing steady signs of improvement, adding over $6 billion to the overall market cap in the last 48 hours. 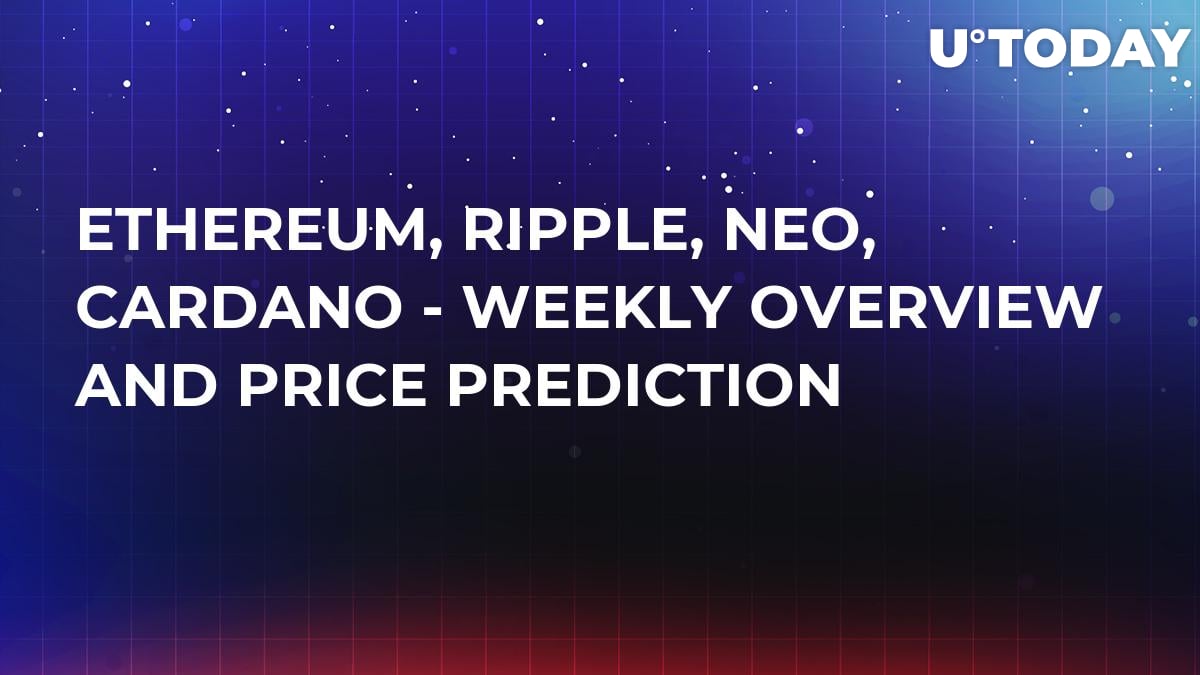 The crypto market is showing steady signs of improvement, adding over $6 billion to the overall market cap in the last 48 hours. Bitcoin is also hinting at a stronger recovery but the O.G. cryptocurrency is not the only one in green, and certainly not the one moving the most. Ethereum, NEO, Cardano, and Ripple have all seen improvements and look like they could extend their gains.

Ethereum has widened the gap between it and Ripple, the difference between the 2nd and 3rd ranked cryptocurrencies are now close to $2 billion. The widening is due to a massive surge in price for ETH, while XRP is trading only slightly bullish.

After successfully breaking resistance between $125 and $130 Ethereum is now trading at $140. The world's most advanced blockchain has added more than 15% in the last 7 days, with more than 10% over the last 24 hours, and momentum is building. The caveat is that the RSI is already in overbought territory (above 70) on a 4-hour chart and that price has been moving straight up for a substantial distance which means it is susceptible to profit-taking. While I expect to see ETH up by the end of the week, we will likely see some bearish retracement before then. 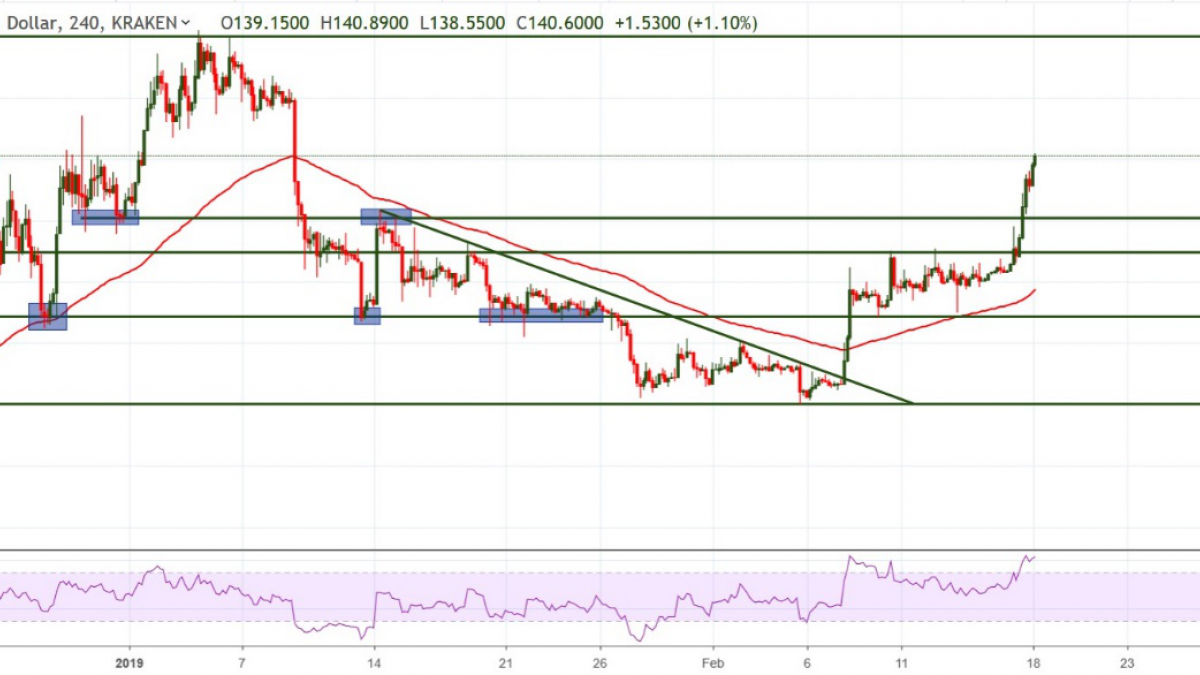 With a market cap of just over $550 million, NEO is currently ranked at number 17 according to CoinMarketCap data. The coin added almost 9% over the last 7 days and is trading near $8.60 right now. NEO has bounced and moved above the 100-period Exponential Moving Average on a 4-hour chart which opens the door for a touch of the key resistance at $10. This is both a technical and psychological level which is very important regarding the medium to long term movement. Considering the way NEO has been moving, and the fact that it is not yet overbought, a touch of $10 could come as early as the end of this week. 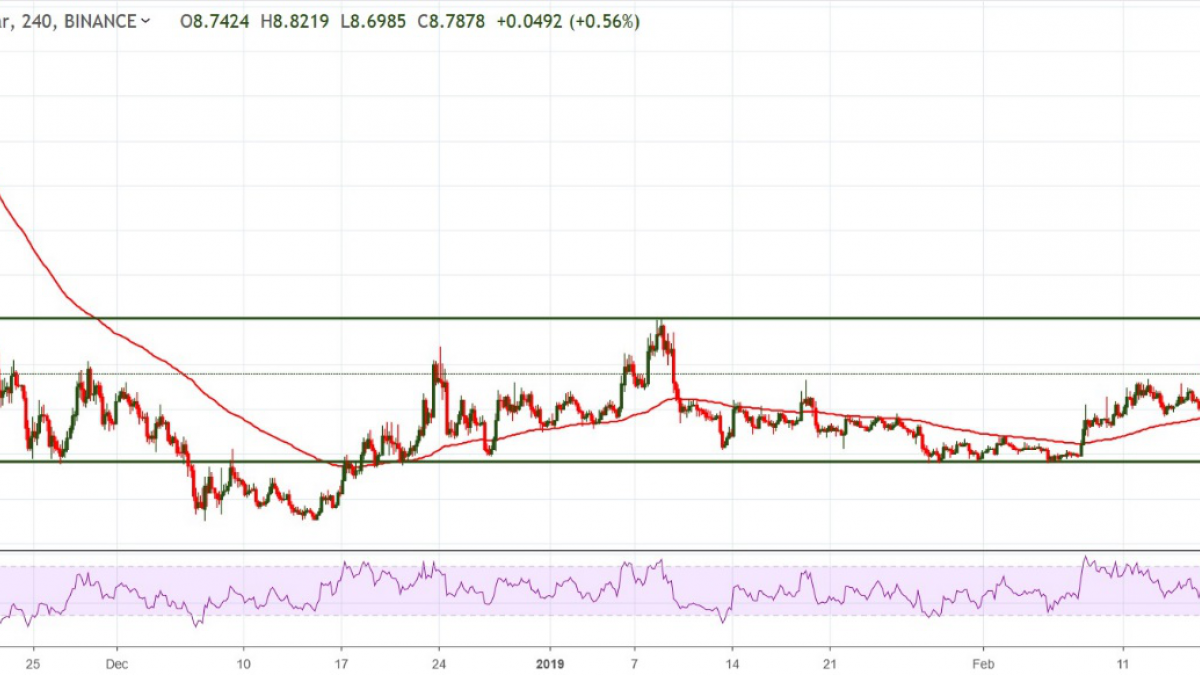 Cardano is sitting at number 12 in the market cap rankings. It’s currently trading at 0.043 against the US Dollar and has added 5.58% in the last 24 hours. It seems like, after a period of sideways consolidation, ADA is waking up and aiming for resistance near $0.048. The 100 period EMA is relatively flat but with a bullish bias and so far offering good support. The RSI is just entering the overbought territory, a sign of strength, so we may see a touch of 0.048 by the end of the week. 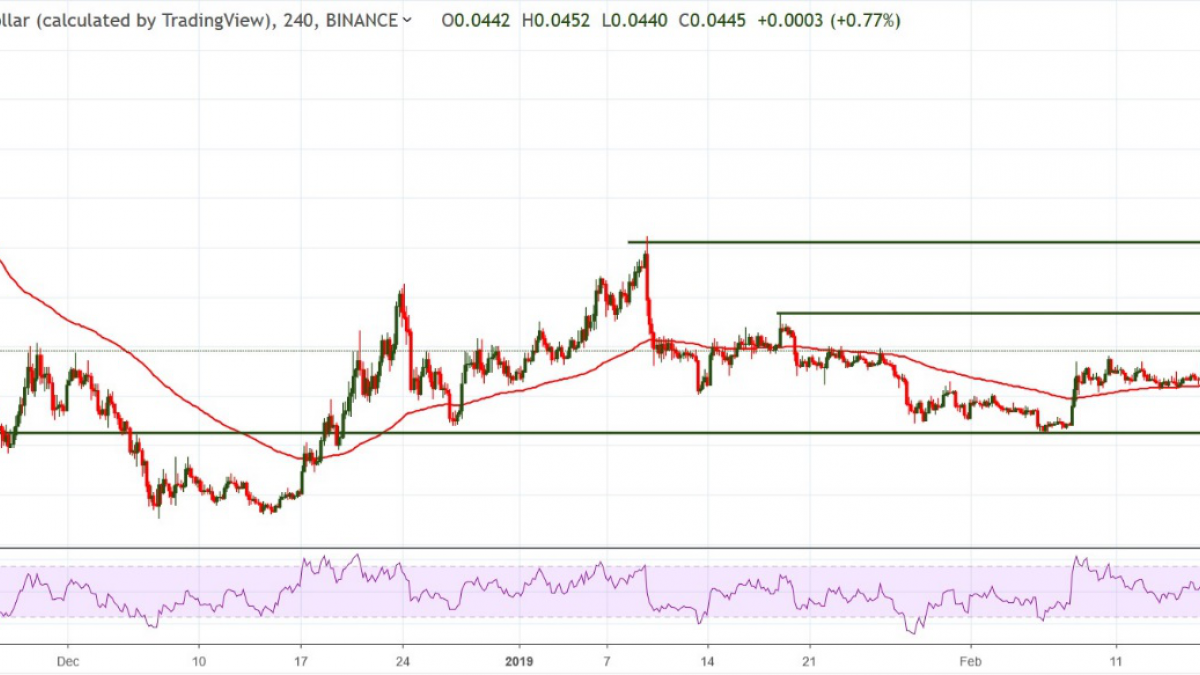 Occupying 3rd place by the value of the total circulating supply, Ripple’s XRP is currently trading at $0.31 after spending an extended period hovering near $0.30. The pair is facing minor resistance at $0.32 that is so far holding price in check. We are now dealing with a classic “bounce or break” scenario in which price will move into the next resistance ($0.35) if it can successfully break $0.32 or it will drop towards $0.28 if the current resistance holds. We should know which scenario is more likely to come true by the end of the week. 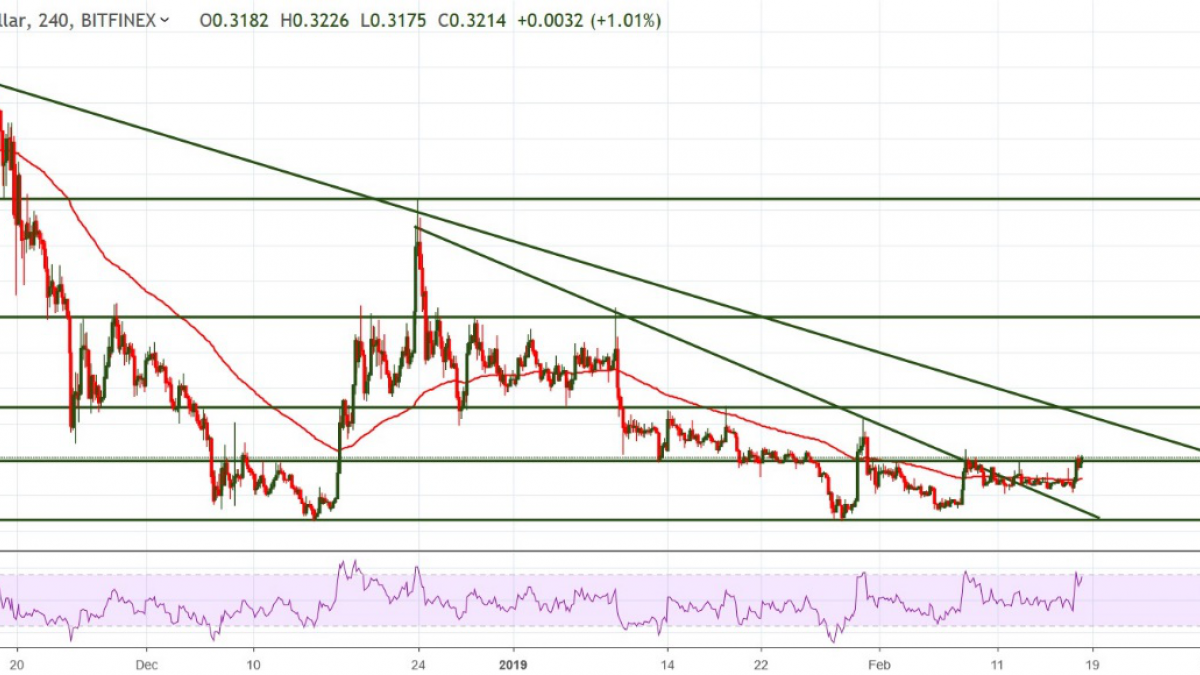