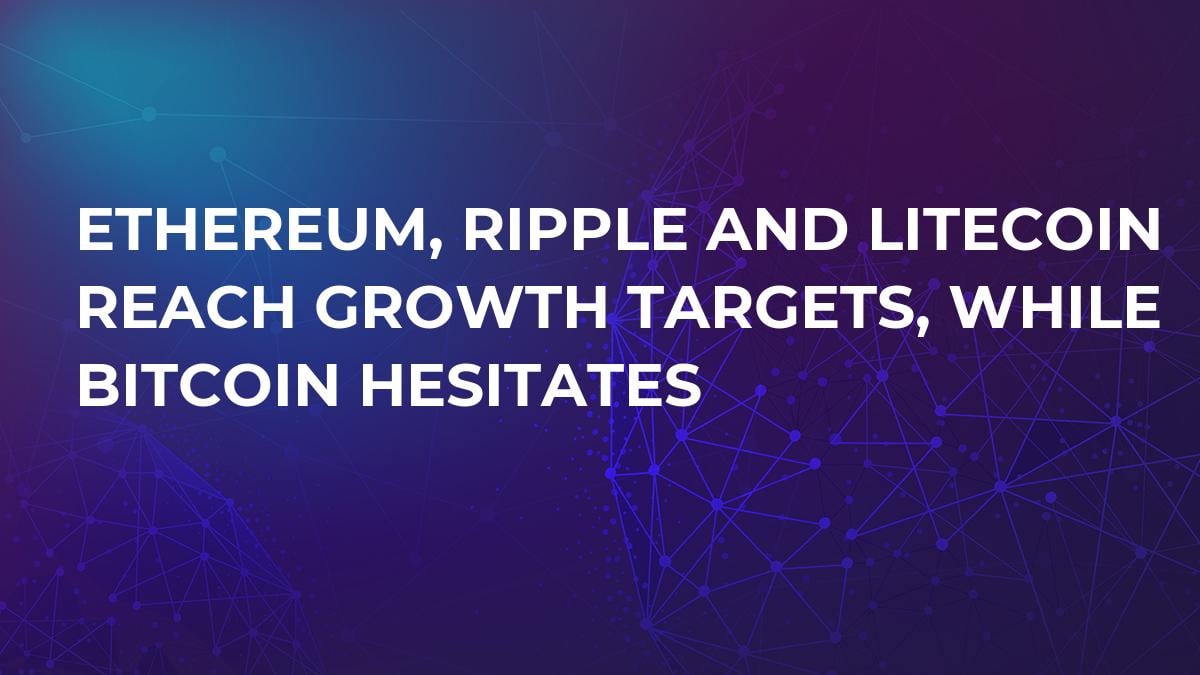 The market is growing, Bitcoin is not. This short phrase is enough for an exhaustive description of the current situation. If you just look at the price of the main asset, growth is not apparent: most investors expected a reprise of the winter scenario when Bitcoin set the direction of the movement initially and altcoins entered the game a month later. Now we see the opposite situation and, most likely, the profits earned on the growth of other assets will eventually become fuel for the heavyweight Bitcoin.

Meanwhile, the primary cryptocurrency is losing ground: while the market capitalization grew by another $20 bln in 24 hours (up to $360 bln),

BTC dominance fell to 38.5 percent. One and a half percent is a record daily decline in this indicator since the beginning of the year. This leads us to believe that growth is supported in large part by money which is already in the market, rather than an inflow of "fresh blood."

When the last signs of FUD (which are already fading out) finally give way to a positive informational background, we will see another rally, funded by the resources of new investors.

Bitcoin has not yet earned back the love of investors, the best confirmation of which in the cryptocurrency market are, of course, volumes- they remain at an average level. Therefore, the buyers only managed to fulfill the minimum goal set for yesterday, keeping the price above $8,200. At $8,380 there is a mirror resistance level, which exerts more pressure on the asset than we expected. After overcoming this level and breaking the “double top” pattern, the bulls can test their strength in reaching the next target range of $8,600-$8,700.

Keeping in mind the presence of a manipulator in the market, the price movements described above could be called “small potatoes,” although out of respect to the oldest asset, the official term is “organic growth.” At any moment, we could see a long green candle (like the one that turned the market around on April 12), or a red one with a length of $500-$700.

During the weekend, the prospective target for buyers is the interval of $9,200-$9,300, coinciding with a strong mirror resistance level. However, it is quite likely that some investors will decide to book profits at the psychological mark of $9,000. In case of negative developments, Bitcoin can fall back to the nearest resistance at $7,800-8,000. We also continue to keep in mind the level of $7,500, but the likelihood of reaching it has diminished since yesterday even more.

As we expected, the prolonged lateral trading in the range $490-$530 ended with Ethereum’s growth to the first of its short-term goals - $580. The error was less than one percent, as the previous day's high was in fact $588, followed by the expected fallback.

With the bullish sentiment still prevalent on the market, the depth of the fallback should not be too great- according to our estimates, buyers will find support at the 0.382 value of the Fibonacci grid, at $555, and the minimum price in the near future should not fall below $530.

Even in that case, the аscending channel will not be broken. The next target for the bulls has not changed- it's $615, and under favorable circumstances, it can be reached within the next few days.

We invite our readers (especially those, who follow our recommendations) to celebrate- another goal has been executed with perfect accuracy. By the end of the week, Ripple has reached $0.75 and $0.86 and now deserves a break for the weekend. For continued growth, the asset will probably need to stay at lower levels for a bit.

It is possible that after breaking the ascending channel, the price will form a bullish pennant when it is retested. This will allow for the continuation of upward movement, with the goal clearly visible now at $0.95. However, the asset is already looking overbought, so the correction to the range of $0.79-$0.77 is more likely.

Growing volumes confirm that Ripple is not forgotten, and investors can expect to see good profits in the medium term.

We conclude our review with the chart of Litecoin, which did not fail us and has gracefully moved through the ascending channel to the $150 mark. In accordance with market law, the asset must now cool down a bit, and it will be doing so around $142.

Given certain fundamental problems, in the context of a Bitcoin correction, its younger brother is risking a test of lower levels and the boundary of the ascending channel. In price terms, this is $137. And if the market continues to grow, then the next stop, theoretically, can be at $160.

Let's not forget that Litecoin is a dependent asset and does not possess the self-sufficiency of Ripple, for example. So, if our readers really want to trade it, they must carefully monitor the situation in the market as a whole.