Ethereum (ETH) Might Be Seconds Away from Breakdown Despite Merge Hype: Crypto Market Review, September 7 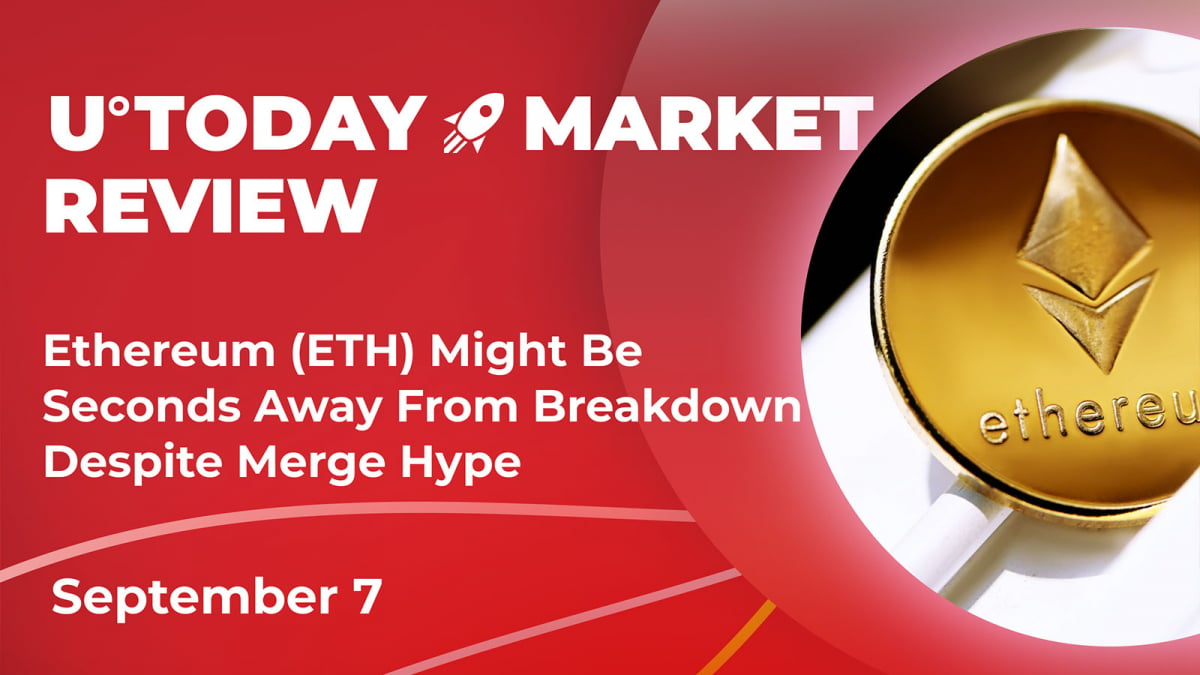 The Ethereum Merge hype is going at full speed, as most validators and miners have already prepared their equipment and software for one of the biggest updates in the history of both the network and the cryptocurrency industry. Despite its significance, traders and investors are pushing the price of Ethereum to a critical level.

Ethereum at risk of breaking support

Despite all the hype and positivity, the situation on the market for Ethereum remains critical as the second biggest asset on the market loses growth momentum and is now trading right at the trendline support level which, if broken, puts investors at risk of seeing ETH at $1,000.

The lack of a support level beneath the trendline is the main problem for the market right now, as the cryptocurrency has no chance to form any kind of foundation that will help it to bounce quickly enough.

Despite the problematic nature of the current situation of Ethereum on the market, the asset still outperformed almost every major cryptocurrency. According to the trading history of Bitcoin and Ether, the latter beat the former by more than 10 times with 72% from 2022's bottom against BTC's 7%.

The Merge update is expected to go live around Sept. 13, which coincides with the CPI data release, another strong volatility source for the cryptocurrency and financial markets. In case of a successful update, we might see a corresponding price performance of the second biggest cryptocurrency on the market.

Bitcoin is taking a hit

As we have mentioned in our previous market review, Bitcoin was set for yet another plunge considering the lack of growth factors and upcoming stress from the CPI data release and the FOMC meeting.

Since yesterday, Bitcoin lost more than 5% of its value, returning to a level not seen since the middle of July. Such an unpleasant turn of events confirms that the market is still in a downtrend and has not yet had a chance to exit it.

It is expected that we will see a recovery after at least one of the aforementioned events brings some relief to the market, reflected in tamed inflation or an unexpectedly low rate hike which will cause a reversal of the U.S. dollar.

According to the heatmap of the cryptocurrency market, almost every sector, including alternative coins and tokens, remains extremely red. But if we take a closer look at each pair on the market, it becomes clear that most assets are not losing that much of their value and show neutral performance in the last 24 hours.

Cardano, for example, is only at a 0.02% loss against USD and 0.37% growth against BTC. In addition to neutrality, ADA is showing all signs of a reversal: the "hammer" candlestick pattern, descending volume during a downtrend.

Memetokens and coins like Dogecoin and Shiba Inu are also showing mild growth in the last 24 hours despite the breakdown they had yesterday. The market seems to be avoiding a panic sell-off like we saw back in May or even at the beginning of June.

The main reason behind the relative calmness of the market could be tied to the lack of liquidity and participants who have left digital assets behind after Bitcoin plunged below 2017's ATH.