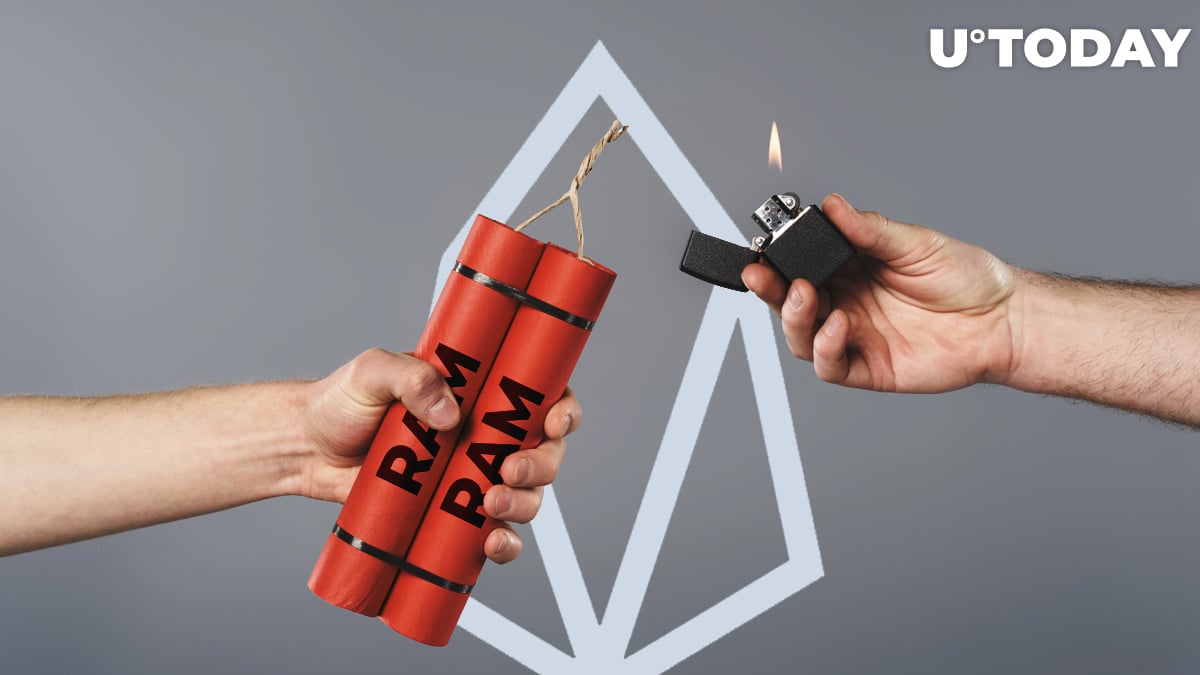 Participants in the EOS community expressed their concerns about the new airdrop. Its organizers ask EOSians to "mine" their token by sending some EOS to their contract. However, the thing about this token is that each coin occupies 1KB of RAM of the sender's EOS account. Therefore, the project attempts to tokenize the EOS RAM in a similar manner to the one that was recently tried with the CPU.

Related
EOS Congested, Will dApps Start Migrating to Tron or Other Blockchains?

The scheme looks quite ingenious. Those who are interested in the airdrop send some fractals of EOS to the project's "mining address". This address then sends the participants some project tokens that occupy 1 KB of RAM of the sender's account. The organizers warn the following:

Make sure you have enough memory on your account,

One account can participate up to 100 times, or just let the project lend 0.1 MB.

In the next stage of the scheme, the EOS account holder sends tokens to the project's address in numerous iterations. During this process, new tokens are to be mined, in which some of them will be destroyed to bootstrap this process. In short, boosting the RAM price by rapid demand growth is the economic basis of the model.

Could the Consequences be Disastrous?

Despite the fact that the interest in this airdrop is not there, some EOS users and analysts warn of the possible formidable effects on the network. The following was said:

One of the most common things to do in EOS is to airdop tokens. (...) But if the price of RAM were to go up dramatically, this will make airdrops prohibitively expensive. Users would have have to fork out EOS to purchase additional RAM.

Half a year ago, the EOS community managed to address the issue of RAM manipulations very quickly. During the recent and infamous CPU congestion, some users suggested dumping the price of the airdropped token in order to undermine its tokenomics.

At the time, the documentation of new "RAM-speculation" project contains only one GitHub repository developed by one contributor with a newbie account. The token is only traded on the EOS-based DEX with statistics unknown to CoinMarketCap.

Have your ever participated in airdrops? What is your maximum ROI? Tell your story on Twitter!