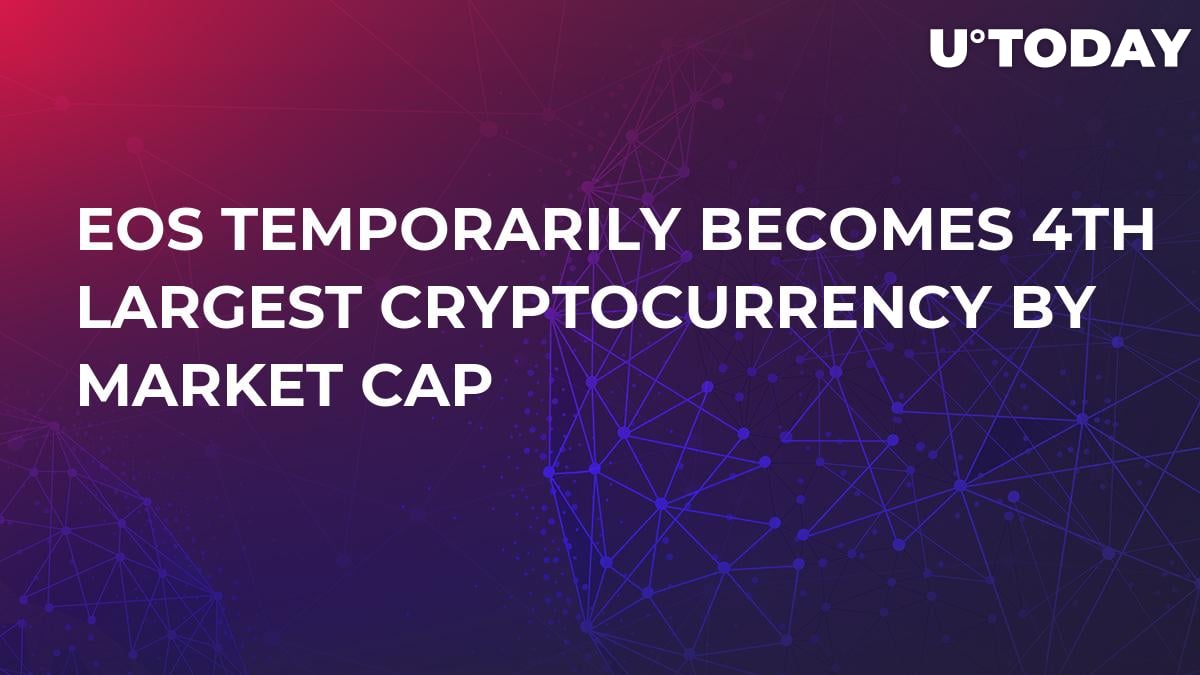 In the aftermath of the weekend sell-off, EOS surpassed Bitcoin Cash to become the 4th largest digital currency. However, the “flipping” was short-lived, mainly because Bitcoin Cash recovered almost 25% over the last 24 hours, while EOS posted just a 4.49% gain over the same period. Volumes remain low for both currencies, which is true for the entire market — just below $19 billion over a 24-hour period.

Charts at a Glance – EOS/USD 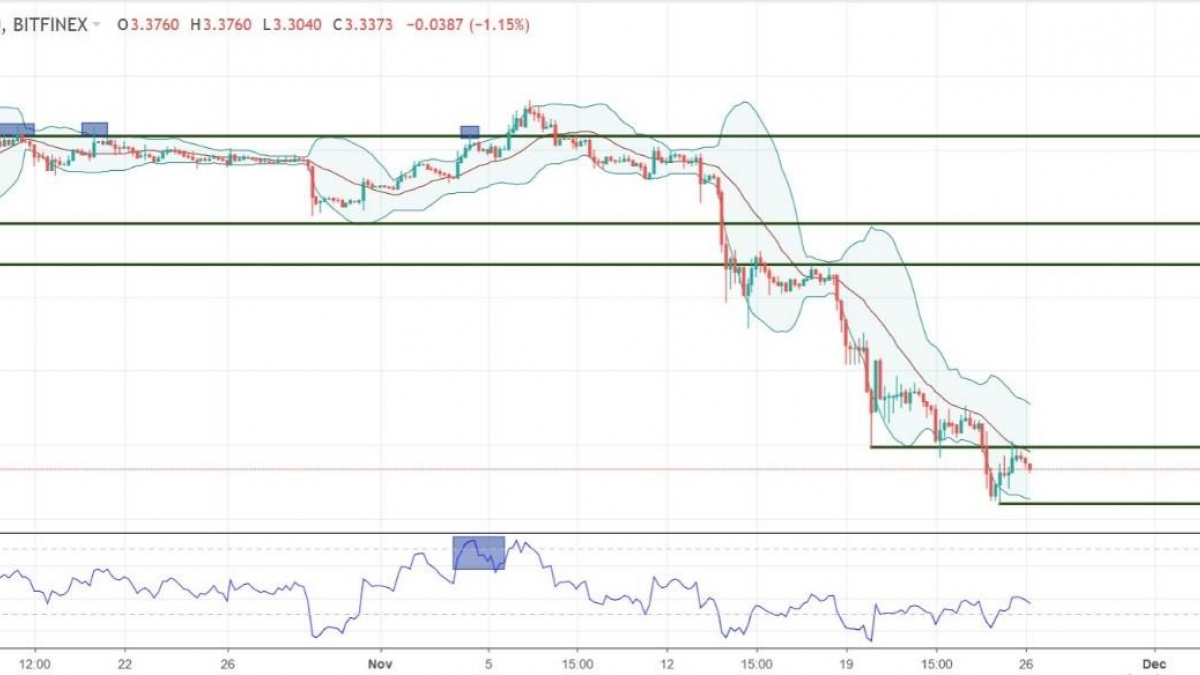 The pair continued its selloff and dropped below the previous support at 3.50, reaching a low at 3.09 on Bitfinex and 2.91 on Kraken. After the low was created, the price bounced and retraced higher, but it found resistance at the previous support, which also coincides with the middle line of the Bollinger Bands. From here, there’s a high probability of another drop that will break the 3.00 mark, headed for 2.50.

While the main outlook is bearish, the Relative Strength Index on the daily chart is oversold, which opens the door for a stronger retracement, possibly to the upper Bollinger Band. As long as a higher high and a higher low are not printed on the chart, price action favours the sell side.

Most likely scenario: drop through support