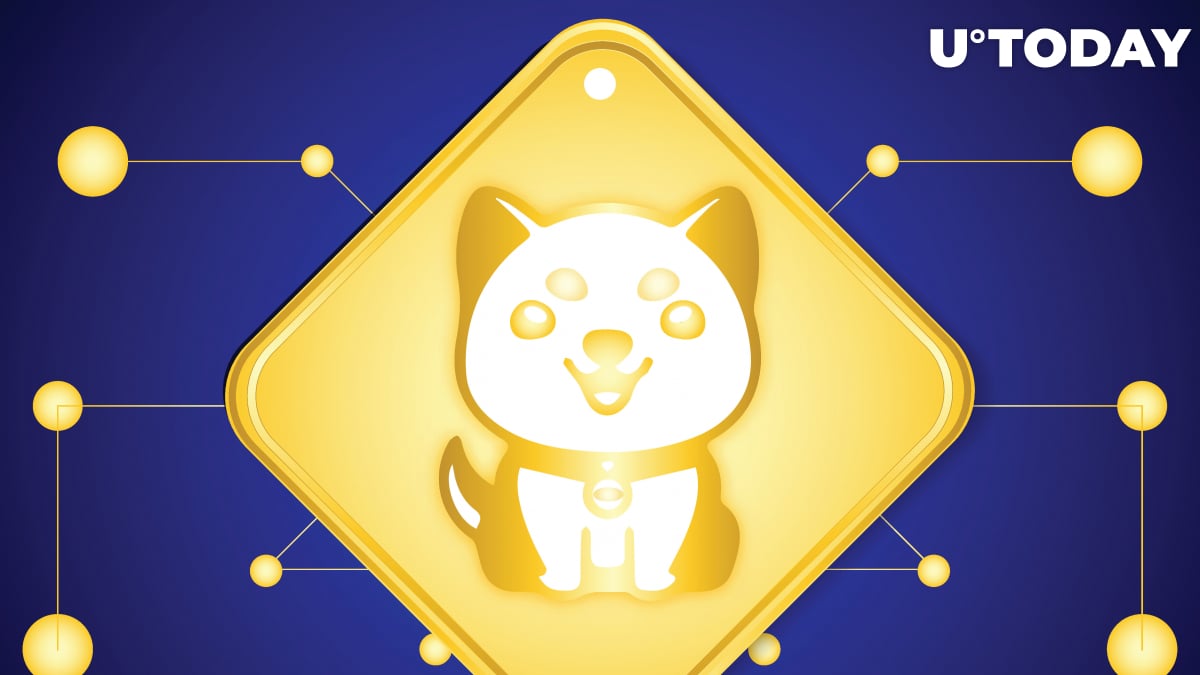 Baby Doge, a Dogecoin offshoot that has caught the attention of none other than Tesla CEO Elon Musk, has rallied over 20 percent despite a major sell-off gripping the cryptocurrency sector, CoinMarketCap data shows.

However, the coin's market is only a minuscule $4.7 million, meaning that it is highly volatile.

As reported by U.Today, Bitcoin recently plunged below the crucial support level of $30,000, breaking out of a long-forming trading range to the downside.

With most altcoins performing even worse, the entire cryptocurrency market has lost roughly $106 billion over the past two days alone.

Dogecoin is also under severe pressure: the top dog plunged to $0.159, its lowest level since April 23.

The massive success of Dogecoin and Shiba Token has expectedly birthed a slew of similar cryptocurrencies that are trying to get a piece of the canine craze.

Baby Doge, however, is the only one that has managed to score a Musk tweet, which seems to be a prerequisite for success when it comes to meme coins. On July 1, the eccentric Tesla CEO posted what appears to be his version of the "Baby Shark" song that mentions the Dogecoin offshoot.

So far, the Baby Doge Twitter community has 147,200 followers, which is an impressive feat for a project that was launched just two months ago on Binance Smart Chain. However, it is not clear how many of these followers are actually real.

BabyDoge aims to fix the scaling issue of its canine predecessor by speeding up transactions 10 times. Notably, the fix was proposed by Musk himself back in May.

The project also incentivizes buyers not to sell their tokens by offering them rewards for holding the token. Selling Baby Doge will incur a 10 percent fee, half of which gets proportionally redistributed between all holders. The other half will be used to add liquidity to the BabyDoge/Binance Coin liquidity pool on PancakeSwap.

With Dogecoin's popularity waning, it is unlikely that it will be able to ride its coattails for much longer.